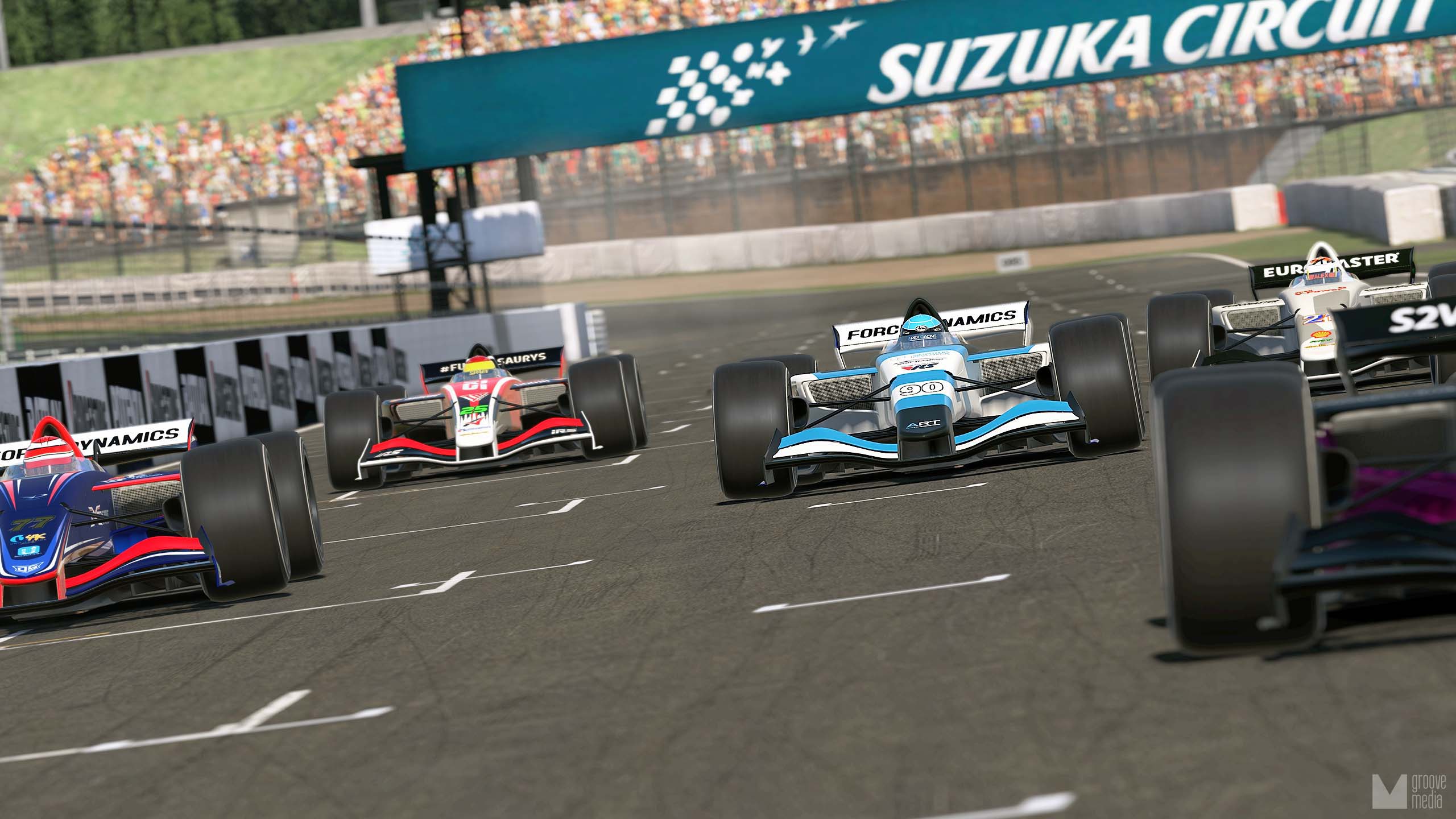 By Andy TaylorNovember 13, 2021No Comments

Games at Suzuka leaves us with a showdown for the final round.

With Yohann, Michele and Ben out of the running for the overall championship win, it was always going to be a team effort to get Peter the win he needed to stretch his lead and take some of the pressure off, going into the final round.

However, a poor qualifying (on off track on his second lap) left Peter a mountain to climb starting from 9th. But with Michele claiming another pole and Ben in 4th, there was still a chance to work this into Pete’s favour. Yohann starting at the back due to a Q ban (for points accumulation) appeared to be out of the support team for this one.

A poor start from Ben left Michele fighting alone up front with Maarten Van Loozenoord and Matteo Ugoloti. Some great racing ensued until the other R8G Esports cars began mixing it up with Michele after the pit stops, and proceeded to play the ‘slow down/interference’ strategy, effectively letting Maarten and Matteo to escape at the front.

Meanwhile, Yohann, on another one of his untouchable drives, had passed almost the entire field and joined the chasing pack of Apex drivers.

The earlier games had proved too much of a gap to close though, despite Yohann giving Peter the slip stream of his life on a monster final stint. With off tyres, due to pushing so hard, it was inevitable that Yohann wouldn’t keep this pace up to the end, and Peter slipped past to rescue a Podium in 3rd place.

Michele Costantini —
“The day started off pretty well for me with another pole position, two in a row and three out of nine races so far, which I’m quite content with. The race was another story unfortunately, a few nice laps battling with Maarten up front, but unfortunately, with Yohann starting from the back, Peter invalidating his lap in qualifying and Ben having a bad start, it was just a matter of time before Maarten’s teammates got up to me and started slowing me down to let him escape, which is, unfortunately, how these races go. For now, this is how the season will play out until the end, so just need to get used to it and make the most out of it to help Pete out for the championship. The Hungaroring is one of my favourite real life tracks, so hopefully I’ll be able to bring the pace there and fight up front for one last time this year.”

Peter Berryman — “Overall super pleased to finish 3rd starting 9th which means I keep a 2 point lead going into the deciding race in Hungaroring. Still some disappointment as we had a really fast and probably the fastest car on track but couldn’t do anything with it as we were stuck fighting other cars which allowed the front 2 cars to gain a massive lead that we ultimately couldn’t quite overturn due to our compromised strategy to clear the cars around us. Ultimately, my mistake invalidating my 2nd Q lap is what hurt me. Hopefully that mistake isn’t costly, and we get the job done next week, as Suzuka could have easily been a Win for myself without it.

Looking forward to next week, I’ll approach it the same as every race, to try and Win, but of course the real goal is to finish ahead of my Championship rival no matter the position. Going to give it everything I have. I have been on the back foot at most races this season, and I’m still banging in results, so I know I have what it takes to deliver when the stakes are at their highest.”

Yohann Harth — “Another good drive from the back. +15 spots, and it could have been way better if we didn’t lose so much time during the first stint behind interesting traffic, to say the least. The car was an absolute rocket ship in race trim, and I’m looking forward to the last round. Let’s go get it for Pete!” 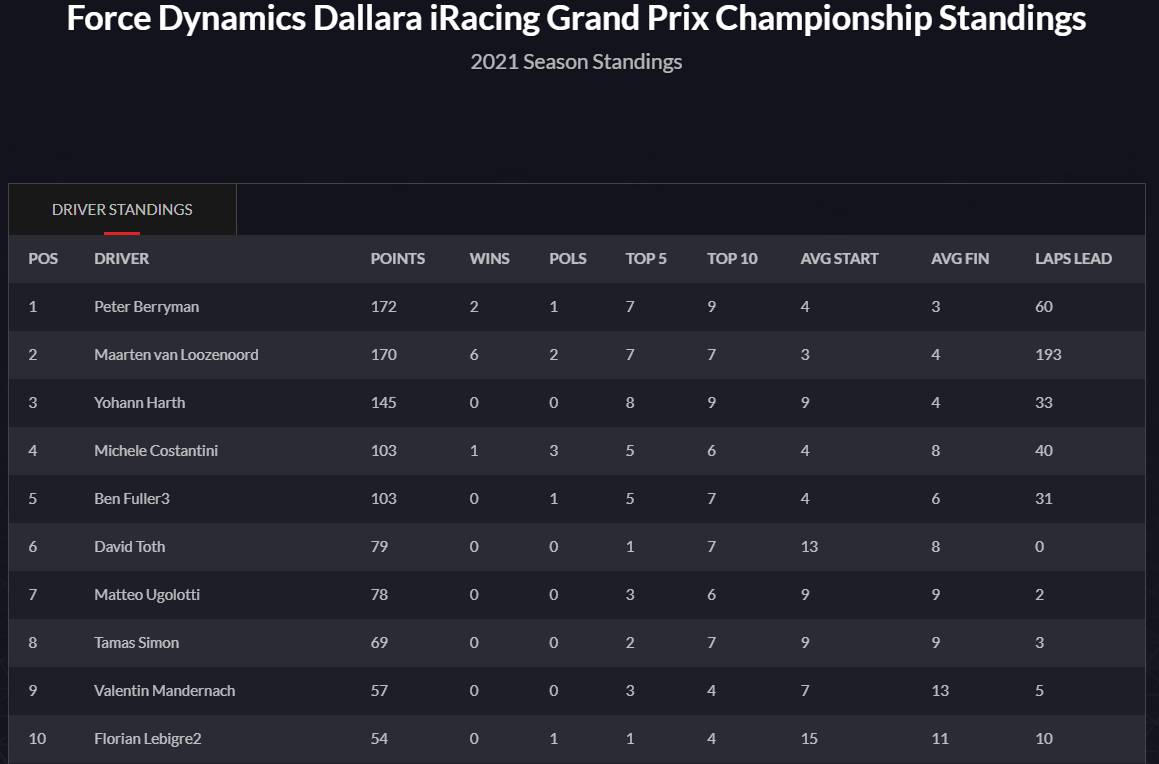 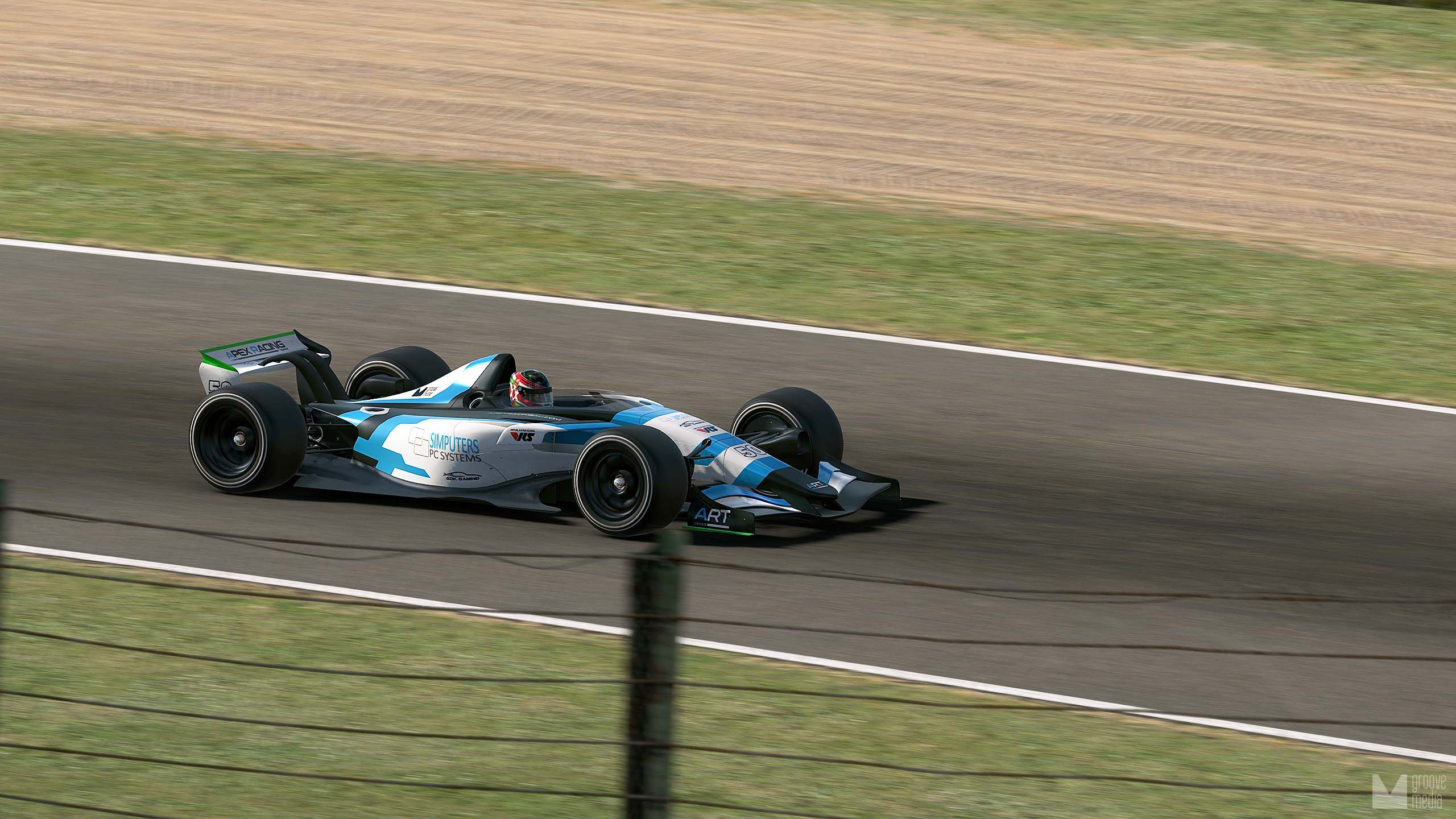 2 points separate Peter and Maarten from the Dallara iR01 Grand Prix championship win. The final round is going to be a doozy.
Bring on Hungaroring!