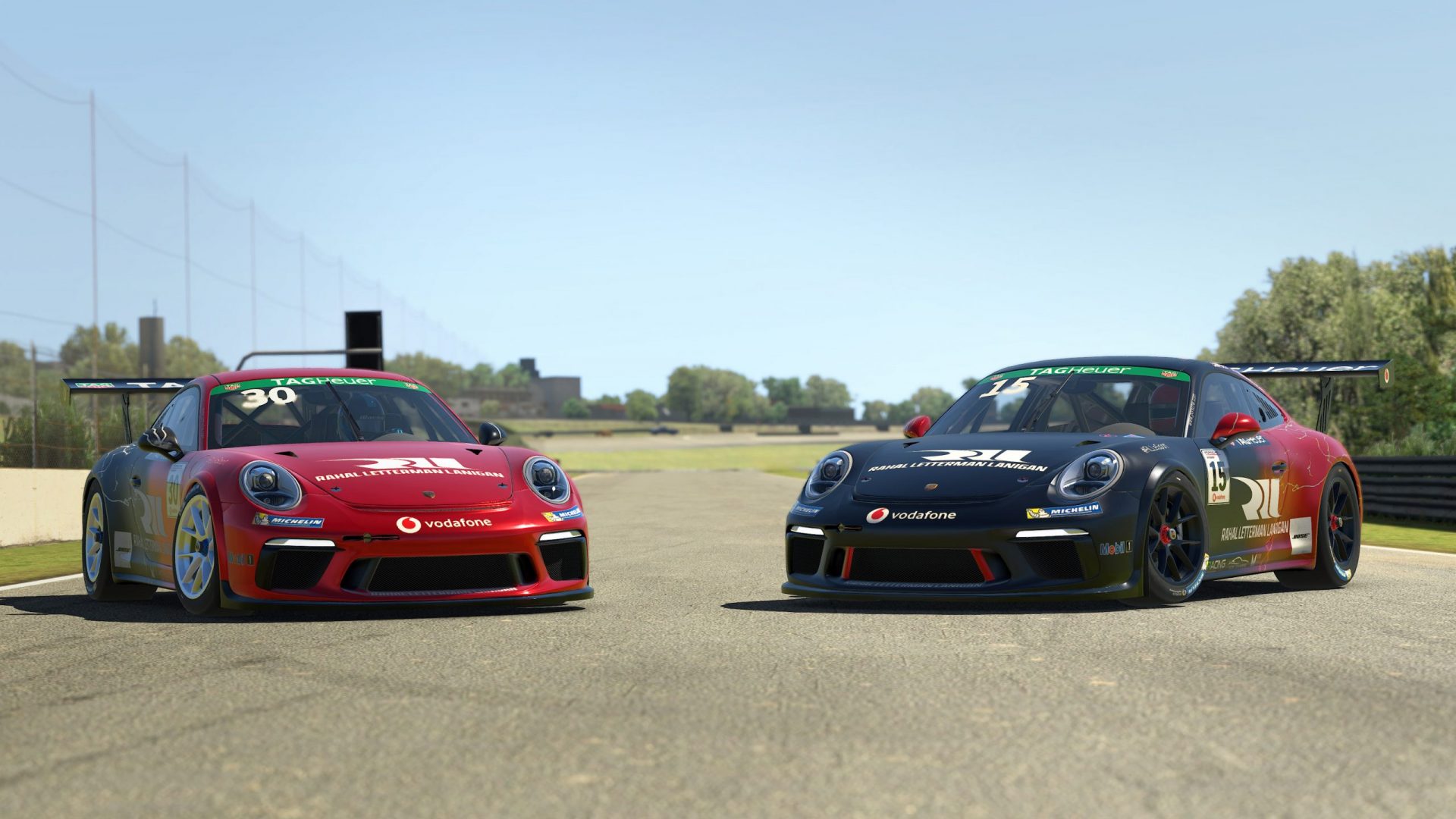 By Alex SimpsonJanuary 8, 2021No Comments

Rahal Letterman Lanigan Racing (RLL) announced today that the team will enter the exciting world of esports and sim racing for the first time with the creation of the RLL Esport team.

After wins in the Rolex 24 at Daytona and Indianapolis 500 in 2020, RLL continue to expand their reach in the motorsport industry by entering the Porsche TAG Heuer eSports Supercup series in a partnership with professional esports team Apex Racing Team (ART).

In 2021 RLL Esport will be competing for the first time in the pinnacle of sim racing, the Porsche TAG Heuer eSports Supercup (PESC) on the iRacing platform. The series features 40 of the world’s top sim racers competing in 10 rounds for a prize pool of $200,000. An exact replica of the Porsche 911 GT3 (991) car (as used in the real life Porsche Supercup) will be piloted on some of the world’s greatest road courses, including Silverstone, Spa Francorchamps and the unique Nürburgring Nordschleife.

RLL Esport will be fighting at the sharp end of the grid with other historic motorsports brands such as Red Bull and Williams as well as the best sim racing teams in the world like Apex Racing Team, Coanda Simsport and Team Redline. 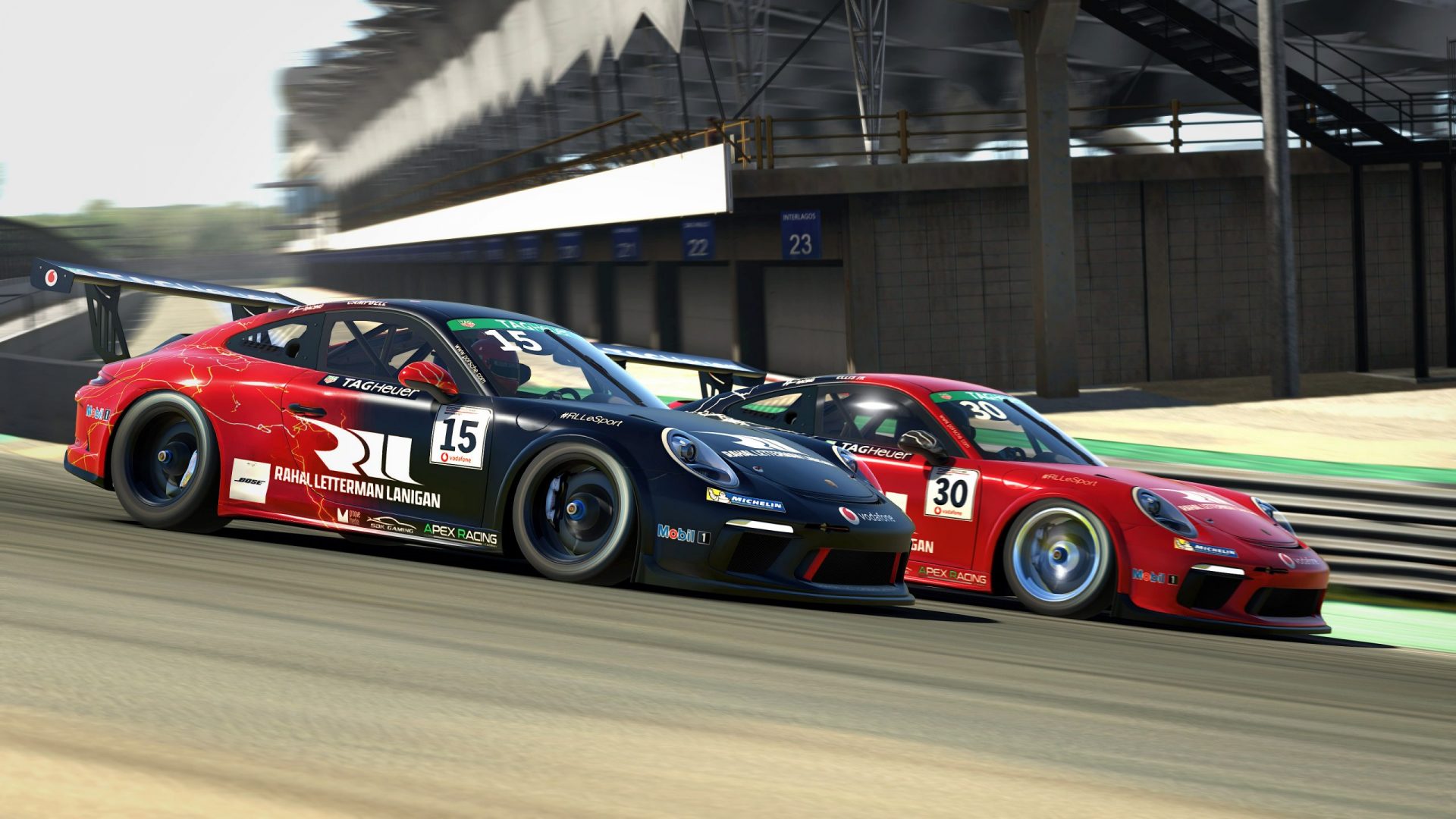 When questioned about the new esport team RLL said.

“If 2020 has taught us anything, it was that the rise in popularity of esports continues to expand with the ability to bring automotive racing to life through the digital platform while being a value-added proposition for our partners,” said Tom Knox, Senior Vice President of Sales and Marketing for RLL. “The iRacing platform has become so technical that it is reaching the intersection where there could be a valuable transfer of information between cyber world and real-world application.  With the creation of RLL esport, we continue to expand our competitive horizons and believe we have found a great international partner in the Apex Racing Team.”

Representing RLL Esport in the 2021 Porsche TAG Heuer eSports Supercup will be Scotland’s Kevin Ellis Jr. in the number 30 car and USA’s Zac Campbell in the number 15. Kevin finished a career best fifth in the championship in 2020 including three second-place finishes. Alongside him, Zac qualifies for the series for the first time after coming through the qualifiers with an excellent eighth position. Both drivers are on loan from Apex Racing Team who will also be fielding a three-man team in PESC.

The Porsche TAG Heuer eSports Supercup kicks off at Interlagos in Brazil on January 9 at 2 p.m. EST (19:00 GMT). 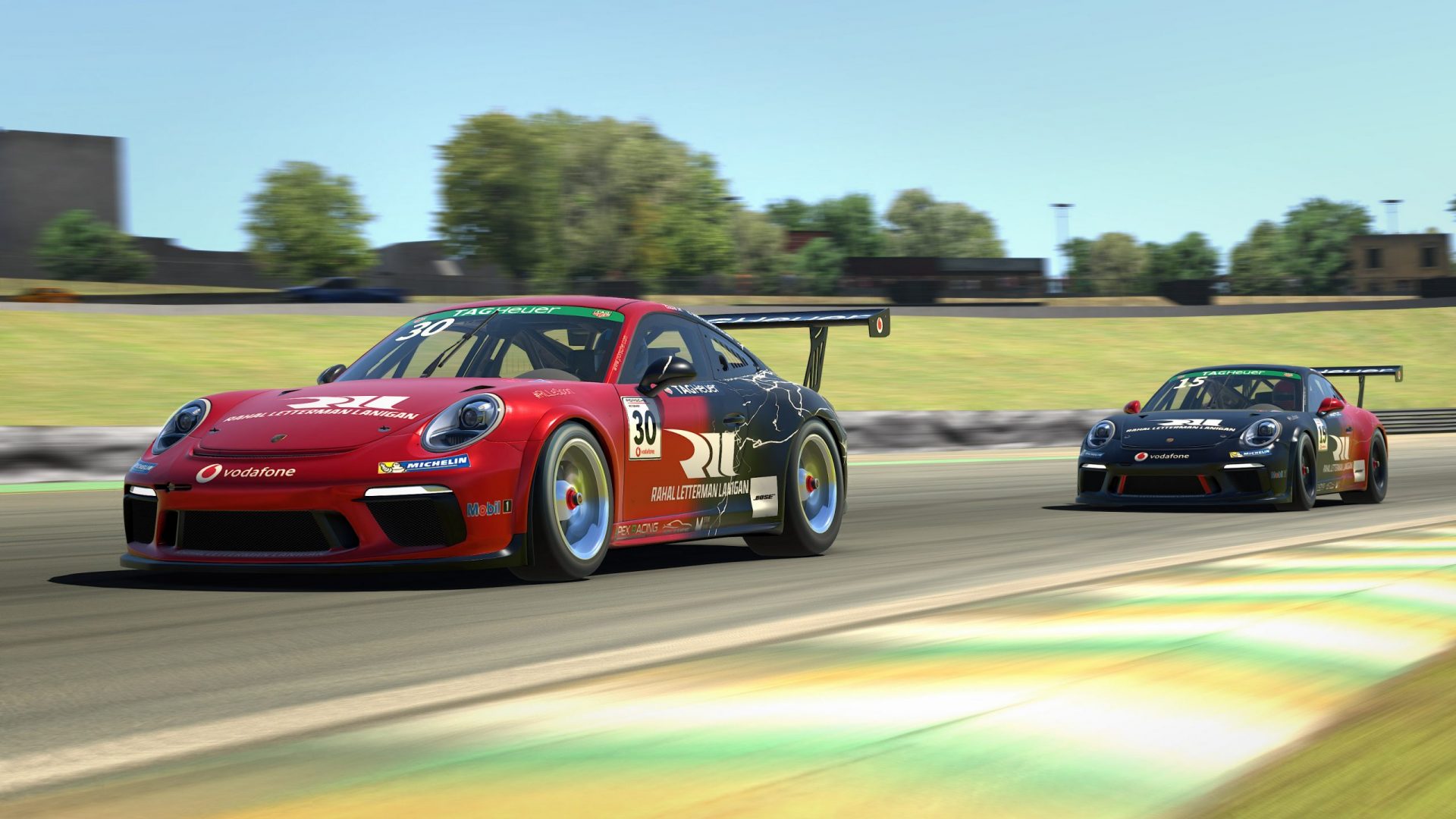 Rahal Letterman Lanigan Racing, based in Hilliard, Ohio and Brownsburg, Ind., is co-owned by three-time IndyCar Champion and 1986 Indianapolis 500 winner Bobby Rahal, former CBS Late Show host David Letterman and Mi-Jack co-owner Mike Lanigan. In 2021, the team will attempt to add to its 29 Indy car wins – including the 2004 Indy 500 from pole with Buddy Rice and the 2020 Indy 500 with Takuma Sato — their 33 poles, 107 podium finishes and 1992 series championship.  The team also competed in the American Le Mans Series from 2009-2013 as BMW Team RLL where they won both the Manufacturer and Team Championships in the GT category in 2010 and swept all three GT titles in 2011 – Manufacturer, Team and Driver. In 2012, the team finished second in the Team Championship and third in the Manufacturer Championship and in 2013, the team finished second in the Driver, Team and Manufacturer Championship. Since 2014, BMW Team RLL has competed in the GTLM class of the IMSA WeatherTech SportsCar Championship with a two-car program and has brought their total to 22 wins – including the 2019 and 2020 Rolex 24 at Daytona endurance races, 28 poles and 87 podium finishes as well as a second-place finish in the Manufacturer, Team and Driver championships in 2015 and 2017. The team was also the 2020 Michelin North American Endurance Champions. 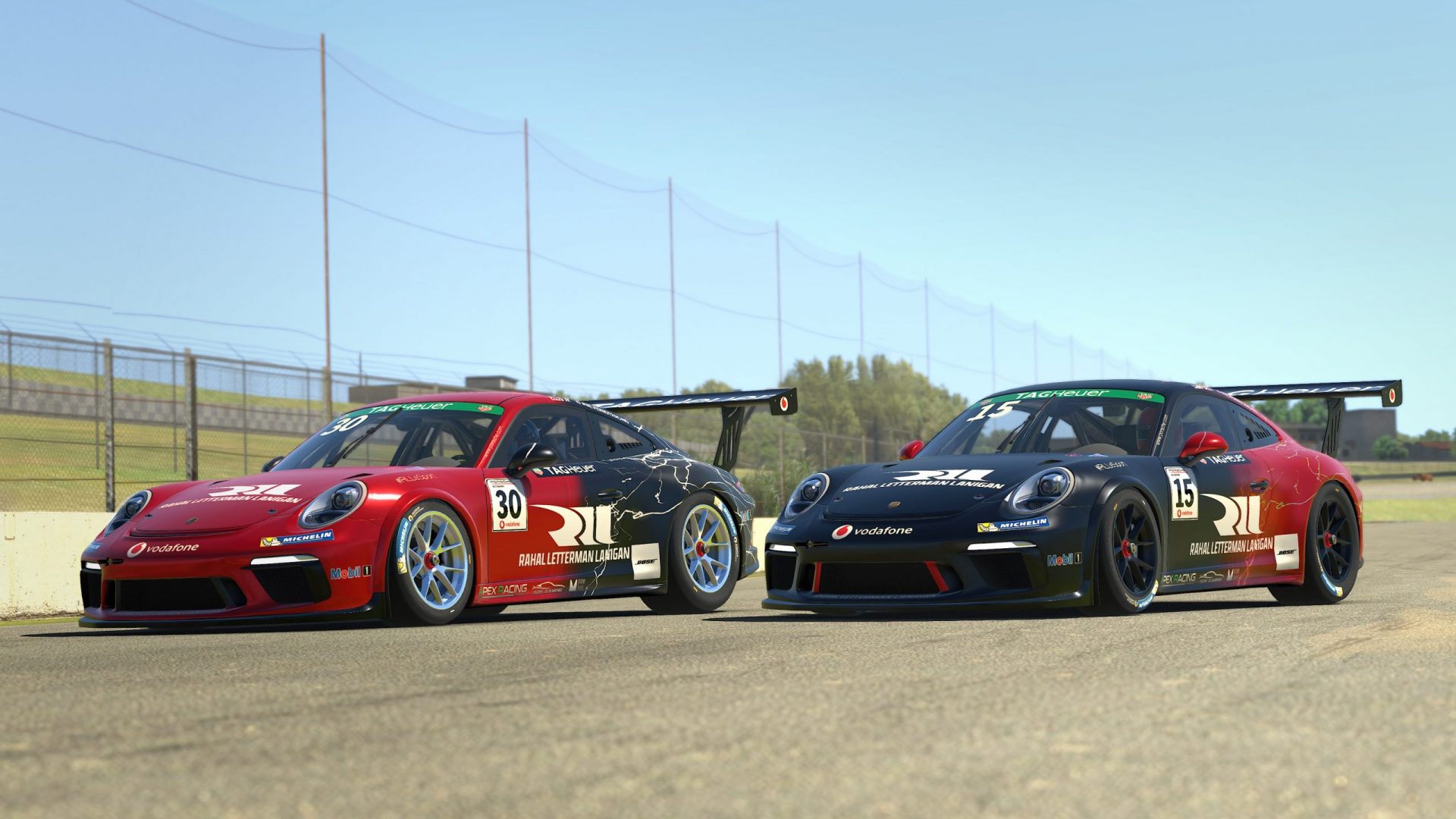 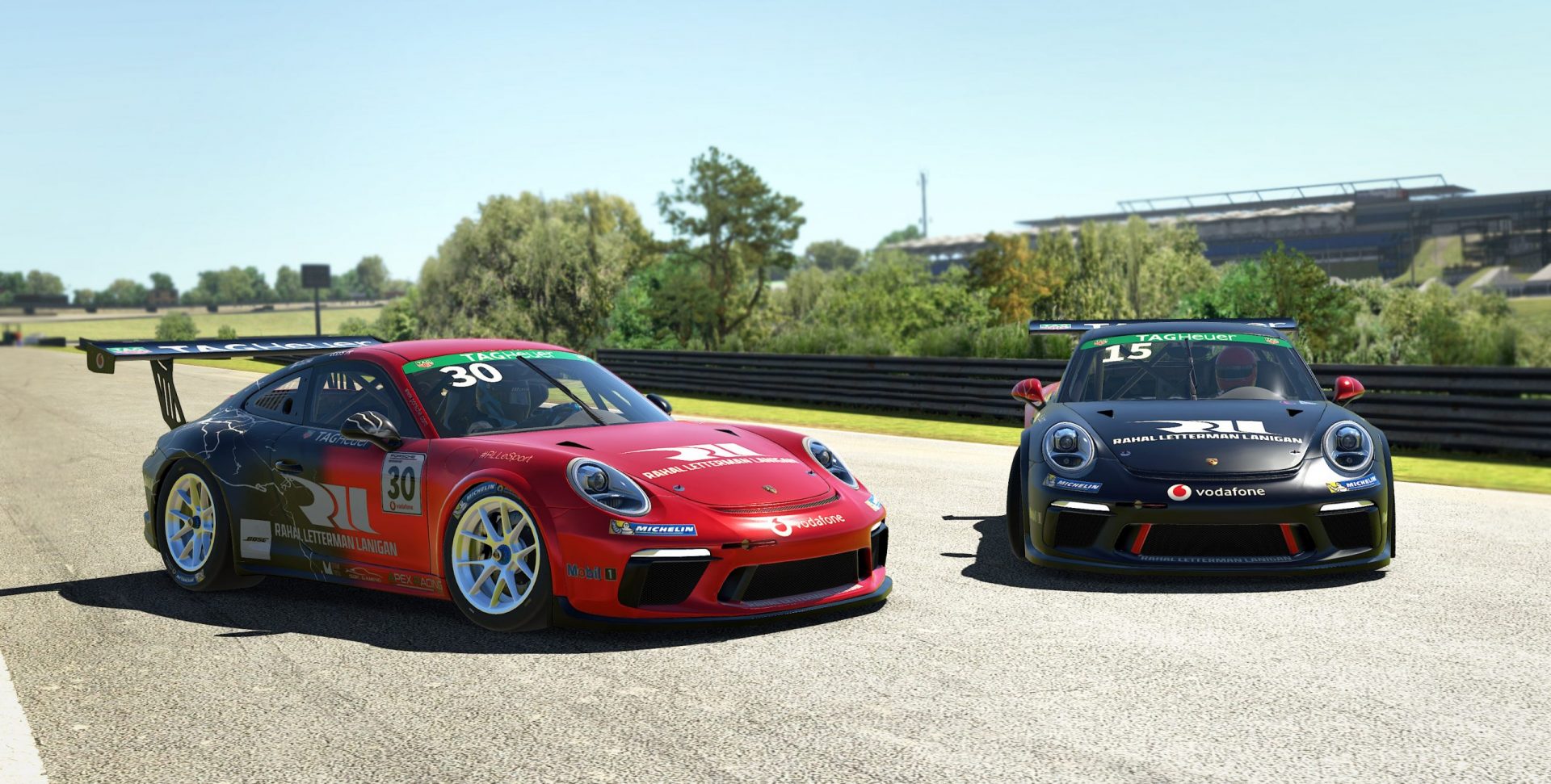