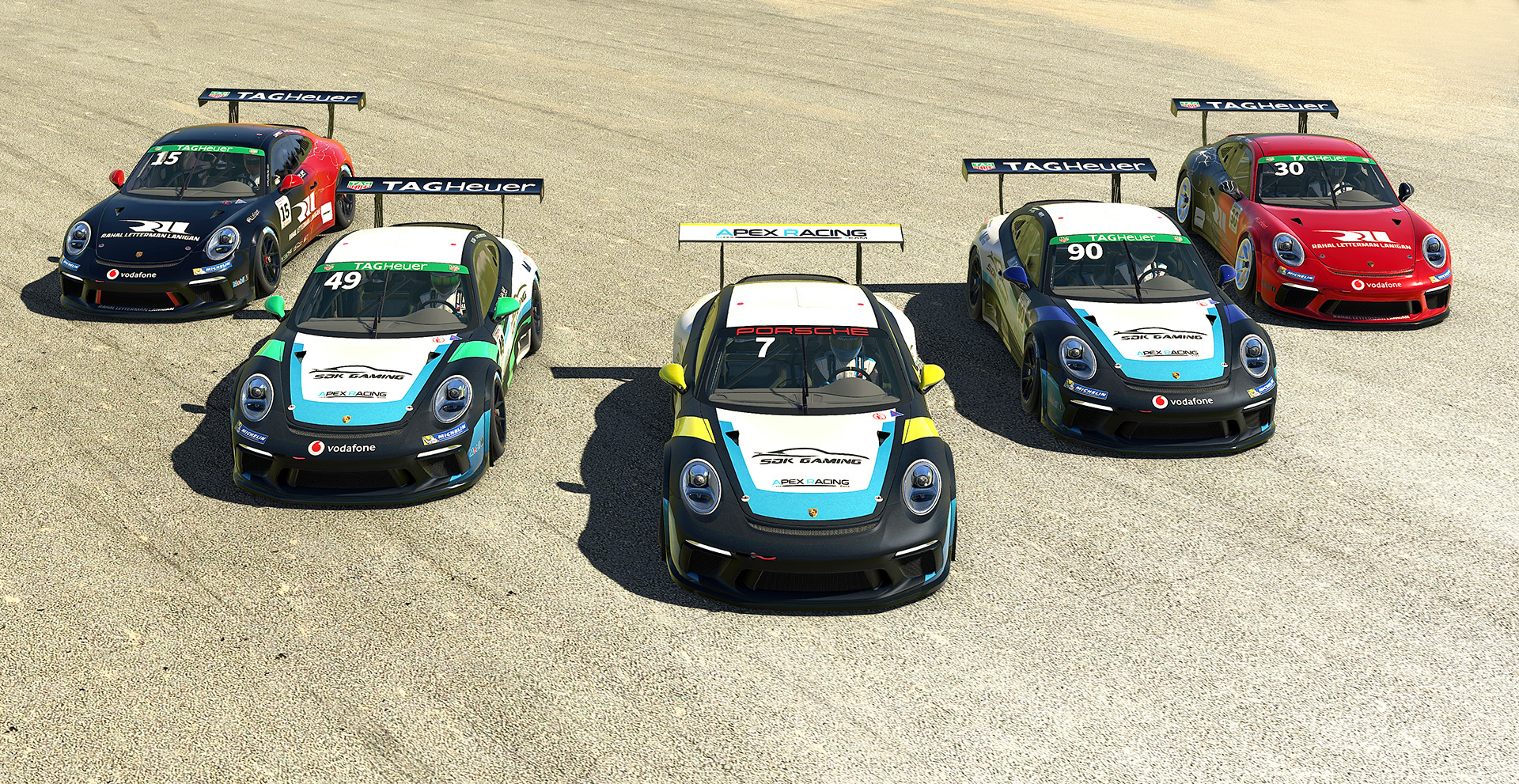 By Peter MacKayJanuary 12, 2021No Comments

2020 will go down as a landmark year for sim racing. A global pandemic forced a pause on global motorsports, leaving fans and drivers yearning for their fix of speed and competition. Already on the rise, sim racing was turbocharged into the limelight as the world plunged into lockdown. NASCAR, IndyCar, F1, IMSA and many other major series multiplied their virtual efforts and engaged teams, drivers and fans alike with a bold new solution. Utilising extraordinary software and hardware – once exclusive to race team simulators – competitive motor sport became instantly more accessible and connected a racing community.

2021 is the year where sim racing will stand on its own feet and continue to entertain its growing, youthful fanbase. The Porsche Tag Heuer eSports Supercup operates at the absolute pinnacle of motor racing’s most exciting new category. Porsche has kept motorsport at its core since inception in 1948 and unquestionably leads the charge in manufacturer involvement in virtual racing.

Throughout a brutal qualification process, just twenty drivers receive a spot on the grid for the Porsche Tag Heuer eSports Supercup. Joining the top twenty finishers from the previous season, a forty-strong grid of the world’s best sim racers compete for $200,000 in prize money.

Last season, the Apex Racing Team (ART) crew completed their best campaign to date. A top five 2020 confirms Kevin Ellis Jr. as a force to be reckoned with in 2021. Jamie Fluke and Yohann Harth held strong throughout the season and booked their places for the upcoming season. Critically, avoiding the bar brawl that is pre-qualifying.

Qualifying for round one at Interlagos was fiercely contested, as is now expected in the Porsche Tag Heuer eSports Supercup. Kevin Ellis Jr. lapped six tenths off the pace of polesitter, Joshua Rogers, and started thirteenth on the grid. Two spots behind, was RLL Esport stablemate, Zac Campbell. Fastest of the ART crew, was Brazilian ace Jeff Giassi. On his first appearance with the Apex Racing Team, Giassi lapped only seven tenths off pole and qualified seventeenth overall.

With clinical precision, Ellis Jr. cut through the pack to finish seventh in the sprint race and bag a front row grid slot for the feature race. Zac Campbell ensured both RLL machines made the top ten on debut, but narrowly missed out on the vital top eight. From seventeenth on the grid, Jeff Giassi used all his real-world knowledge of Interlagos and climbed to eleventh place at the flag.

Launching the #30 RLL Esport Porsche cleanly off the line, Kevin Ellis Jr. calmy tucked in behind polesitter, Alejandro Sanchez. Throughout the opening lap the Glaswegian ace studied his Spanish rival closely and plotted a move. On lap five, a cunning manoeuvre around the outside at the Senna S gave Ellis Jr. the lead into Descida do Lago. Fully aware of the opportunity to escape, RLL’s flying Scotsman pushed hard to extend a gap to the chasing pack. With the slip stream effect being so powerful, making a complete escape would be nearly impossible. However, Ellis Jr’s task at the front of the pack became marginally easier when Joshua Rogers clouted Alejandro Sanchez, dropping both down the order. As a result, a small cushion appeared for Ellis Jr. Yet, Mitchell de Jong and Charlie Collins smelt blood and proceeded to chase down the RLL Esport star. 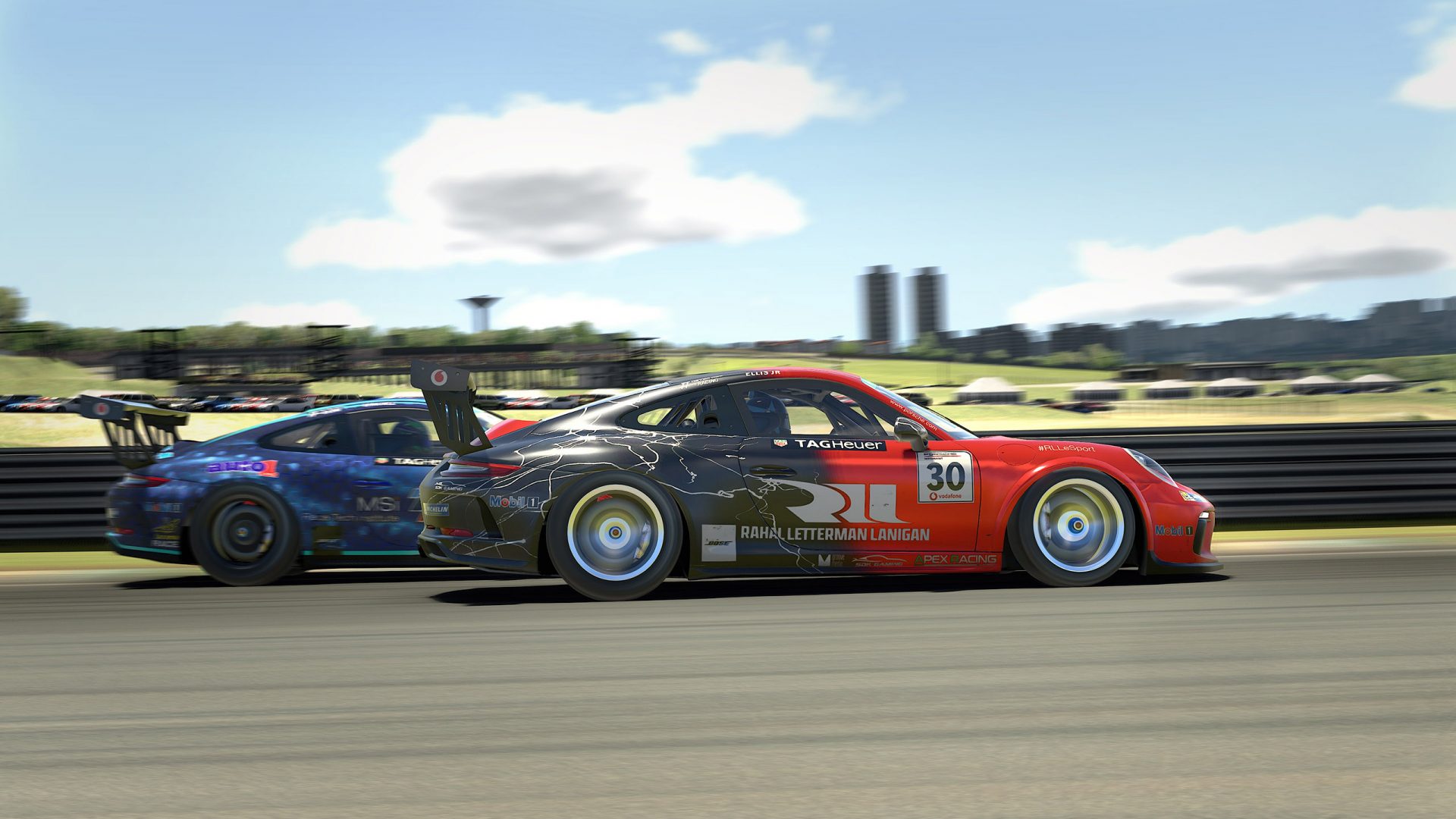 While Ellis Jr. pressed on at the front, Zac Campbell rose up the order in purposeful fashion and soon played a valuable rear gunner for his RLL Esport stablemate in fourth position. Pressure applied by Campbell on Collins and Rogers proved vital for Ellis Jr. to protect the lead.

Despite relentless pressure for three quarters of the race, Kevin Ellis Jr. refused to flinch. No matter what his rivals had in their playbook, the RLL ace had them covered. With Collins spinning out, a minor margin appeared, and Scottish hot shot took full advantage. A feature race win on RLL Esport’s debut in the Porsche Tag Heuer eSports Supercup marked a dream start to the alliance between Apex Racing Team and Rahal Letterman Lanigan. 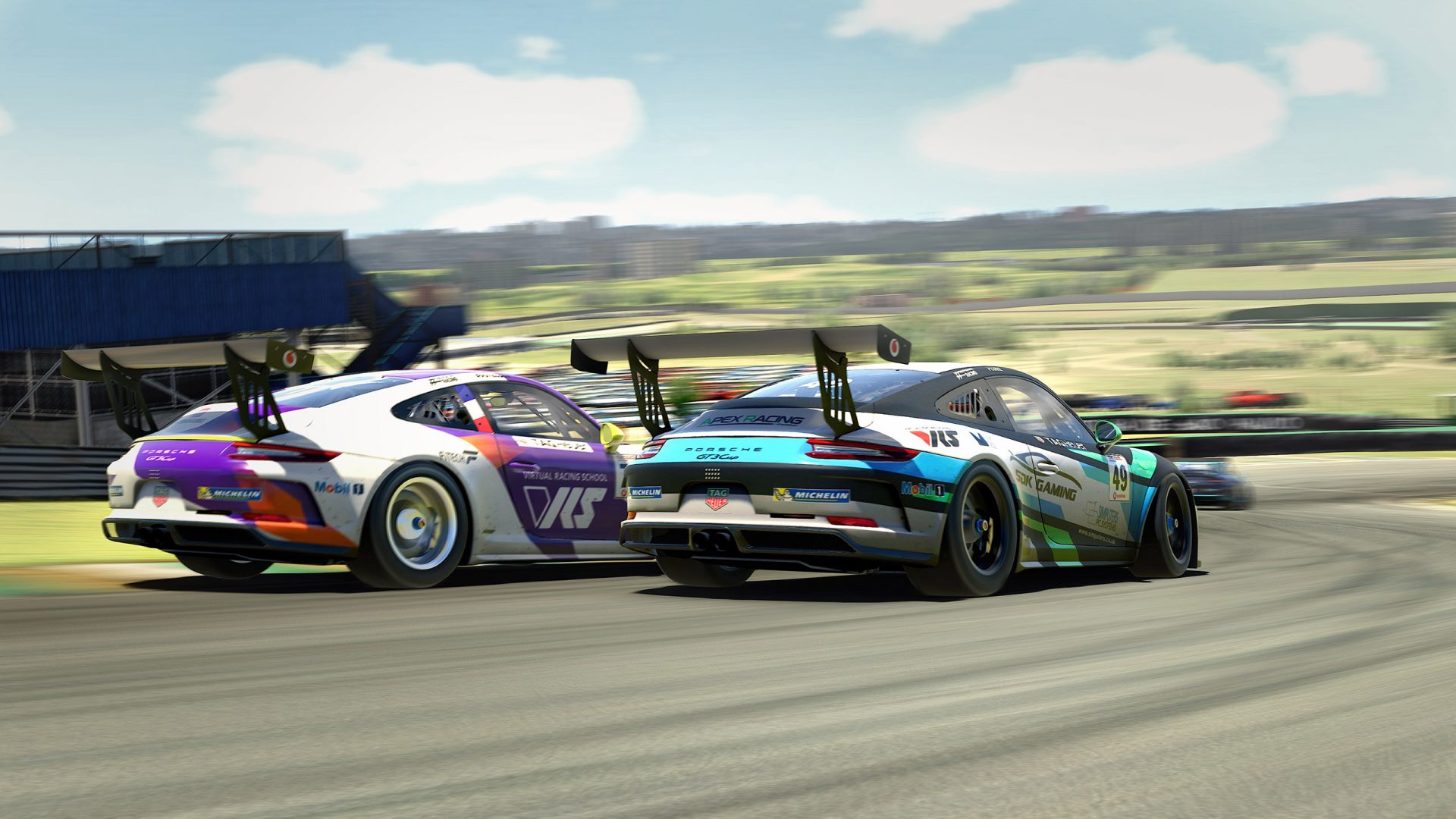 Jamie Fluke refused to let an arm injury thwart his challenge and climbed all the way to eleventh place from outside the top twenty.

Jeff Giassi might have been able to run in the front group on his ART debut but, sadly, a nudge from a rival sent the Brazilian into a twirl and down the order.

In the aftermath of a dream day for RLL and Apex Racing, the driver’s gave their reactions:

Kevin Ellis Jr.: “This weekend was something most people could only ever dream of. My practice pace was looking really good and I was confident in my race pace, but in qualifying I was hit or miss. Once we got into the session and the pressure was on, I felt really comfortable in the car and started to believe a good result was possible. However, I’ve never had a good start to a season in my 4+ year career so far. In 2017, I didn’t qualify fast enough to make the field. 2018 I got a pitlane speeding penalty whilst running 4th. 2019 I had a jump start and a DNF. 2020 I got spun on lap 1 and had to fight back from outside the top thirty, so to come out with a win is just so out of left field. 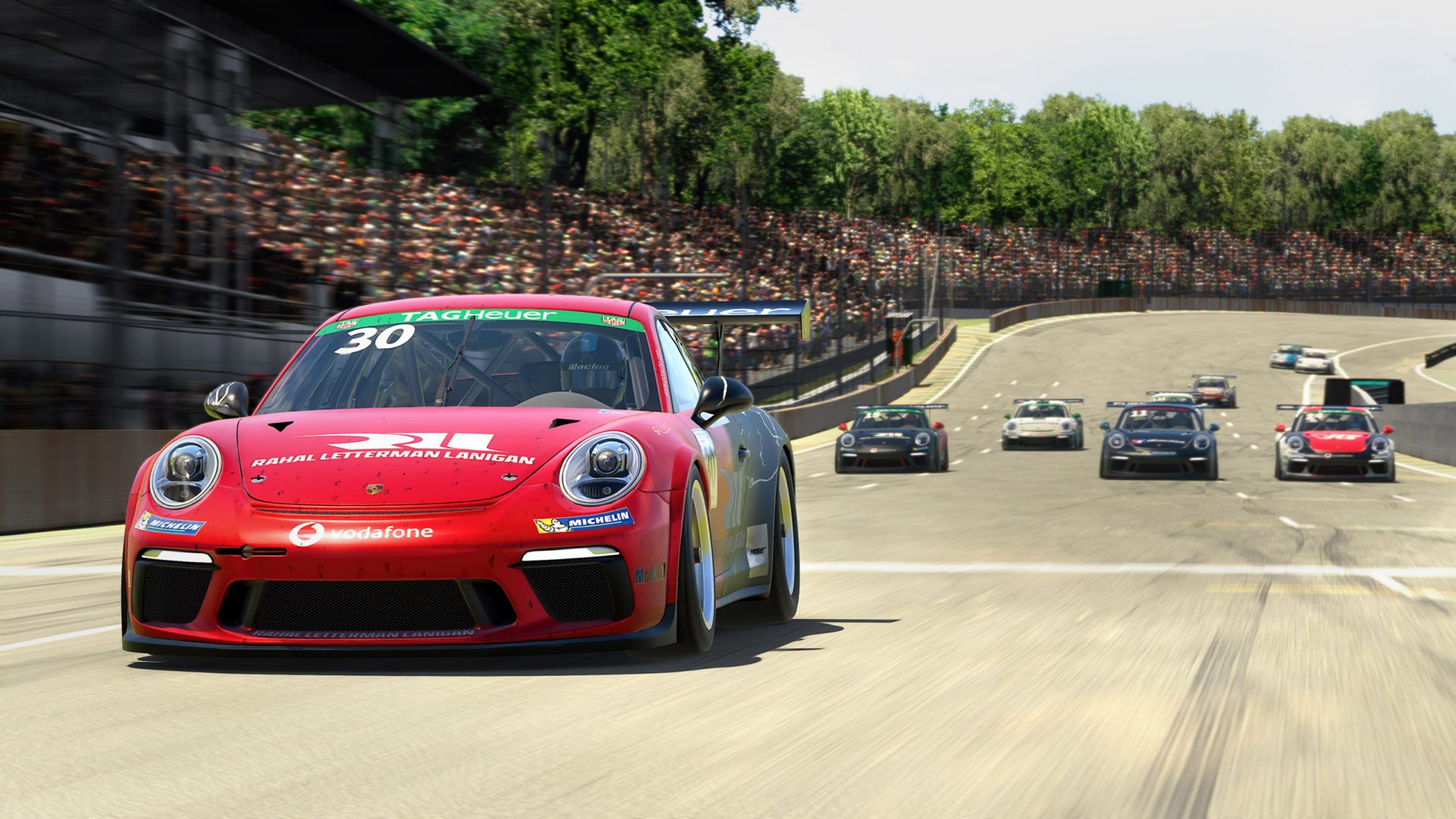 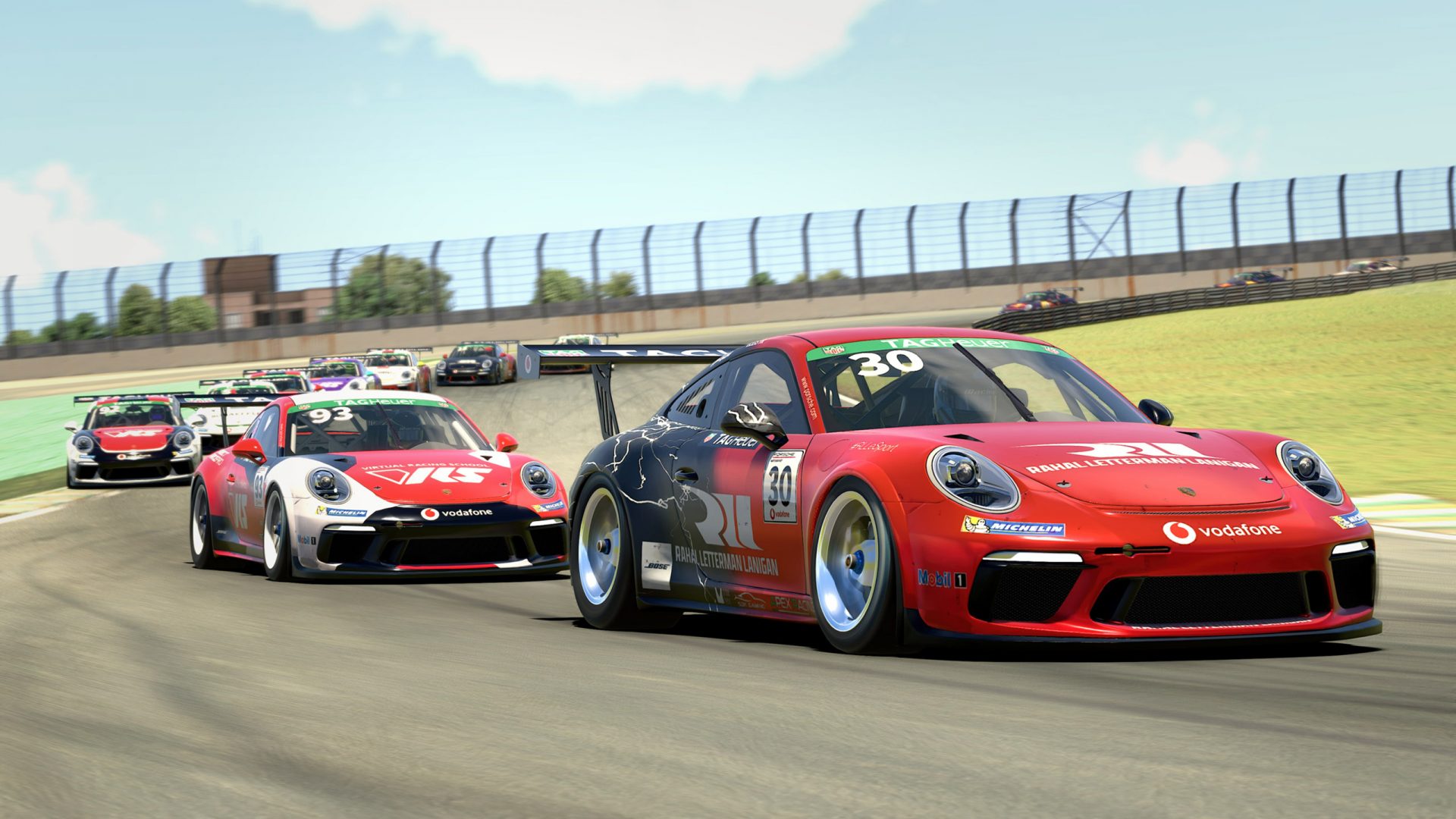 I owe everything to the guys who have stuck with this effort and believed in our process after rebuilding our roster at the start of 2019. Finally, we are showing the world what we can do. Thank you to everyone associated with Apex Racing Team, Rahal Letterman Lanigan and RLL Esport for all their work both on, and off the track.

Jamie Fluke: “I knew coming into this that I’d be firmly on the back foot, not being able to practice how I wanted and the time I spent away from the car came back to bite me. I made all the mistakes you can possibly make in qualifying and ended up 34th. But, I used every bit of experience I had to slowly pick my way through the carnage and keep the car clean to end up gaining 23 spots by the end of the meeting to end 11th in the feature race, which I’m fine with. Kevin’s big feature race win and Zac in 4th shows how quick we are as a team, I just need to get back to my best to be up there.”

Yohann Harth: ”I had an average lap in qualifiying, only one and a half tenth off Job(defending champion), but that was only good enough for twenty-third. From there, I just got ran over: 3 contacts from behind in the Sprint race, and a massive pile up right ahead of me in the Feature. Onto Barcelona now”
Zac Campbell: “It’s really a great feeling to have such a good debut and especially for an organization like RLL Esport. I put a lot of effort into this race and I’m glad it was rewarded like it was, I’m just astounded at everything that happened and I’m so grateful for the people around me and the opportunities I have. Saturday won’t be a day I forget for a long time. But you know this isn’t a one race championship, and we have to make sure we do the same thing next week and are able to repeat that success. The reality is that Interlagos ended around 3:15pm Saturday, it’s time to focus on Barcelona.” 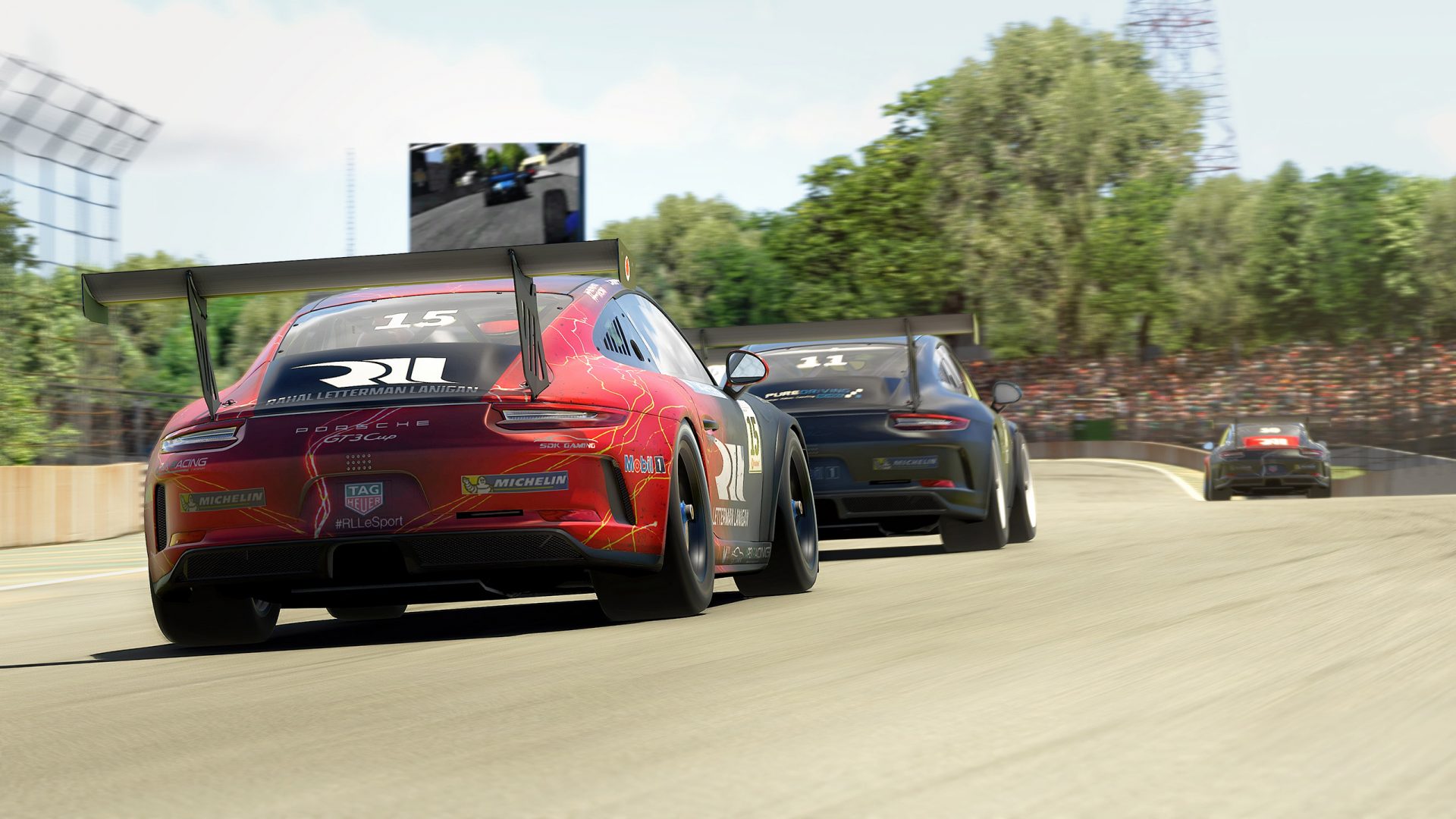 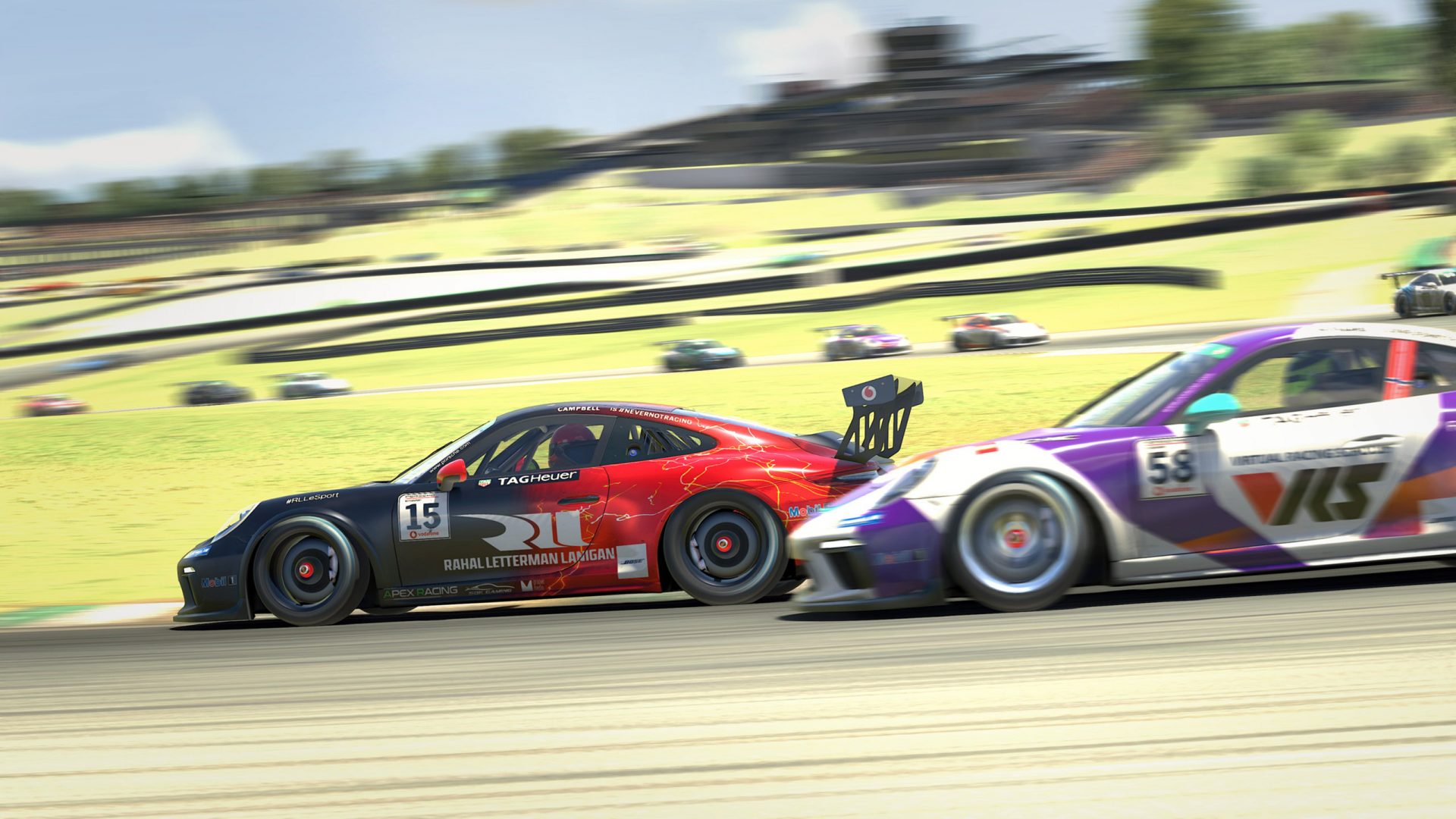 Tune in to Apex Racing TV at 7pm GMT on Saturday the sixteenth of January for coverage of round two of the Porsche Tag Heuer eSports Supercup: https://youtu.be/C20BKujsA1M