By Peter MacKayDecember 8, 2020No Comments

A dream debut season for an alliance between Team Yokohama and Apex Racing Team culminated in not one, but two iRacing Rallycross World championships. Throughout a gruelling nine round season, Yohann Harth and Jon Robertson have been the class of the field in their brace of Advan Subarus.

Harth and Robertson headed to the final round in Sonoma as odds on favourites to finish one-two in the standings. The question was, who would claim the honour of IRX World Champion?

For the majority of the season, Jon Robertson has carried the championship leader’s red windshield strip. Aylesbury’s finest entered the final round of the championship with a ten-point advantage over his Team Yokohama stablemate. Yohann Harth bounced back from a disastrous day at Hell Lankebanen, with a second victory of the season at Sonoma. Harth heads into the final round – also at Sonoma – as the only driver with two victories to his name.

Harth started his championship crusade in perfect fashion. A blistering qualifying lap for pole position placed the Frenchman in the prime spot for the opening heat. Deploying a devastatingly quick dash off the line, Harth was untouchable in the opening heat. Despite a light nudge early on from Rasmus Tuominen, Harth pulverised the opposition and clinched pole position for the crucial feature race. 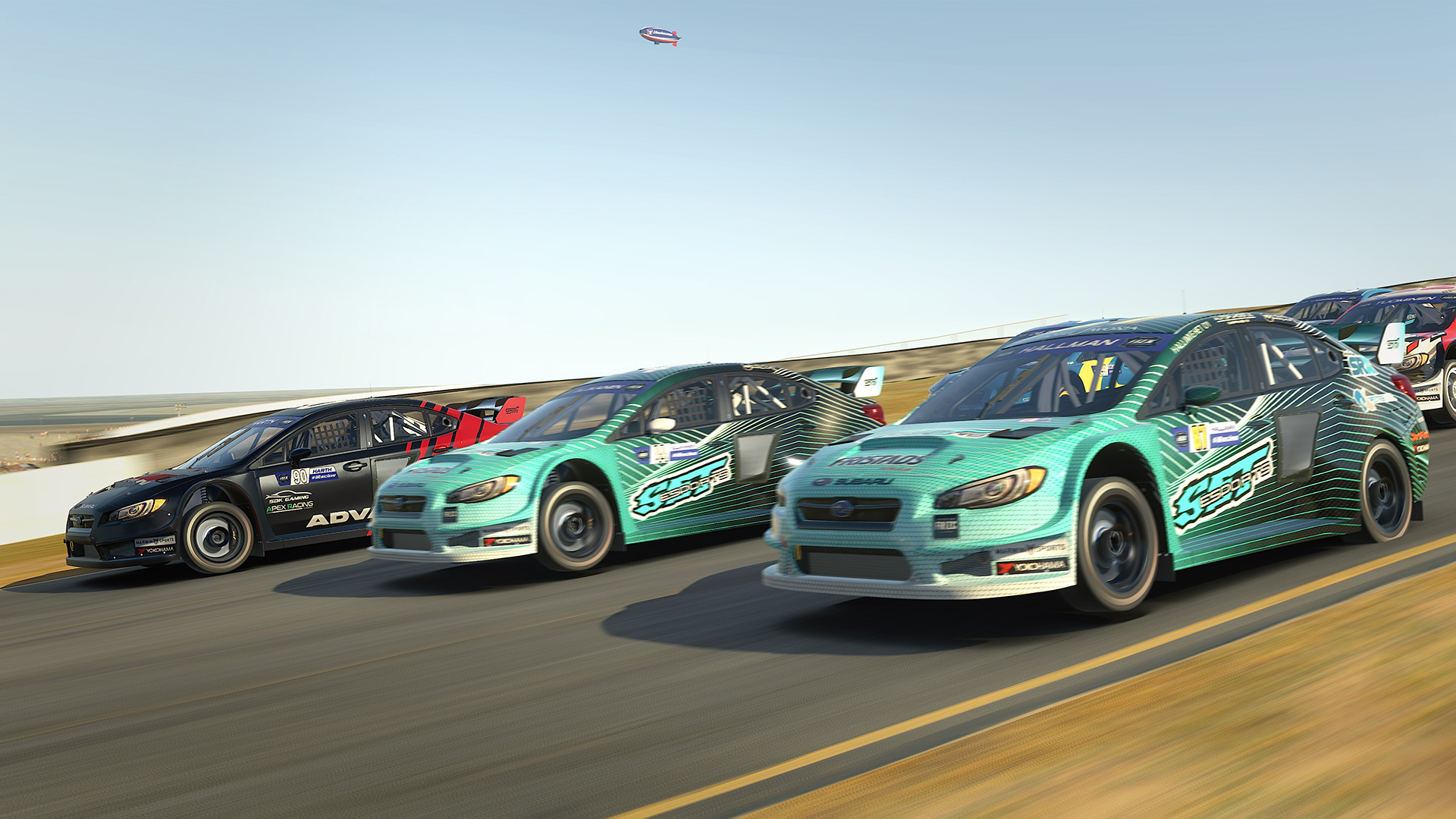 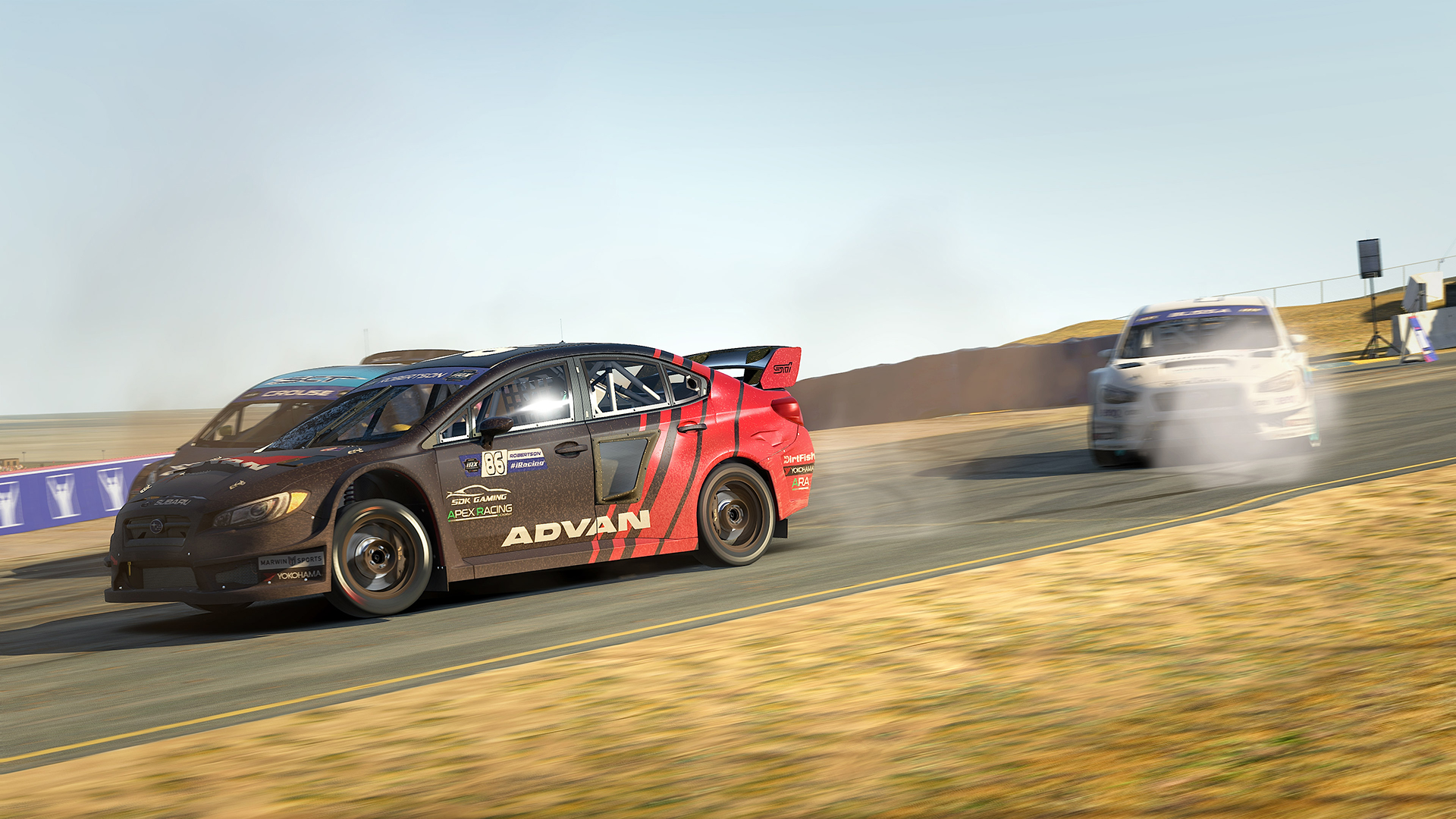 Not to be outdone by his fellow Advan Subaru pilot, Jon Robertson qualified on pole position for the second heat of the event. However, Robertson’s metronomic consistency was about to desert him at the critical moment. An agonisingly irritating ‘slow down’ penalty dropped the Englishman into the chasing pack. Whilst valiantly recovering from his earlier error, Robertson was clipped by the spinning Williams Esports Subaru of Matt Bussa. As a result of the incident, Robertson would be forced to drag himself into the feature, via the last chance qualifier.

Reeling from his desperately poor fortune, Robertson lined up on the second row for the last chance qualifier race. Only victory would suffice for the Aylesbury ace. Sadly, it wasn’t to be. In a field choc full of the world’s best, the winner takes all last chance qualifier, is always perilously tough.

However, Robertson’s championship aspirations weren’t extinguished quite yet. Starting from pole position in the feature race, Yohann Harth required a finish of sixth or higher to become world champion. Ironically proven by Robertson’s wretched fortune, anything could happen.

In just the opening seconds of the feature, Yohann Harth’s championship chances swayed back and forth. At turn one, the rear end of Harth’s Advan Subaru thumped the concrete wall on the inside and threatened to halt his progress. In the end, Harth continued relatively unscathed. Moments later, a colossal pile up ensued behind. As a result, a large portion of the field dropped far behind the leaders. Thus, making Harth’s task of sixth place or better, far easier. 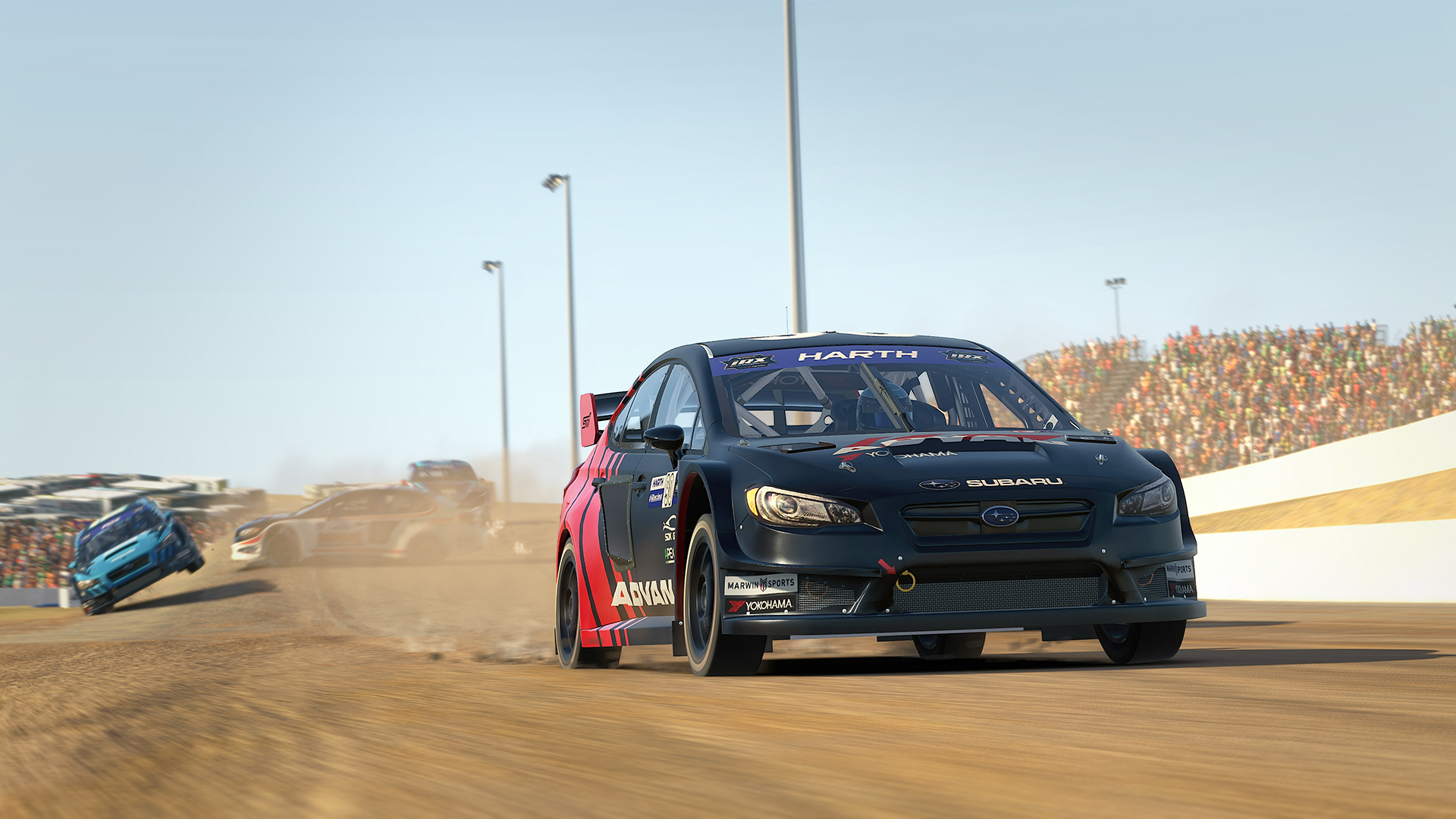 By the closing stages, Harth maintained third position but had the attention of a charging Josh Fox. With Fox showing no mercy to Team Yokohama’s championship contender, the streetwise Harth allowed the Williams Esports driver through. A wise call which allowed Harth to cruise to fourth and the 2020 iRacing Rallycross World Championship.

Following the final round, Team Yokohama’s superstars gave their assessments on an incredible season:

Coming into this round, I knew I had to get pole to stand a chance against Jon, 10 points isn’t a huge gap, but it’s still a massive advantage. I started off the day perfectly with a pretty good lap that got me pole and the 6 points that come with it. Jon was super solid in qualifying though, P2 on his very last lap, I’m not gonna lie I thought he clutched it with that Q.

In Heat 1, I had another really good start, one of our strengths throughout the season. It was almost too good though because it allowed Rasmus Tuominen to go for the switchback into turn 1. Side by side for the first few corners, a few contacts, but I held on to the lead and won my heat. Job done for me, P2 in the championship secured, it was all about Jon now.
And what a turnaround it was. Jon was Mr.Consistency all season, but his Heat was an absolute nightmare. Slowdown on lap 1, massive netcode contact later in the race, P5, the gap was down to 5 points. It wasn’t the end though, P5 on the grid for his LCQ, Jon can win from anywhere on the grid. But he didn’t, and now, it was all about scoring those 5 points.

P6 in the Feature was all I needed. From Pole Position, it sounds like an easy task, but it’s rallycross and anything can happen in the first few corners, as we all know. And the first 2 corners didn’t disappoint. A huge shove in turn 1 from behind, full opposite lock trying to keep it away from the wall and the other cars, I lost a few positions, but the car was alright, P3 after the jump. I didn’t see any of the things that happened behind, I had no idea that they all pilled up on the jump, and it was only after the first lap that Michele told me that it was a Top 6 breakaway with a 7s gap to P7. Huge relief there, it was all about bringing the car home, but I think that’s the worst thing that could have ever happened to me, I don’t think I’ve ever driven that slow around Sonoma, I was scared of everything, the slowdowns, the kerbs, I was a second off the pace. But we did it, Josh Fox got me with 3 to go and I finished P4, which was good enough to secure the Championship.

It was a lot of hard work from all of us at Apex, there’s so many people to thank for that, but if there’s one in particular, it has to be Jon. He’s the guy that’s makes this feel so special. I’ve been chasing him the entire season and even if it didn’t go his way this time, he can be proud of himself. He’ll be there in 2021, even stronger, and that’s a scary prospect. 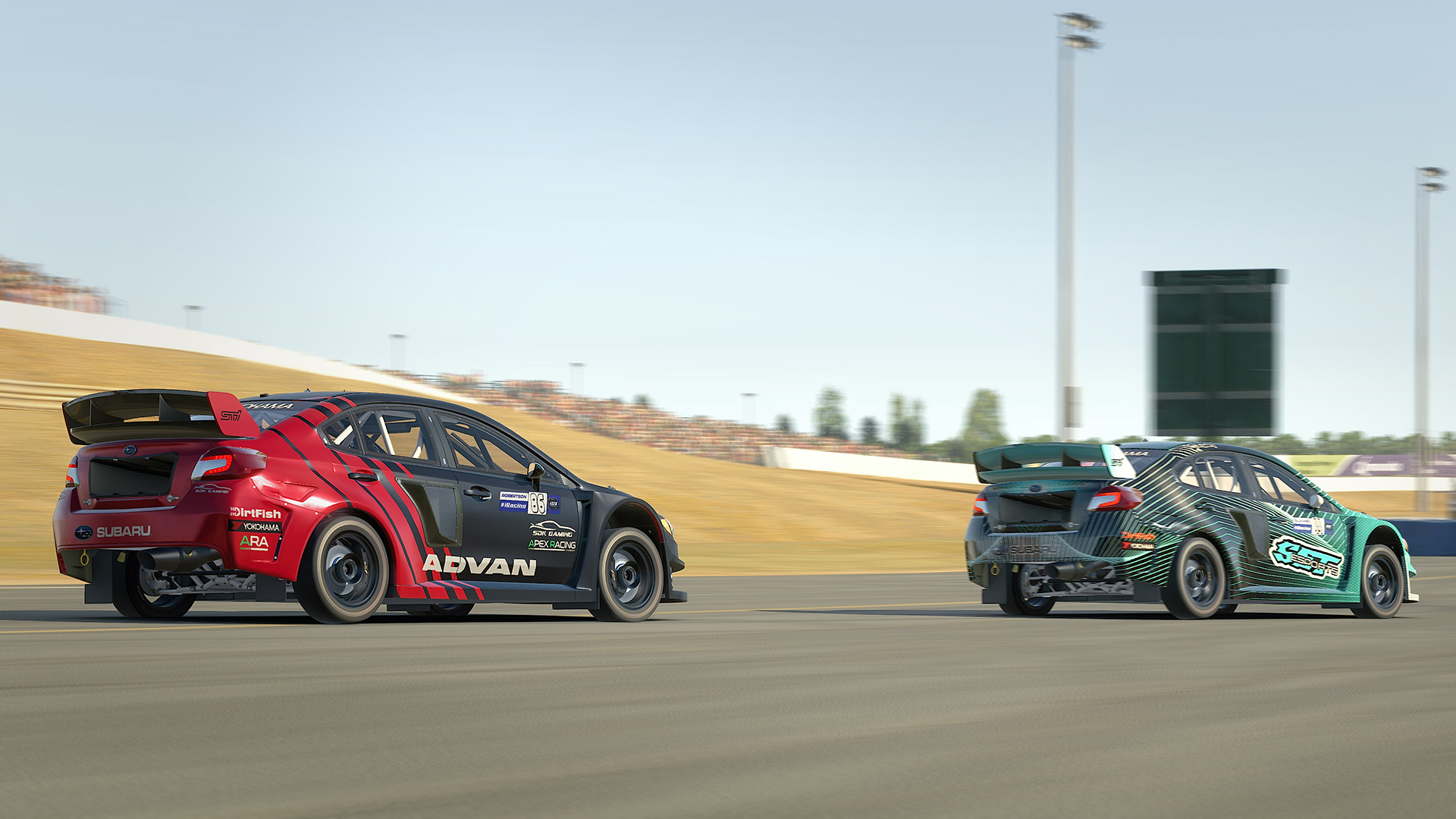 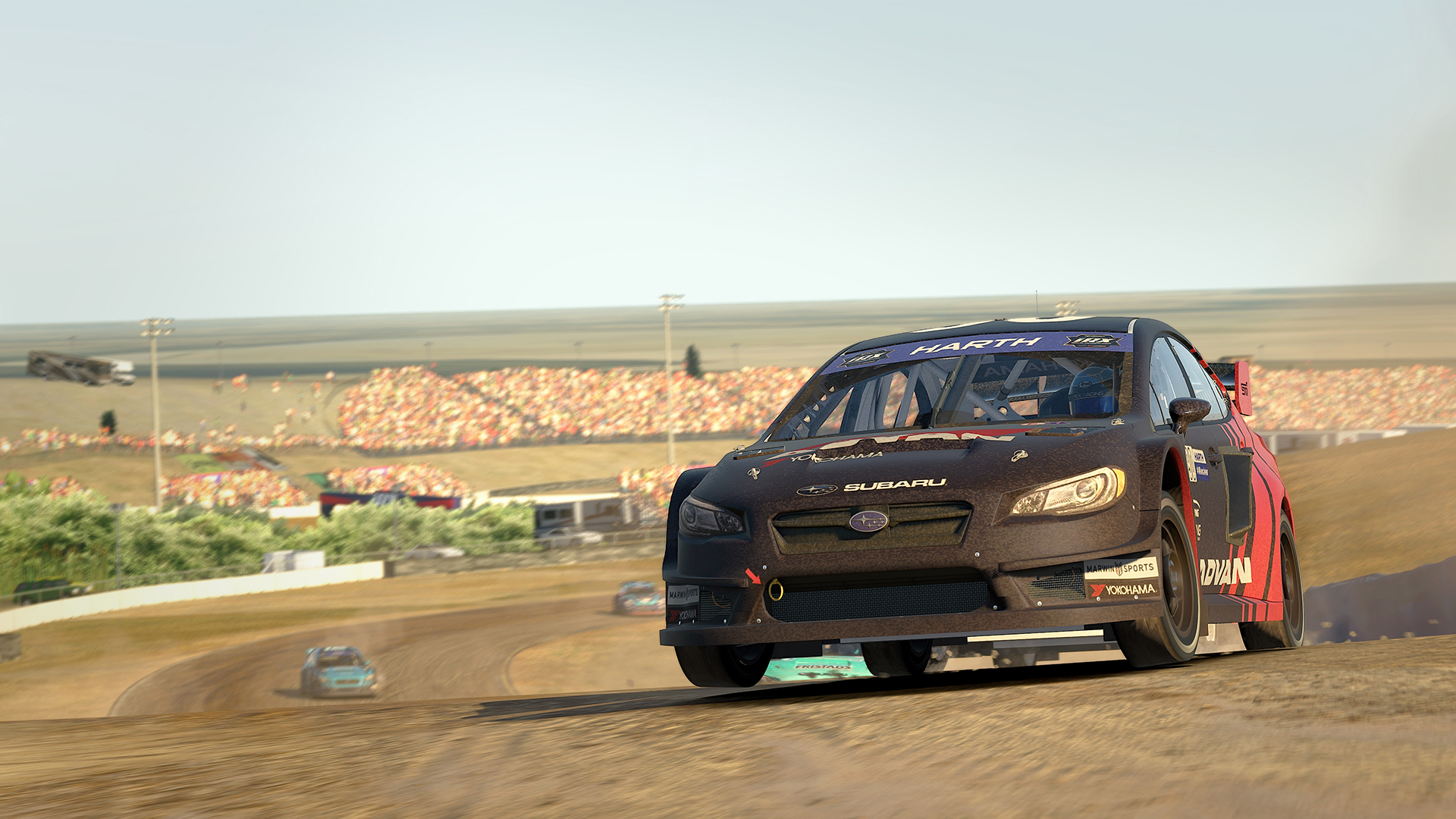 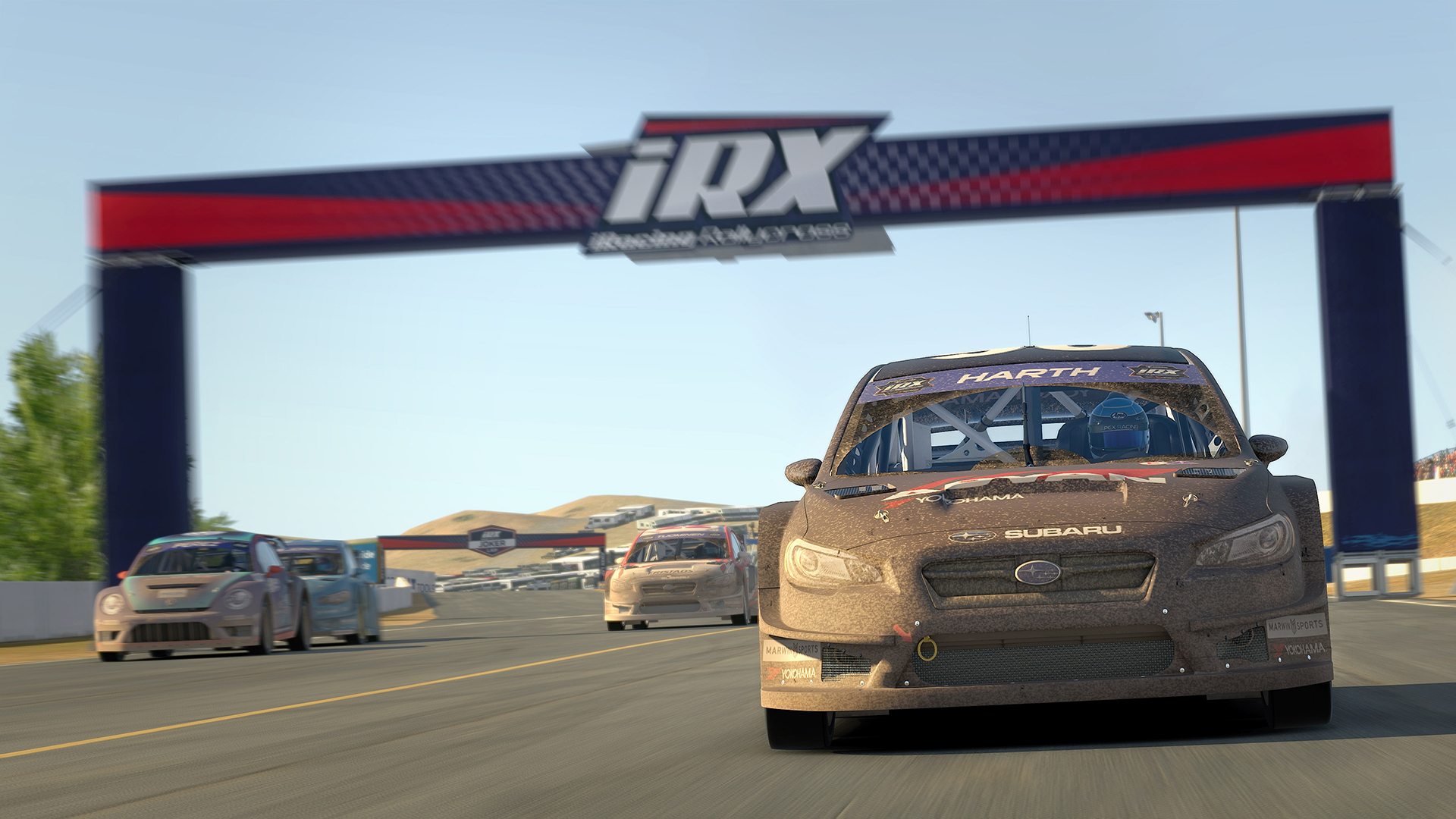 And finally a huge thank you to Alex for placing his trust in me almost 2 years ago. Apex Racing is more than a team, it’s a family.” 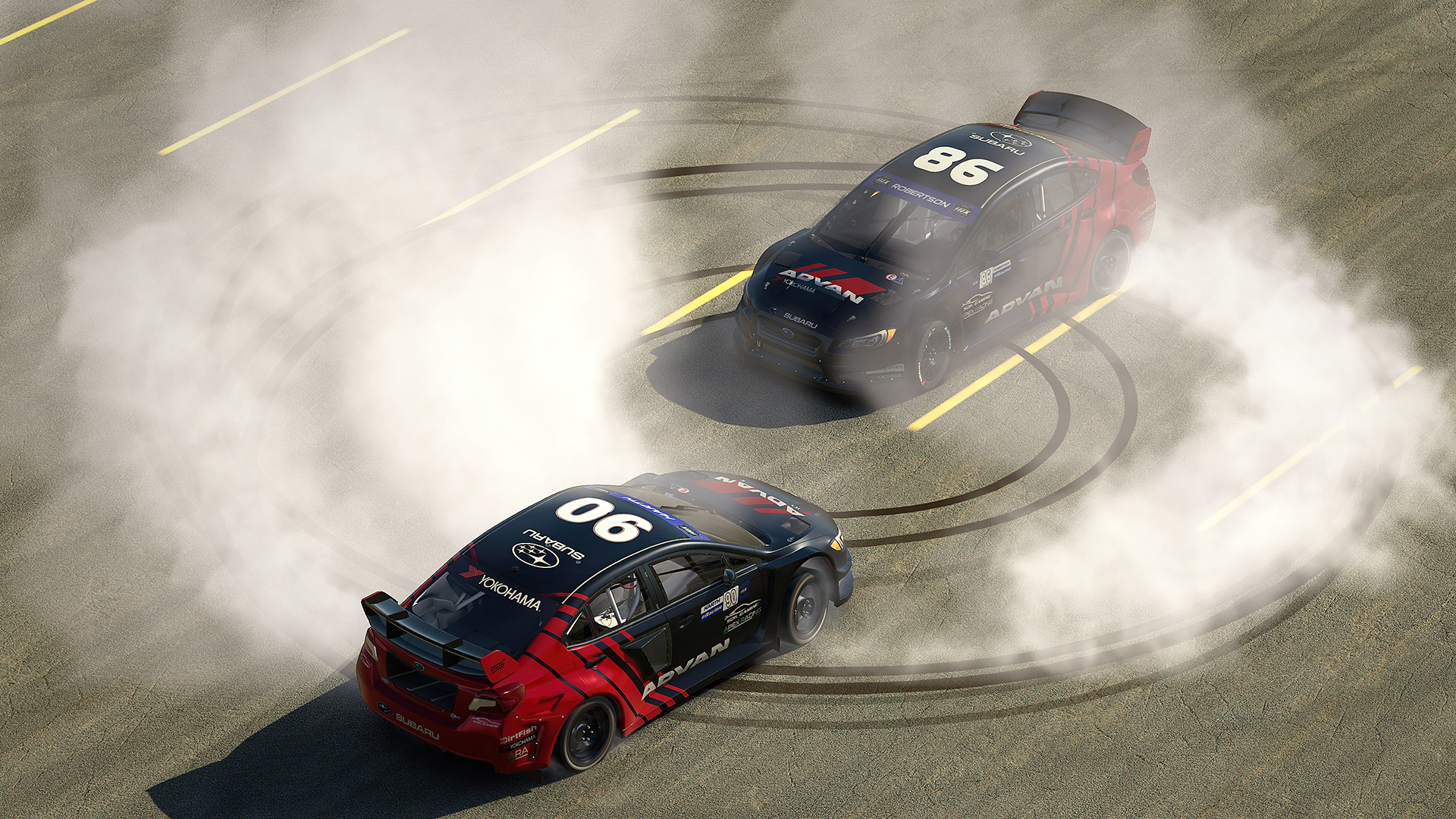