Atlanta Motor Speedway welcomed the world’s best virtual racers for round three of the iRacing Rallycross All-star invitational. Unsurprisingly, iRacing World Rallycross champion and vice-champion, Yohann Harth and Jon Robertson have exhibited their world class credentials in the Apex Racing Team Subarus. However, Apex Racing Team’s road racing superstar, Kevin Ellis Jr, has adapted to the mixed surface discipline of rallycross with aplomb. A second-place finish last time out at Barcelona sounded the arrival of the Scottish ace at the peak of virtual competition.

First up for Apex Racing Team, was Kevin Ellis Jr. Rolling off from third in the opening heat, the Supercup star began in a useful position to progress to the feature race. Straight from the off, the rough and tumble of rallycross began. A huge hit from behind nearly ended Ellis Jr.’s chances before they began. However, a lightning reflex of car control kept the ART Subaru on course. Opting to complete the joker lap early, Ellis Jr. followed race leader Garret Lowe through the shortcut.

With a handy advantage over the field, Ellis Jr. seized the opportunity and scythed past Lowe for the lead. However, rallycross superstar Jonne Ollikainen had left his joker trip to the last moment. Charging to the line, Ollikainen swept around Ellis Jr. and pinched the heat race win. Nevertheless, Ellis Jr. had done enough to transfer to the feature race once again. 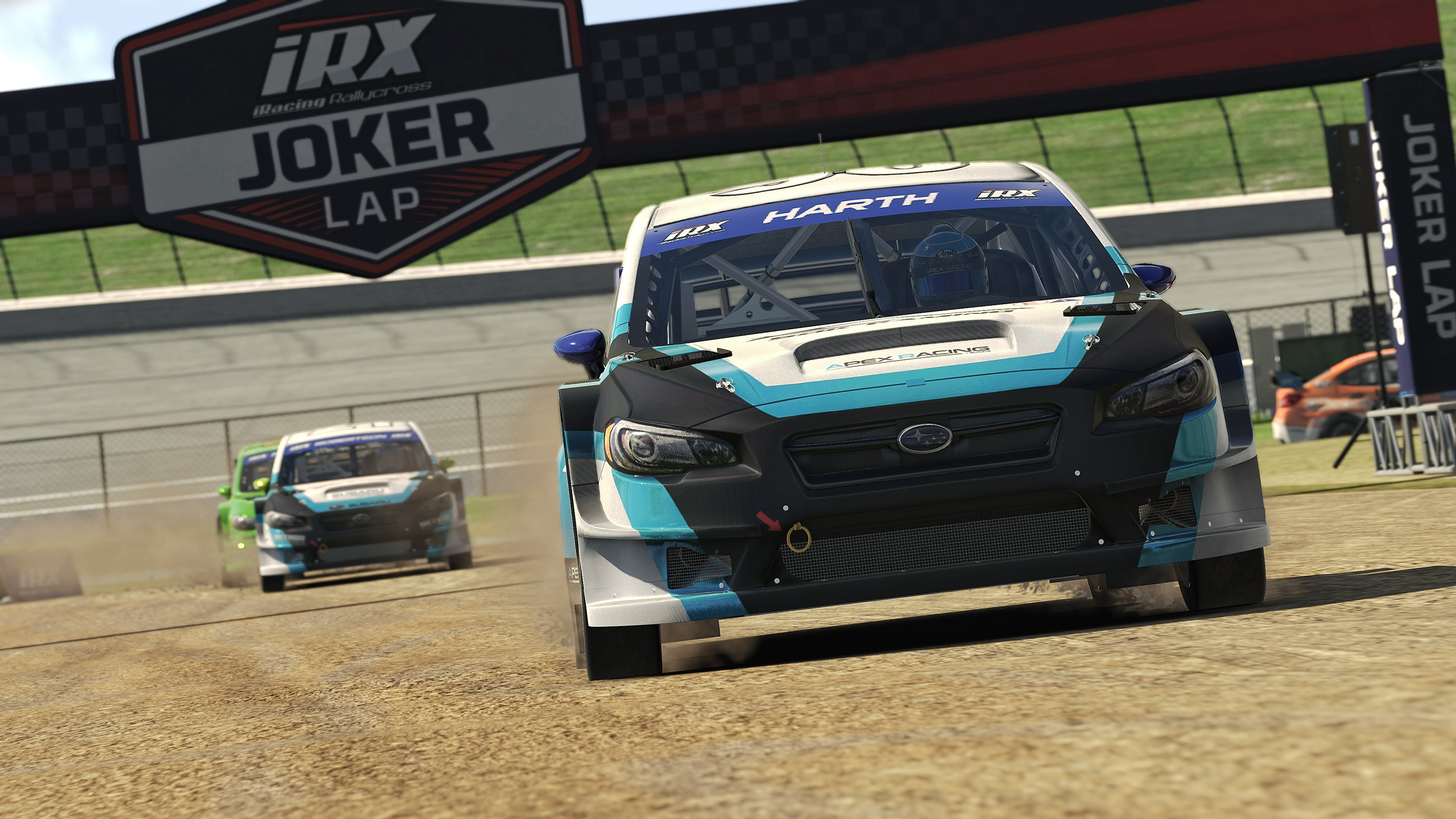 Apex Racing Team duo, Yohann Harth and Jake Robertson, started from the top two spots from the second heat race. For Jake Robertson, the heat races have dealt a cruel hand. Could the teenage star make amends in Atlanta? Emerging from the turn one punch up relatively unscathed, Yohann Harth took the lead early on with Robertson not far behind. Spotting an opportunity, Harth and Robertson both dived for the joker lane in the pursuit of clear track. While Harth led, Robertson had his hands full with the rapid Luc Fournier. As Yohann Harth cruised to the heat win, Robertson thwarted the challenge of Fournier and progressed to the feature race.

Starting from pole position in the fourth heat, Jon Robertson aimed to confirm all four ART Subarus in the feature race. A typical rallycross ruck nerfed Robertson off the track and to the rear of the field, leaving the British star with plenty of work to do.

However, true class only emerges in the face of adversity. Deploying superior pace, Robertson spent the remainder of the heat recovering the time lost from the turn one tussle. Leaving the joker trip to the last moment, Robertson swept to the line and pinched second place to progress to the feature. 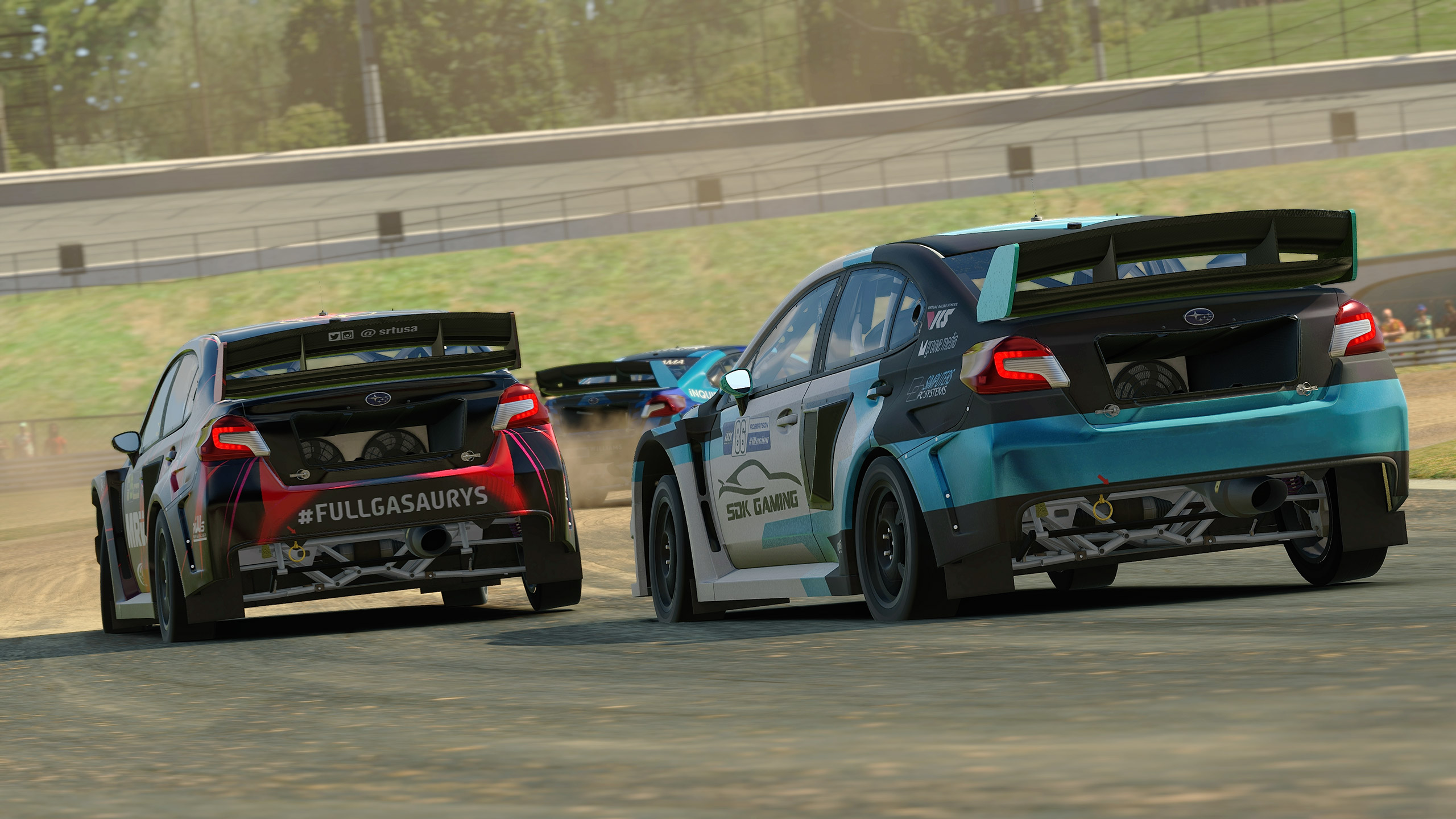 With a full contingent, the Apex Racing Team armada arrived to take on the feature racing. Starting in second position, Yohann Harth enjoyed a clear view to turn one. Kevin Ellis Jr. and Jake Robertson started fifth and sixth, respectively. Following his heat race drama, Jon Robertson faced another fight from deep in the field.

Unleashing a trademark rapid getaway, Yohann Harth led into turn one and immediately took the opportunity to speed through the joker lane. Following their world champion teammate’s lead, Jake Robertson and Kevin Ellis Jr. followed suit and made their compulsory joker trips. 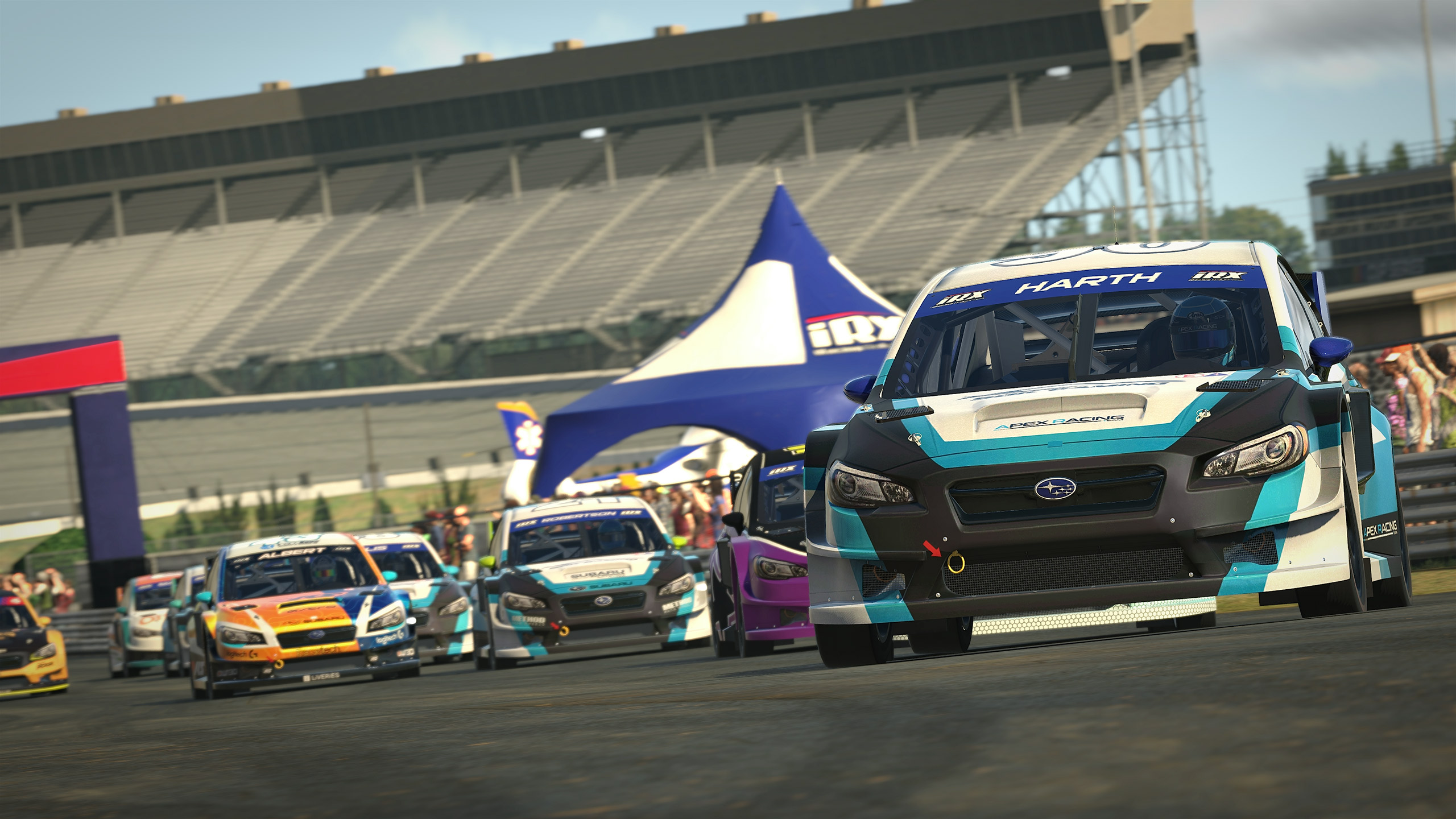 Although Yohann Harth enjoyed a comfortable lead out front, relaxing wasn’t an option. Back in seventh, Jonne Ollikainen laid down rapid times and still held the joker up his sleeve. On lap five, Ollikainen went all in and charged through the joker lane, emerging side by side with Harth. Game on.

Unperturbed by the stern challenge from Ollikainen, Harth edged ahead into the lead once more and cleared off for victory. Close behind, Jake Robertson now had his hands full with the arrival of Tommi Makinen from the joker lane. However, dispersing with Makinen came at a cost for Jake Robertson. At the final moment, elder brother Jon swept through the joker lane and pinched the last spot on the podium.

Yohann Harth: “Probably the most fun I’ve had on iRacing, thanks to Jonne (Ollikainen) for that race. I’m still not fully back up to speed in qualifying but race pace is definitely there. One more All-Star race at Charlotte, let’s have a good one!”

Kevin Ellis Jr.: “Relatively pleased with our performance out there for Round 3 at Atlanta. All the guys were absolutely rapid and taught me a lot in practice. To come away with a P6 still feeling slightly disappointed is a good sign as I feel we could’ve gotten all 4 of us in the top-5 if I’d have made less mistakes. Just lost touch with the front guys as the track wore and some inexperience bit us but when I did hook laps together the pace was close. Overall was a great meeting for the whole team with all 4 cars in the top-6, can’t wait for my favourite track next…Charlotte!!

On the first of June, the iRacing Rallycross All-Star Invitational concludes at Charlotte Motor Speedway. Can the Apex Racing Team score a hat trick of victories?