By Peter MacKayMay 6, 2021No Comments

Fluke and Harth fight back from early shunt

Across five rounds, teams compete for their place at the BMW Sim Live event in Munich. Winning one of the five qualifying rounds grants automatic entry to the live finale. A place in the top five books a spot in a shoot out for the final invitation to the ball.

The brawny M8 GTE has been chosen from the BMW stable for this prestigious championship. Boasting well over 500 horsepower and sophisticated aerodynamics for a GT car, the twin-turbo M8 provides a thrilling machine for the world’s best virtual racers to compete with. With direct endorsement from the Bavarian factory, the lines between virtual and physical motorsport continue to merge. 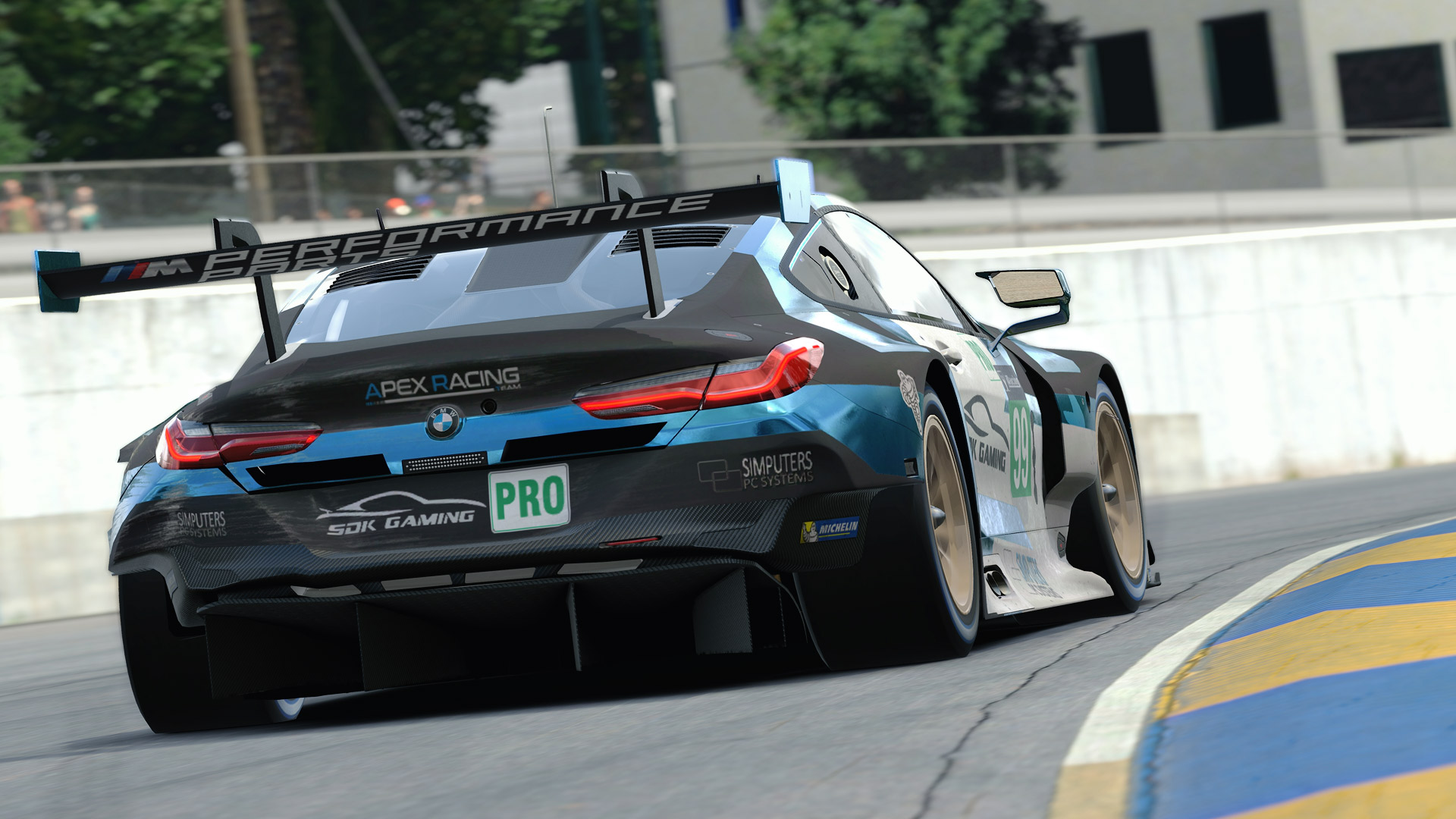 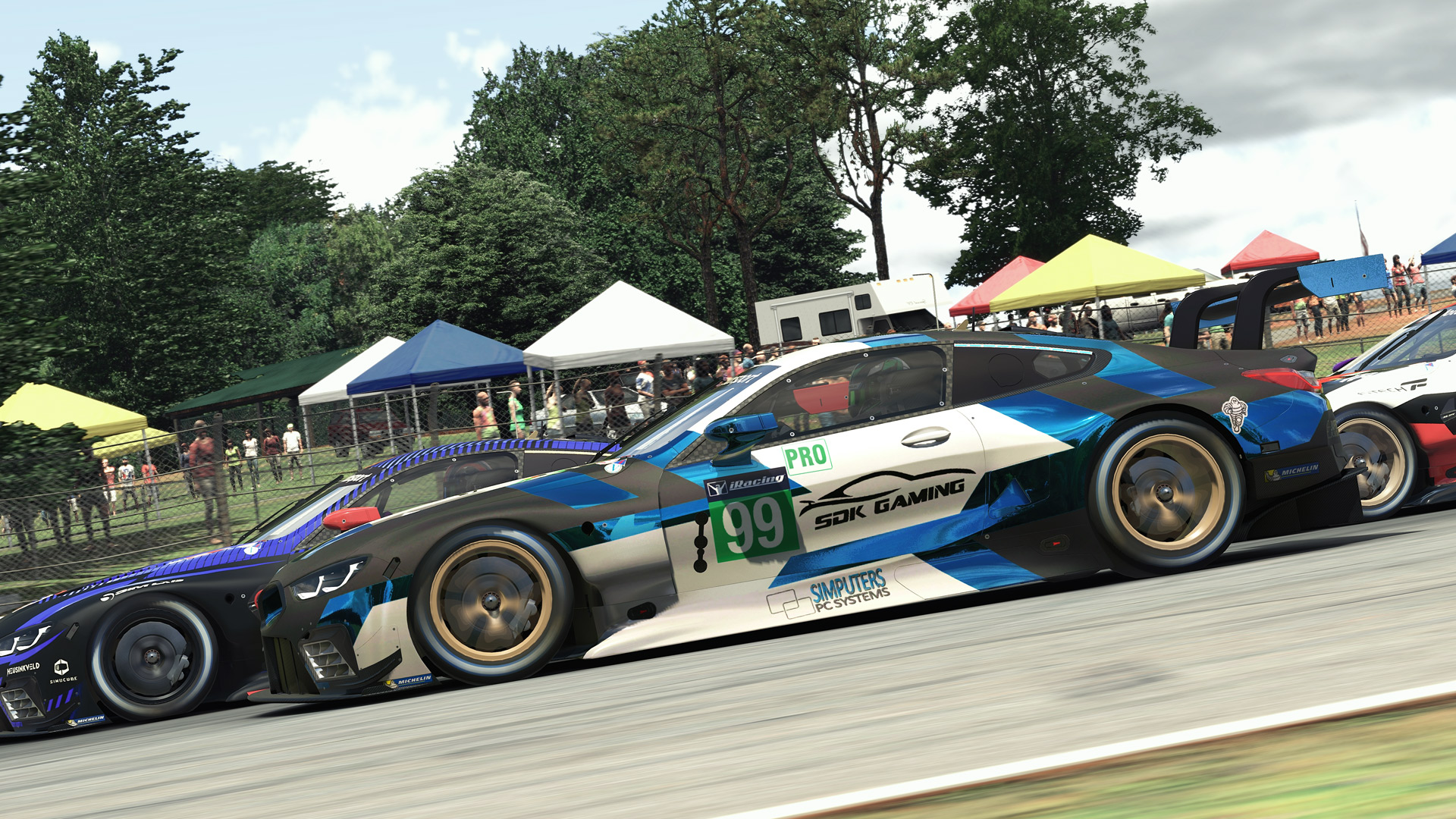 Road Atlanta hosted the fourth round of the BMW Sim Cup and the penultimate opportunity to progress to the next stage of this lucrative competition. Cut from red Georgia clay, this helter-skelter circuit hugs the rolling contours of the Braselton countryside. Since the 1970s, Road Atlanta has been an integral part of American sports car racing. In 1998, the inaugural Petit Le Mans event kicked off a wonderful era of endurance racing with the launch of the American Le Mans Series. On IMSA’s visit to Road Atlanta for a six-hour event in 2020, BMW Team RLL sped to the win ahead of rivals from Porsche and Corvette.

Armagh ace, Jamie Fluke, took the start of the two-hour event from seventh on the grid after an impressive qualifying run. While typical lap one chaos ensued throughout the field, Fluke serenely settled into a rhythm in seventh position. In the opening laps, Fluke had company from behind in the form of Phillipe Denes, one of many real-world racers transferring their skills to virtual motorsport.

Unfortunately, an overtaking manoeuvre gone wrong from Denes forced Fluke wide at turn one. As one of the fastest corners on the circuit, any off-track excursion will be punished. A high-speed impact with the tyre barrier spelled the end of the #99 Apex Racing Team BMW’s challenge for top honours.

After an admirable recovery from the early shunt, Jamie Fluke handed over to iRacing World Rallycross champion, Yohann Harth, who duly continued the revival. This tenacious fightback dragged the Apex Racing Team machine up to seventeenth overall from forty-nine starters.

On the 16th of May, the Apex Racing Team walk into the last chance saloon to advance in the BMW Sim GT Cup. Fifty teams will take on the Nurburgring in pursuit of a place in the high stakes finale in BMW’s home town of Munich. 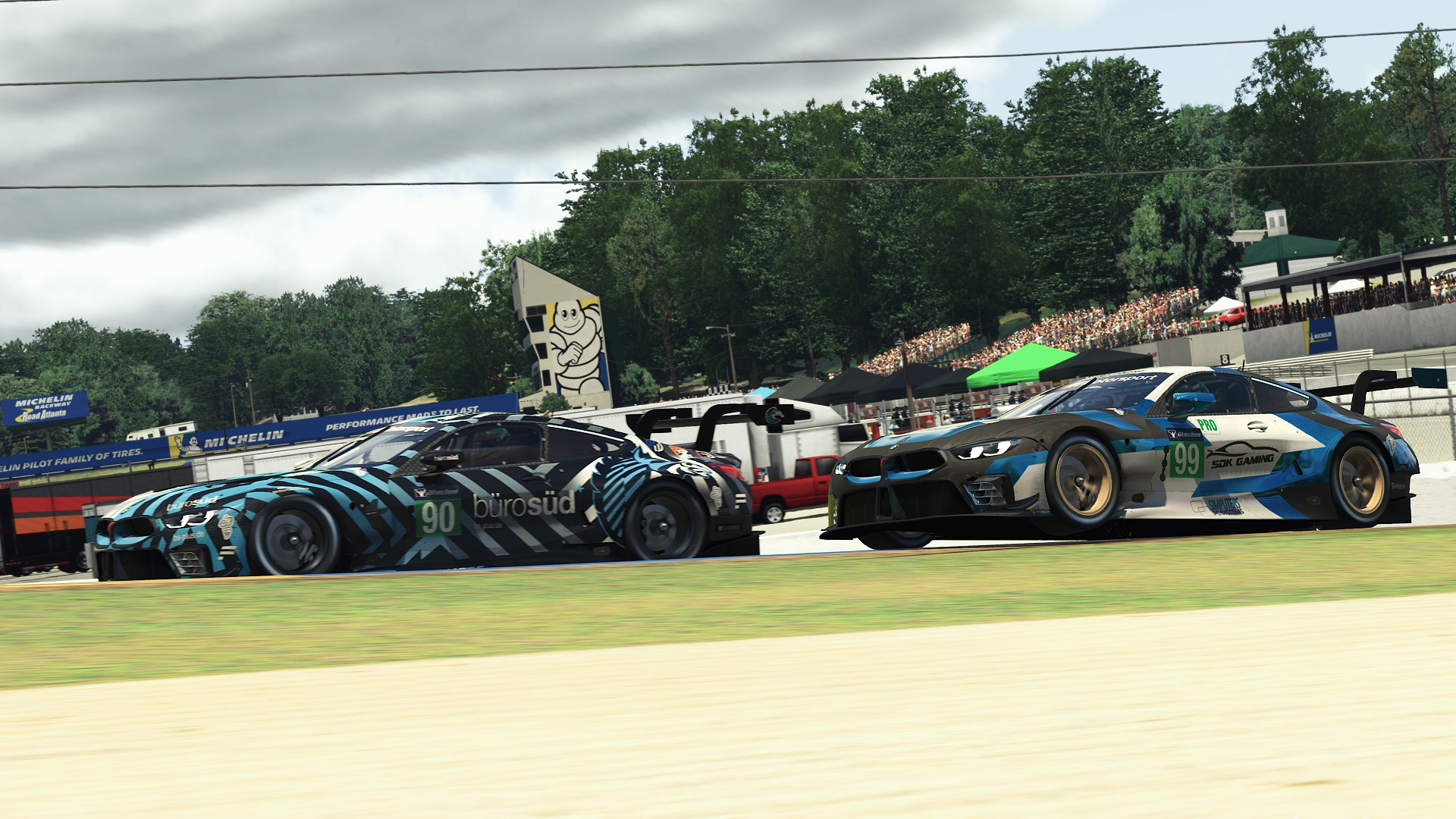 Jamie Fluke: “A frustrating day back in the M8. Qualifying went ok, P7 for a banker lap showed that we had some solid pace. In the race I was content to save fuel and ride in line. Unfortunately those around me didn’t share that mentality and on lap 13 I resisted making it 3 wide into T1 and got punished by the car behind diving in and shoving me into the wall. We lost a ton of time and less than a lap later we got hit from behind as I checked up for an incident at the chicane. From there, the plan was out the window but I managed to get far enough into the race before handing over the car to Yohann so he could recover us from 27th to 17th. The one positive is that we put a fast car together, unfortunately we couldn’t show it.” 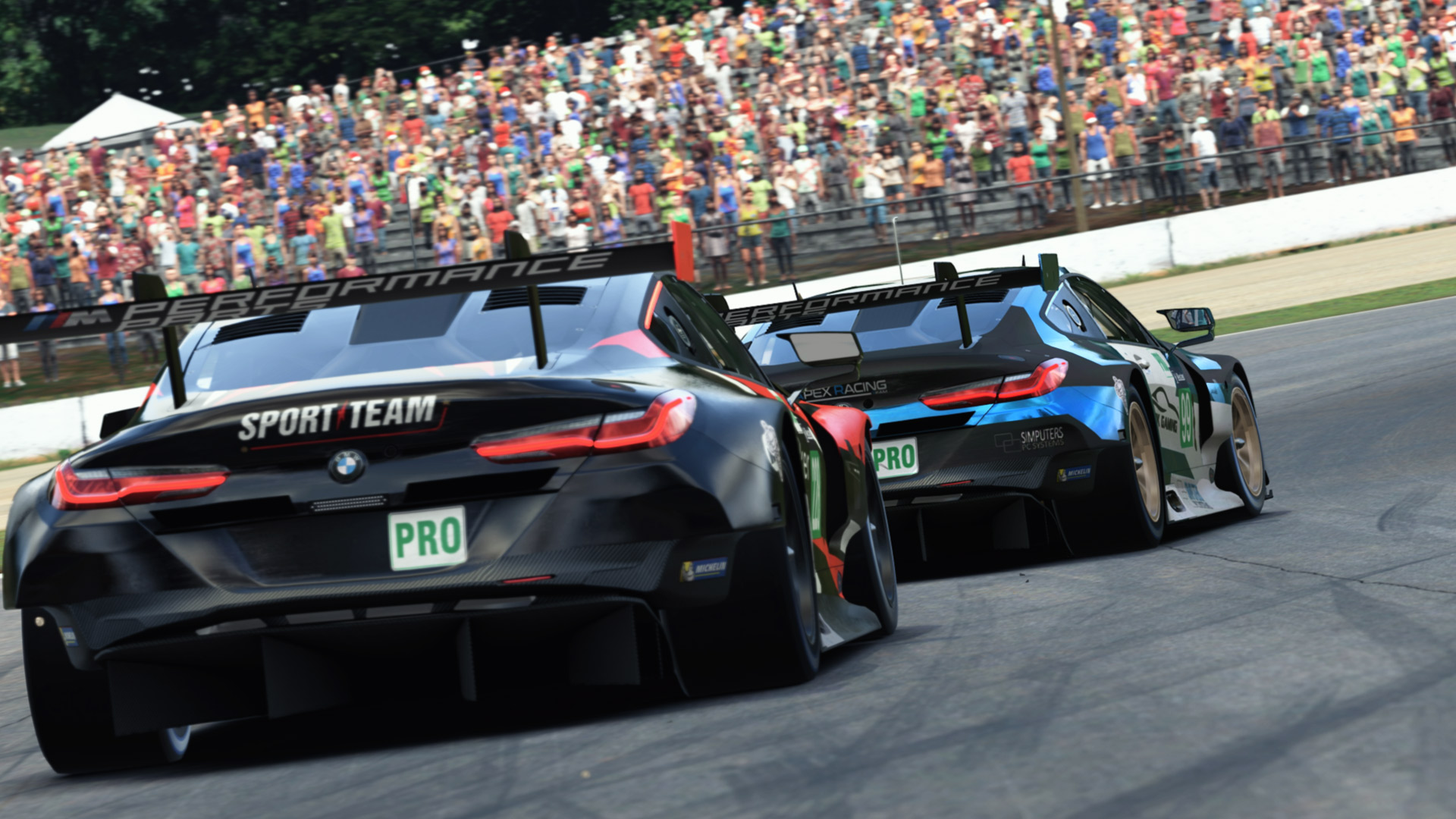