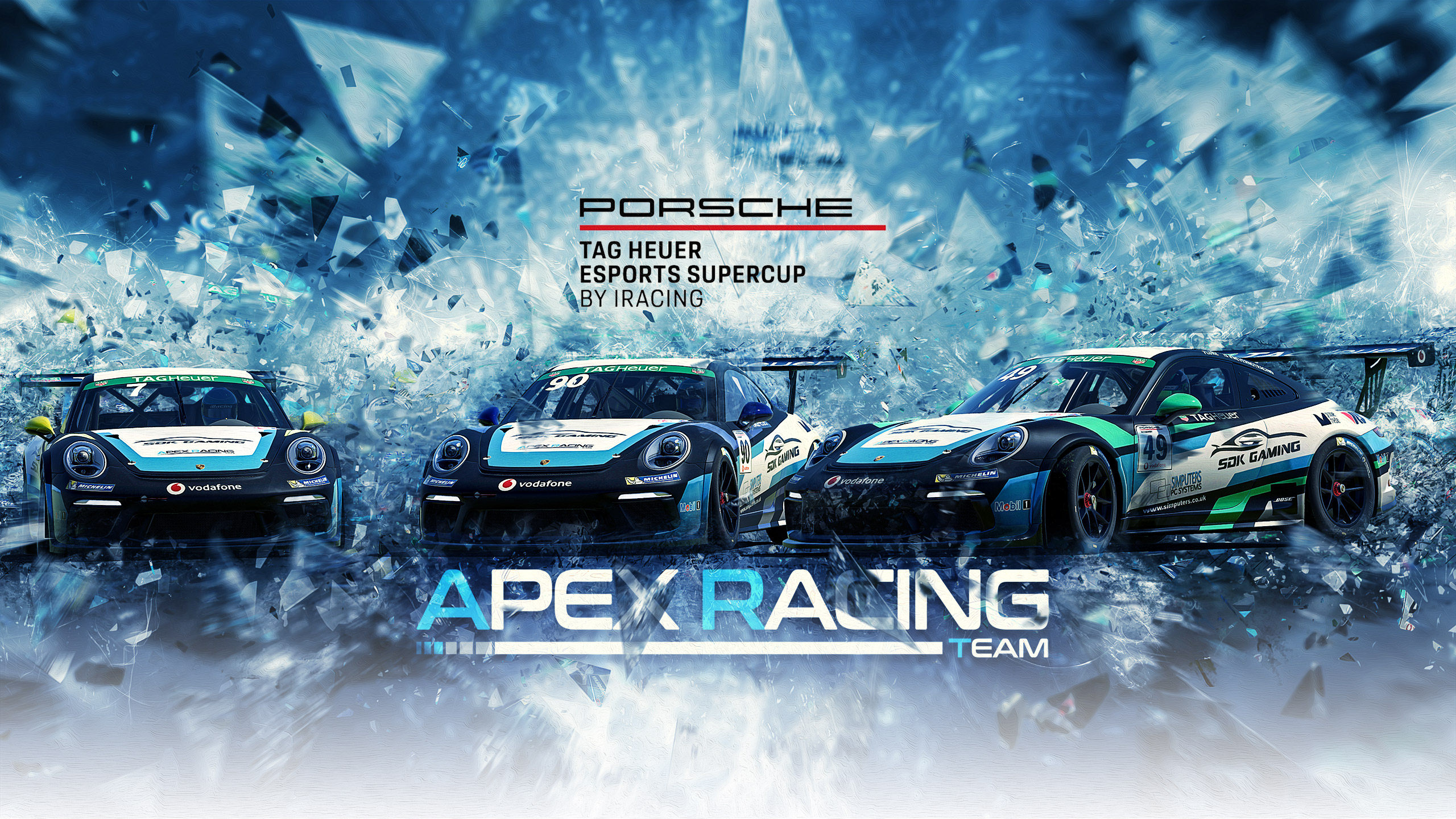 By Peter MacKayApril 28, 2021No Comments

The final round at Monza carried varying connotations for each member of the ART/RLL crew. Most importantly, Yohann Harth faced a dogfight to finish the season in the top twenty in points. If not, the iRacing World Rallycross Champion would face the peril of pre-qualifying.

For RLL pair, Kevin Ellis Jr and Zac Campbell, a stellar season placed both in a fierce fight for lucrative championship points. With a $200,000 prize pot spread across the field, every point would count. 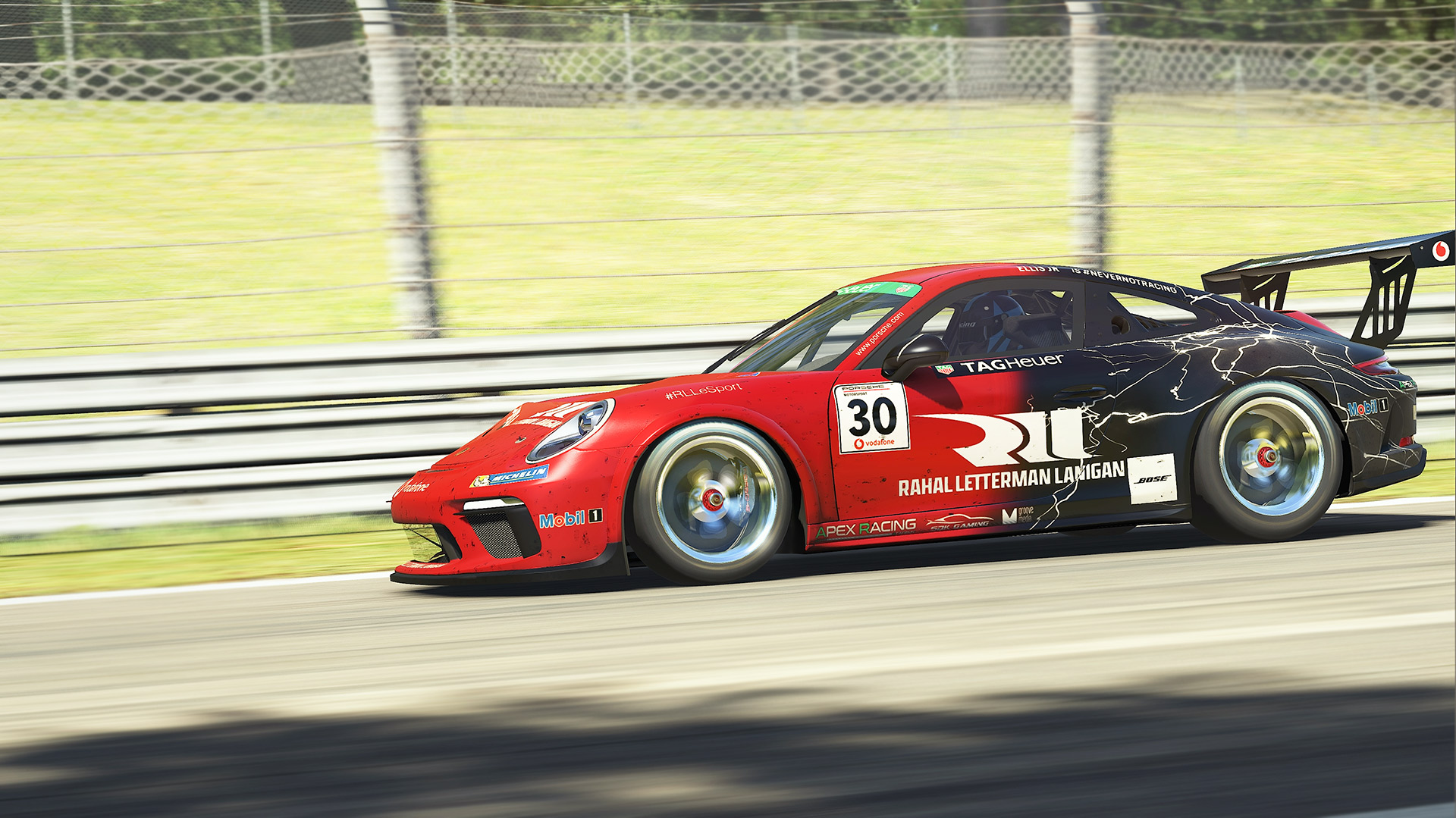 Kevin Ellis Jr. set the pace of the RLL/ART drivers and qualified seventh. Immediately behind on rows five and six, were Yohann Harth and Jamie Fluke. Jeff Giassi and Zac Campbell started from the ninth row.

Negotiating the turn one bunfight perfectly, Kevin Ellis Jr. progressed to fifth on the opening lap ahead of newly crowned champion, Joshua Rogers. Close behind, Jamie Fluke and Yohann Harth made crucial progress to seventh and ninth places, respectively.

Once again, Kevin Ellis Jr. proved his ability to run comfortably with the world’s best sim racers. A shrewd move from Rogers snatched a top five spot for the Scottish star. Nevertheless, sixth place bagged strong points and an optimal grid spot for the feature race.

By virtue of an eighth-place finish in race one, Yohann Harth started the final feature race on pole position. A perfect start to the most important race of the season for Harth. A strong result would guarantee the iRacing World Rallycross champions place in the next Porsche Tag Heuer eSports Supercup season. Immediately behind Harth, Kevin Ellis Jr. started the final feature race in third position.

While Yohann Harth negotiated Monza’s treacherous opening corner successfully to retain the lead, Kevin Ellis Jr. wasn’t so fortunate. A light tap from another driver in the pack sent the RLL star into a spin and all the way to the back of the order. 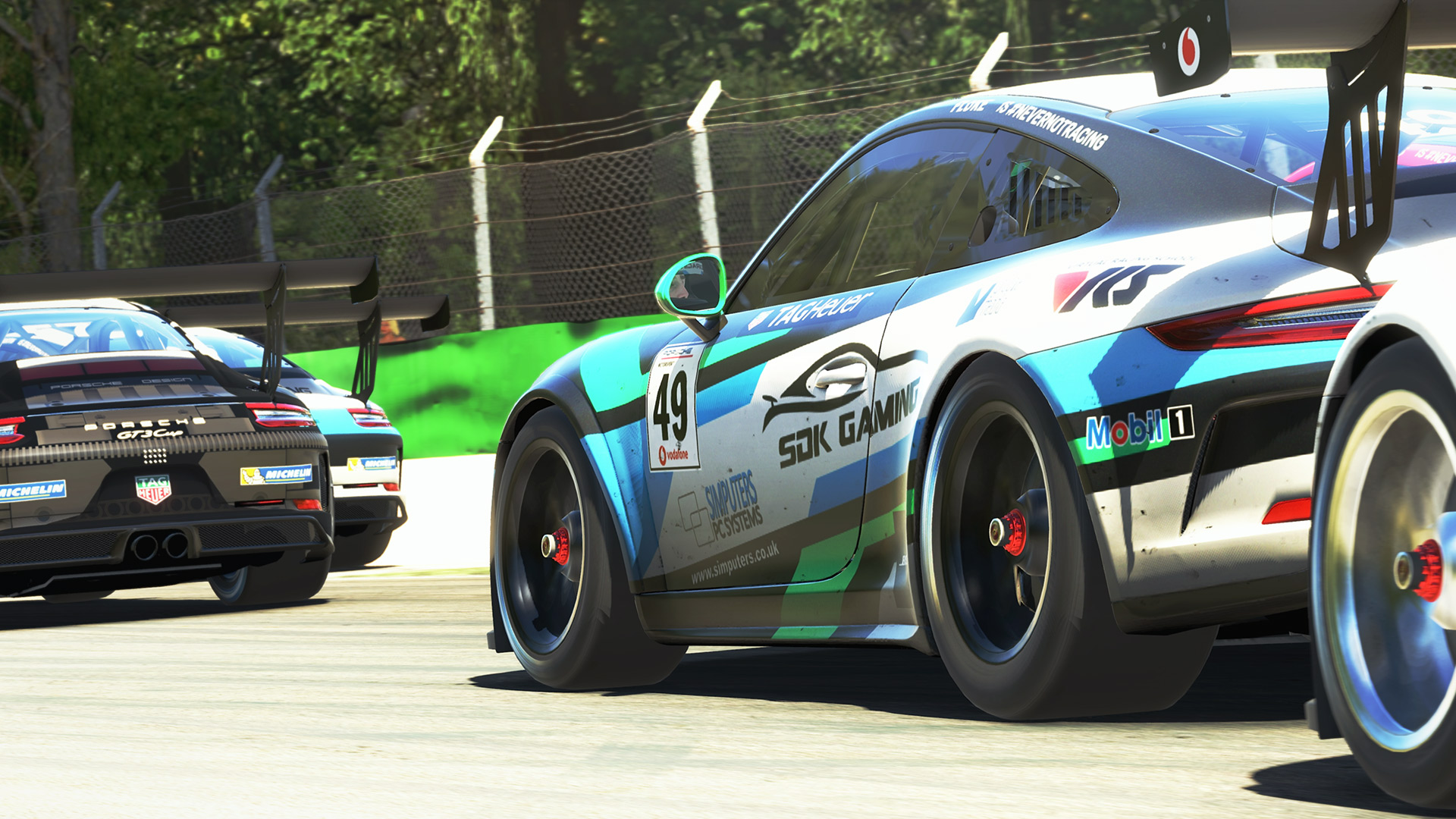 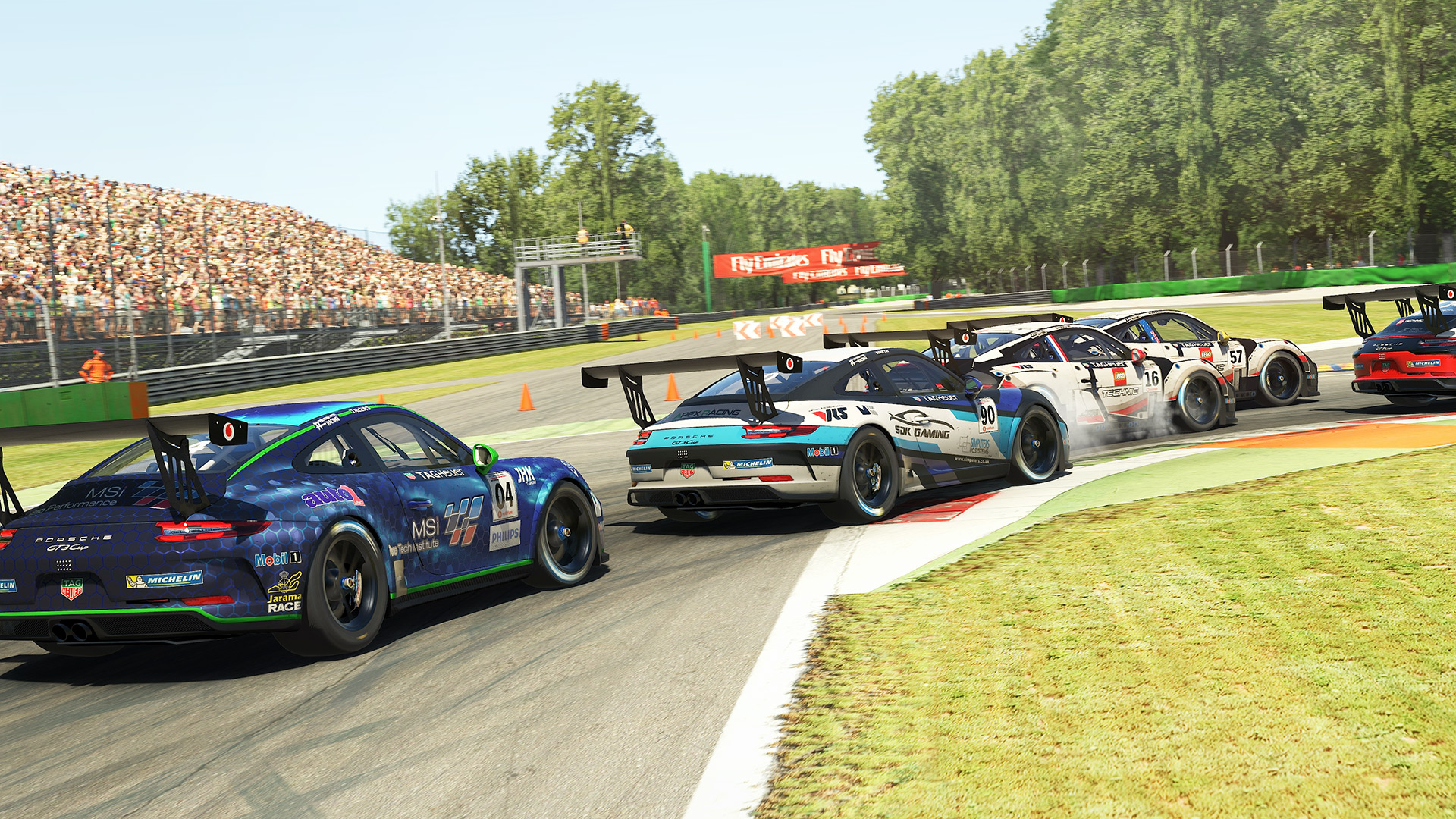 Although running fantastic pace at the front of the field, the threat of a slip stream pass is an ever-present threat at speed bowls such as Monza. On lap four, Harth couldn’t thwart Mac Bakkum’s advance and the Lego Technic driver assumed the lead.

Harth also had to contend with another threat in the form of a swarm of cars from rival team, Coanda. By half race distance, Harth had been shuffled back to fifth. However, the tenacious Frenchman fought on as his Porsche Tag Heuer eSports Supercup prospects hung in the balance.

With three laps to go, Harth dug deep to move back to fourth place. Meanwhile, exchanges further back in the field swapped Harth’s place in the 2022 season back and forth. On the penultimate lap, a minutely excessive throttle in put sent Harth’s ART Porsche into a slide, costing valuable seconds and dropping the French star to fifth.

Charging down the home straight to turn one for the final time, Harth went all in. An inspired move into turn one yielded not one, but two positions. Meanwhile, unbeknown to Harth, a drive through penalty for Moreno Sirica dropped the Williams eSports driver out of the top twenty in the points.

Heading into Monza, Yohann Harth’s prospects looked bleak after a tough season. However, grasping a podium finish in the final race of the season will go down as a major highlight in the world champion’s career. Bravo Yohann! 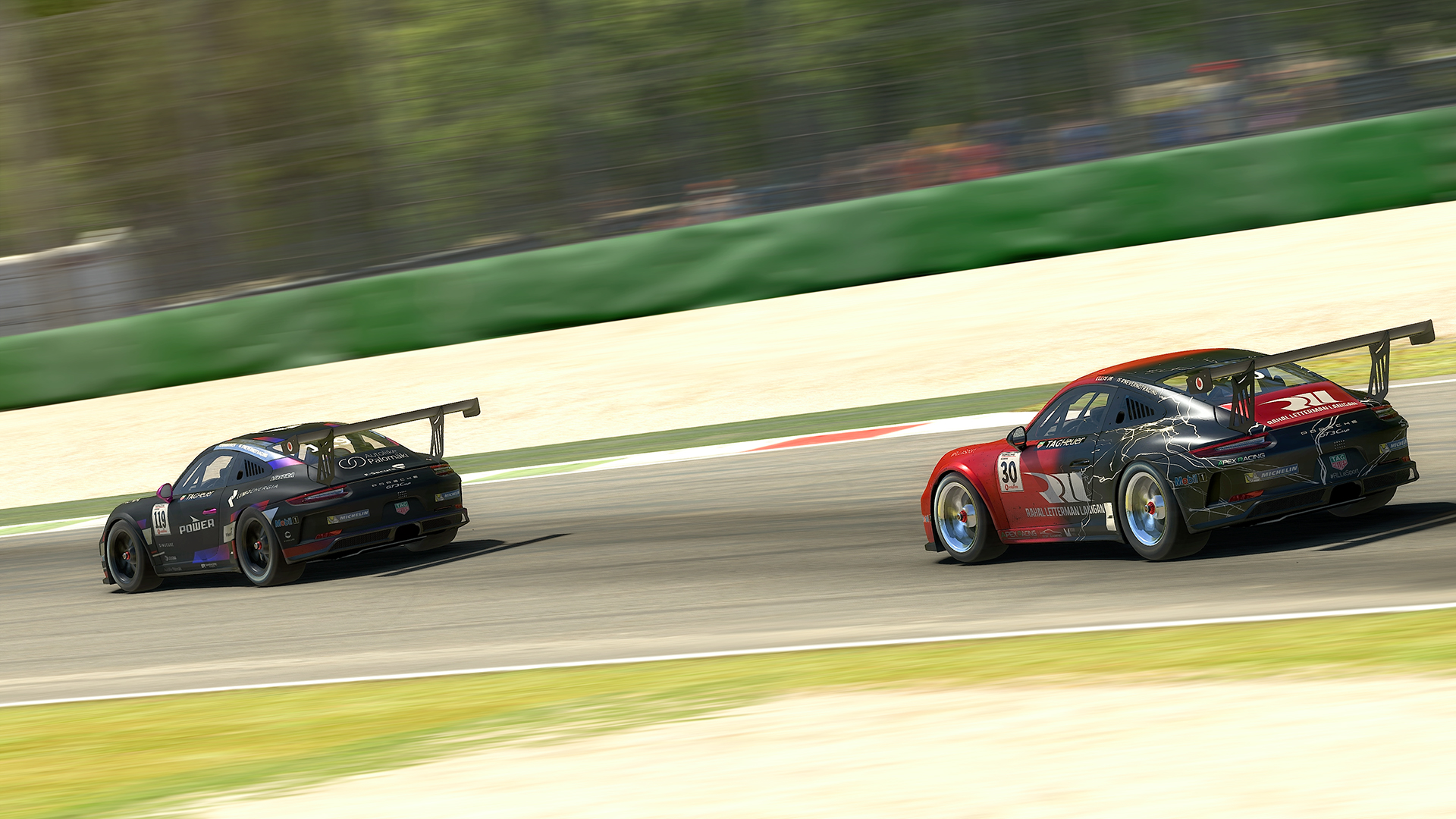 Jamie Fluke: “A very stressful day at the office once we got qualifying out of the way and I had Yohann around me who really needed a massive result to retain his licence. Qualifying itself went fine, I put in a decent lap, only a slightly poor Lesmo 2 and Ascari letting me down a bit and preventing me from being up amongst the top Coanda boys but I wasn’t gutted. Off the line I got a flyer for once and quickly moved into 7th. From there I was content to ride in line and pick up the reverse grid if necessary, however with Yohann in 9th and needing the points and the reverse more than I did, I was tentative in the last lap battles, first with Tahtela into T1 and then with Yohann into Parabolica. P9 is where I ended. Job done. For the feature however once Kevin got thumped off at T1, Yohann was left all alone up front against 5 Coanda cars and I couldn’t muscle my way through to help him out. A group of I think 7 of us had broken away by mid-distance, so barring any skirmishes we would hopefully score a solid result to end the season on a personal note. There was a last lap bust-up that I took a slowdown for to avoid but it kept my car clean and I regained the spot I lost to end 6th, but most importantly Yohann was 3rd and he got the points he needed. A really tough season with a lot of struggles, but we all made it in for another year of this crazy championship!” 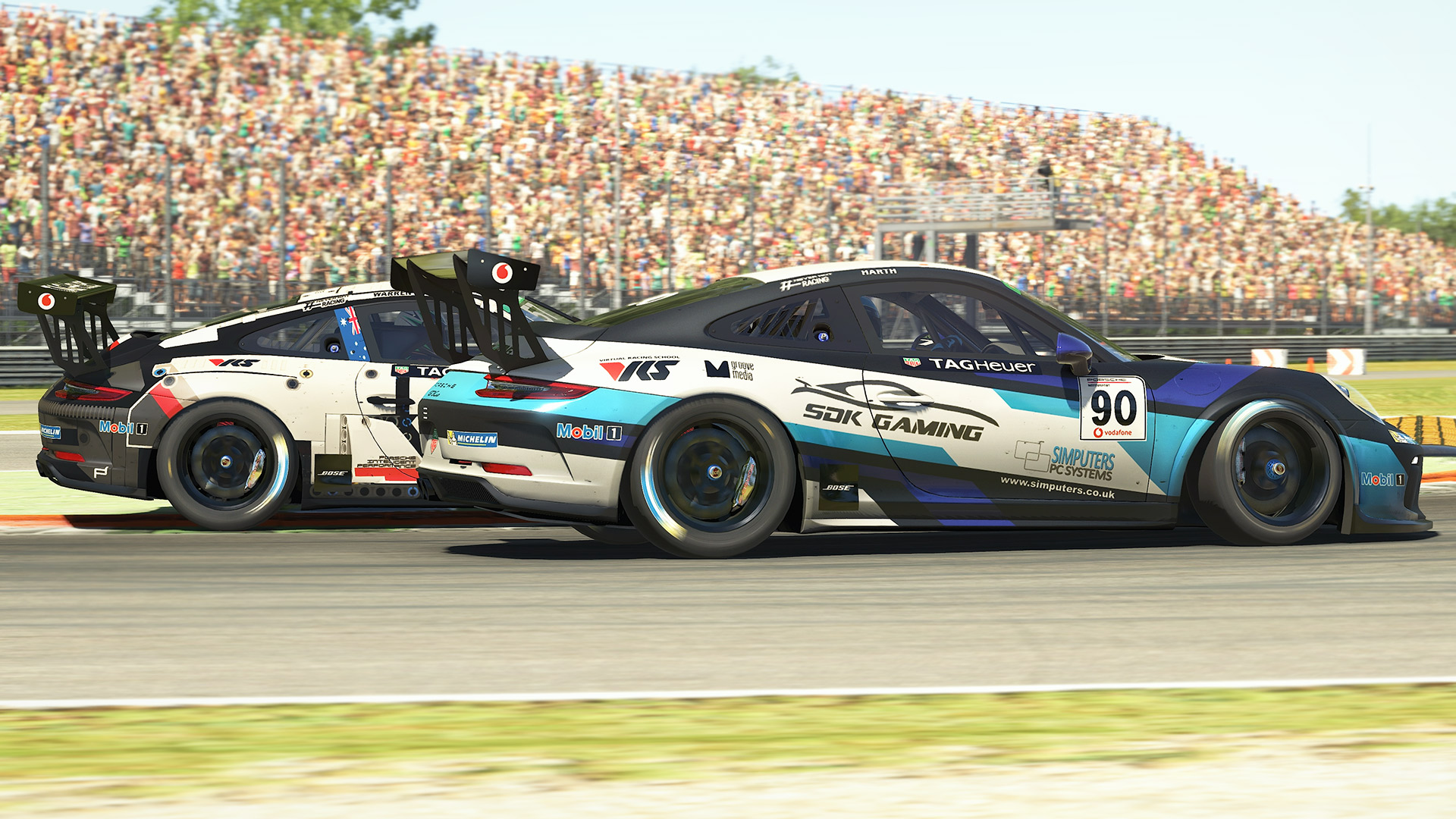 Yohann Harth: “I should really stop making it so hard for myself coming into the last round of the season. Last year wasn’t as stressful though…
I made it, but it was the most nerve wracking race I’ve ever been a part of and I can’t thank Michele (Costantini) enough for helping me keep calm under the circumstances
Thanks to all the guys as well, awesome effort from everyone this year once again, and we finally get to rest after a flat out start to the year” 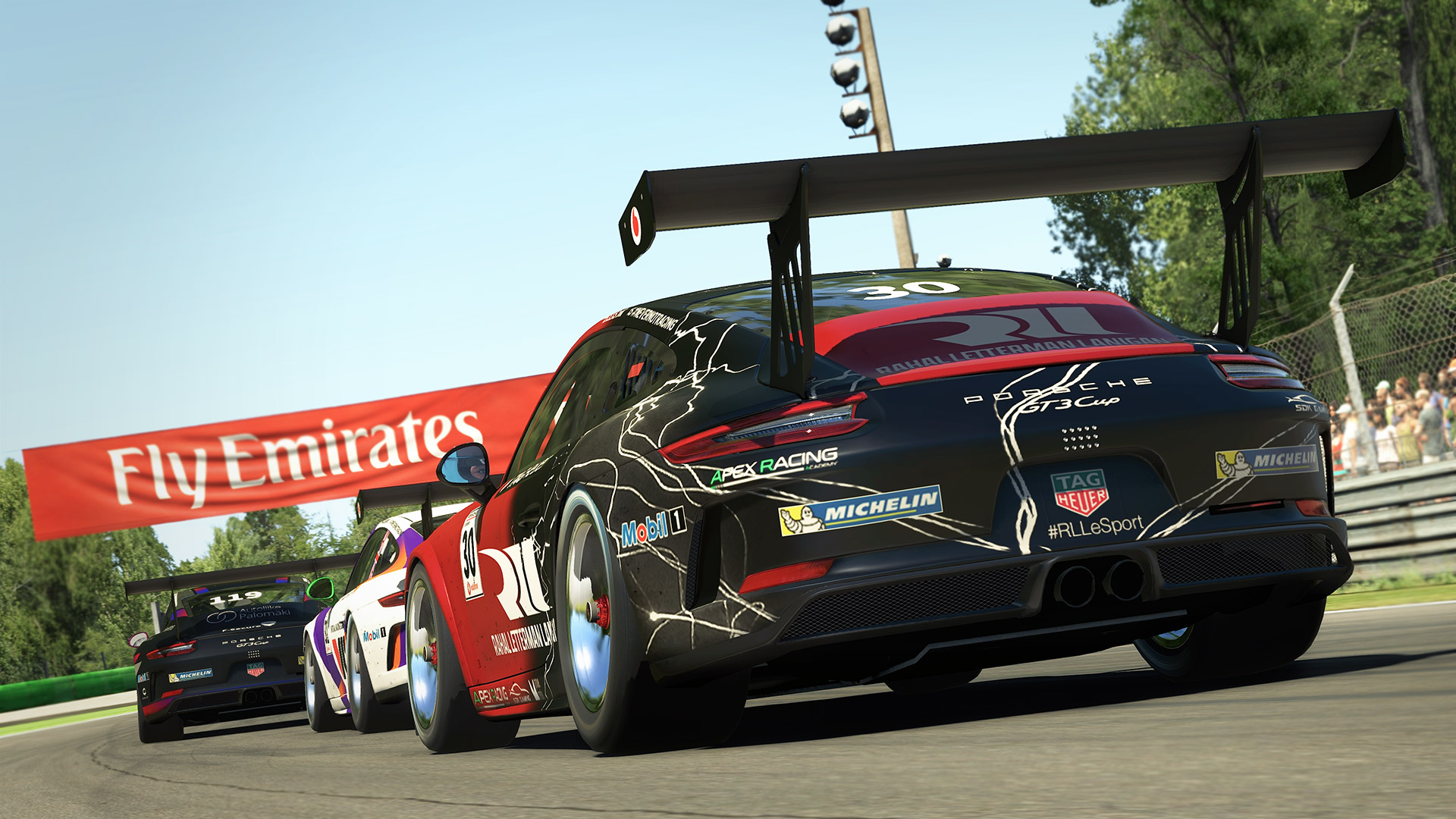 Zac Campbell: “Monza didn’t go to plan, obviously! It was one of the tracks I was looking forward to the least and it’s a shame we were really out of the running early with the accident in the Sprint race. Although in the feature I had a ton of fun, I think we went up 19 spots or so and I had a blast the whole time! Wish we could’ve had a little more but I’m incredibly happy with 8th in points and can’t wait to see what we can do next year!”

Kevin Ellis Jr.: “Just another day at the office, crashed from P2 in the Feature after my first positive Qualifying performance since Road Atlanta. Recovered to 17th and looks like we’ve ended the season 4th in points after penalties were applied. I consider this season a poor one from my end so to be P4 with as many DNF’s and setbacks as we had is encouraging to say the least.”