By Peter MacKayApril 28, 2021No Comments

iRacing’s All Star Invitational Rallycross series kicked off in style at Brands Hatch last week. Across a four-round season, the Apex Racing Team face off against the world’s very best virtual rallycross stars.

A recent addition to the iRacing service, Brands Hatch poses a new challenge to the elite of virtual motorsport. Although better known for hosting the annual British Touring Car and British Superbike championship season finales, Brands Hatch does have a legacy in off road racing. Before the track was paved in 1950 to accommodate Formula 3 cars, racers took to the dirt of Brands Hatch. In fact, Brands Hatch’s first race involved no cars at all. A race held between cross country runners and cyclists saw the runners take the spoils!

Deploying another devastating dash from the line, Yohann Harth flaunted his world champion credentials in style and dominated the opening heat. Despite being relatively inexperienced in this mixed surface discipline, Kevin Ellis Jr. maintained a highly impressive pace and followed Harth home in second place. Both Harth and Ellis Jr. marched on to the final in high spirits.

Aylesbury aces, Jon and Jake Robertson, lined up for the third heat in first and third places on the grid. Unfortunately, an early incident snatched Jake Robertson from proceedings on lap one and forced the fifteen-year-old to the back of the last chance qualifier grid. Nevertheless, elder brother Jon engaged in a tense fight with Lucas Dall Olmo for the lead. 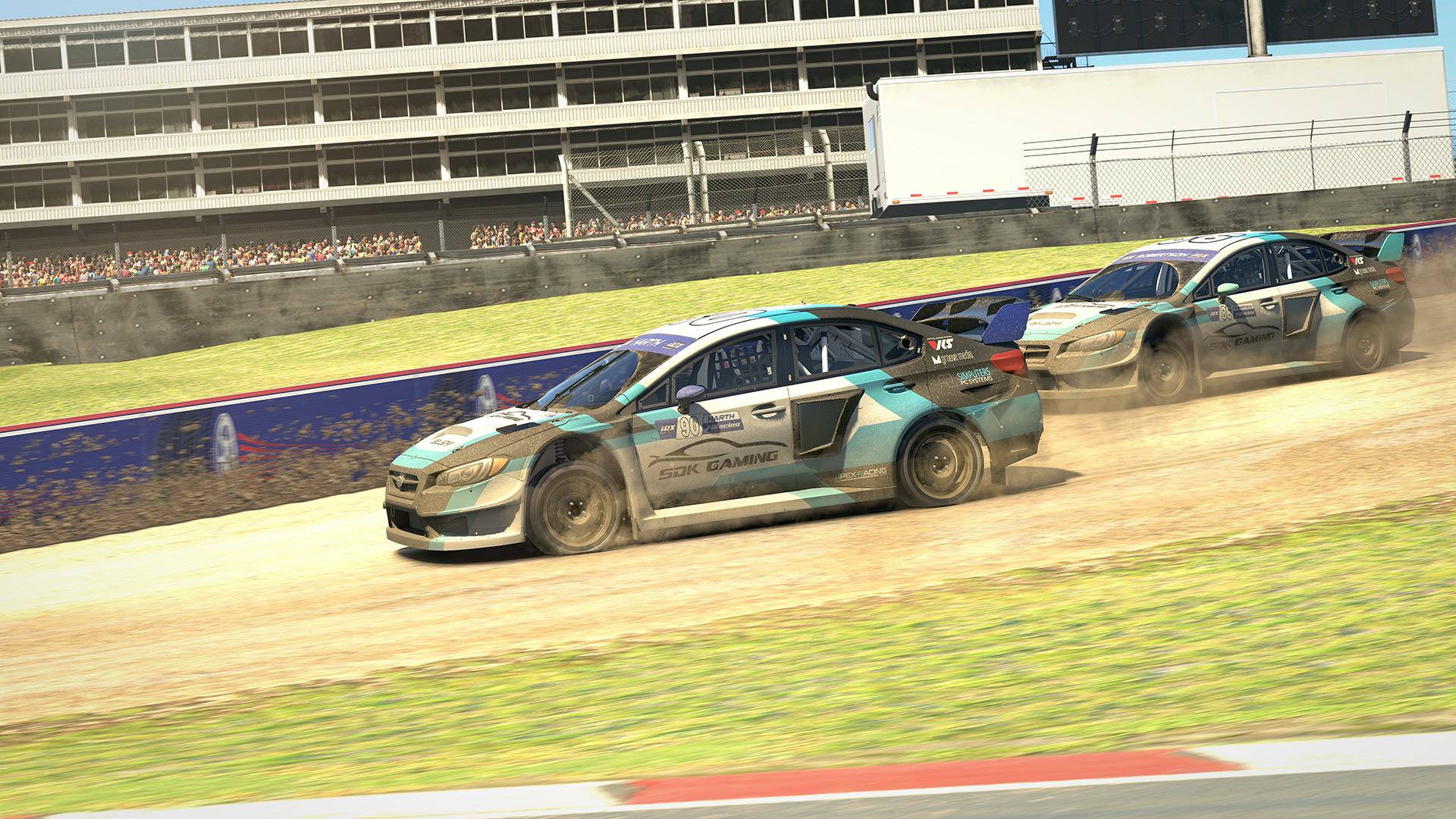 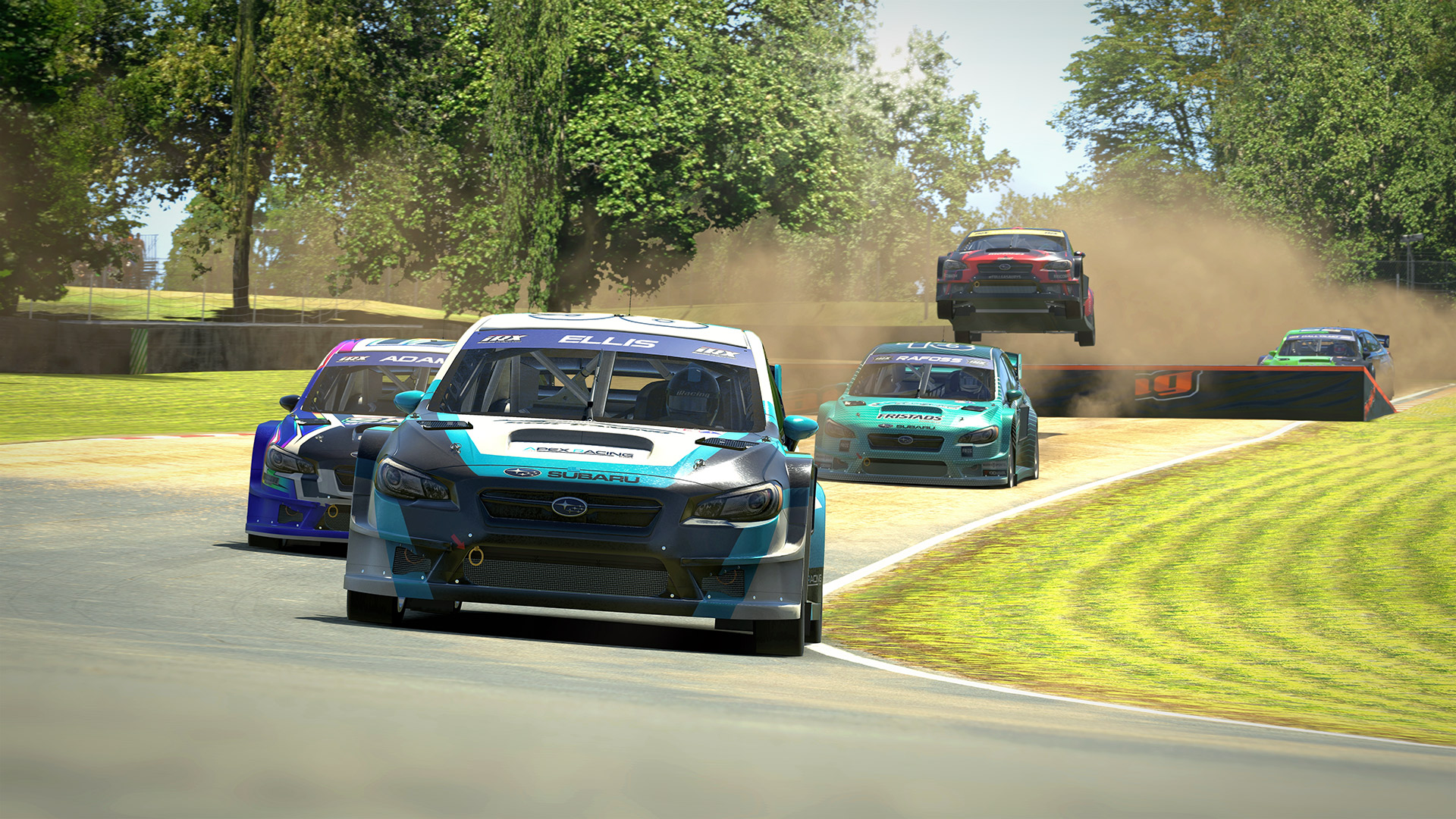 Heading into the penultimate lap, Robertson remained in Dall Olmo’s wheel tracks. Opting to take the compulsory trip through the lengthy joker lane first, Robertson set up a sprint to the line. On the final lap, a slight error from Dall Olmo in the joker lane gave Robertson the vital edge he needed to speed to the line and pinch the heat race win.

For the all-important feature race, Yohann Harth, Jon Robertson and Kevin Ellis Jr. started on the first, second and third row, respectively. Once again, Yohann Harth rocketed his ART Subaru off the line to pinch the lead into turn one. Close behind the French star, was ART stablemate, Jon Robertson. Unfortunately, Kevin Ellis Jr. suffered in the mid pack melee and was forced on to the back foot early on.

A shrewd strategical ploy saw Jon Robertson dive to the joker lane early, hoping to undercut the leaders later on. With only two laps remaining, Yohann Harth had yet to take his trip through the joker lane. Meanwhile, Robertson was mired behind second placed driver, Tommi Hallman.

At the final opportunity, Harth took to the joker lane and emerged a whisker ahead of Robertson to seal an Apex Racing Team one-two finish. A perfect start to the iRacing Rallycross All Star Invitational series. 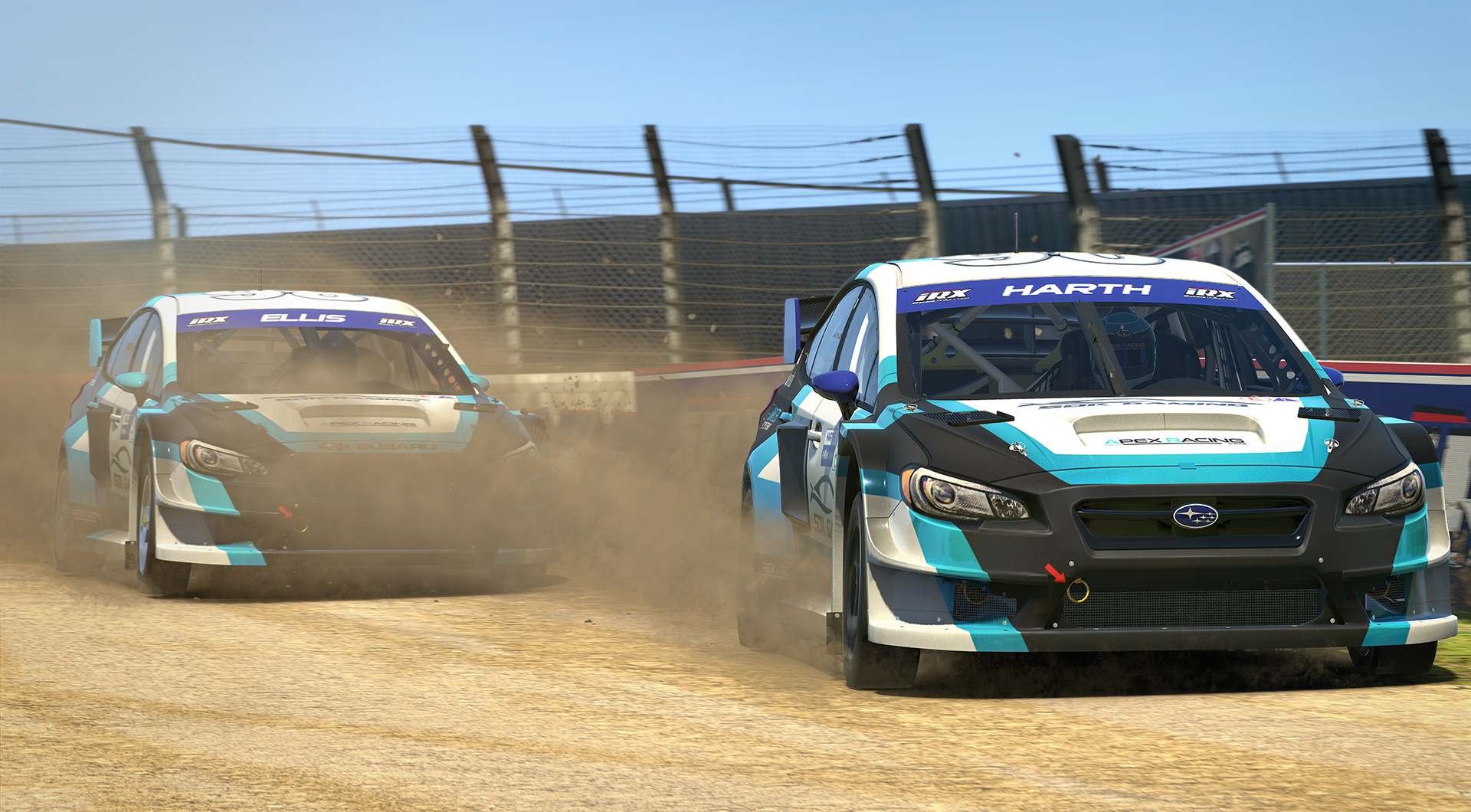 Yohann Harth: “Perfect way to start the iRX season
It was a super fun race with Tommi (Hallman) & Jon, I’m looking forward to the next round at Barcelona, another new track to learn”

Kevin Ellis Jr.: “Had a great debut out there for the iRX All-Star invitational! Was all about learning and we did plenty of that. Encouraging signs heading into the World Championship Qualifying in a couple months time.”

On the fourth of May, the Apex Racing Team crew head to Barcelona for round two of the iRacing Rallycross All Star Invitational. 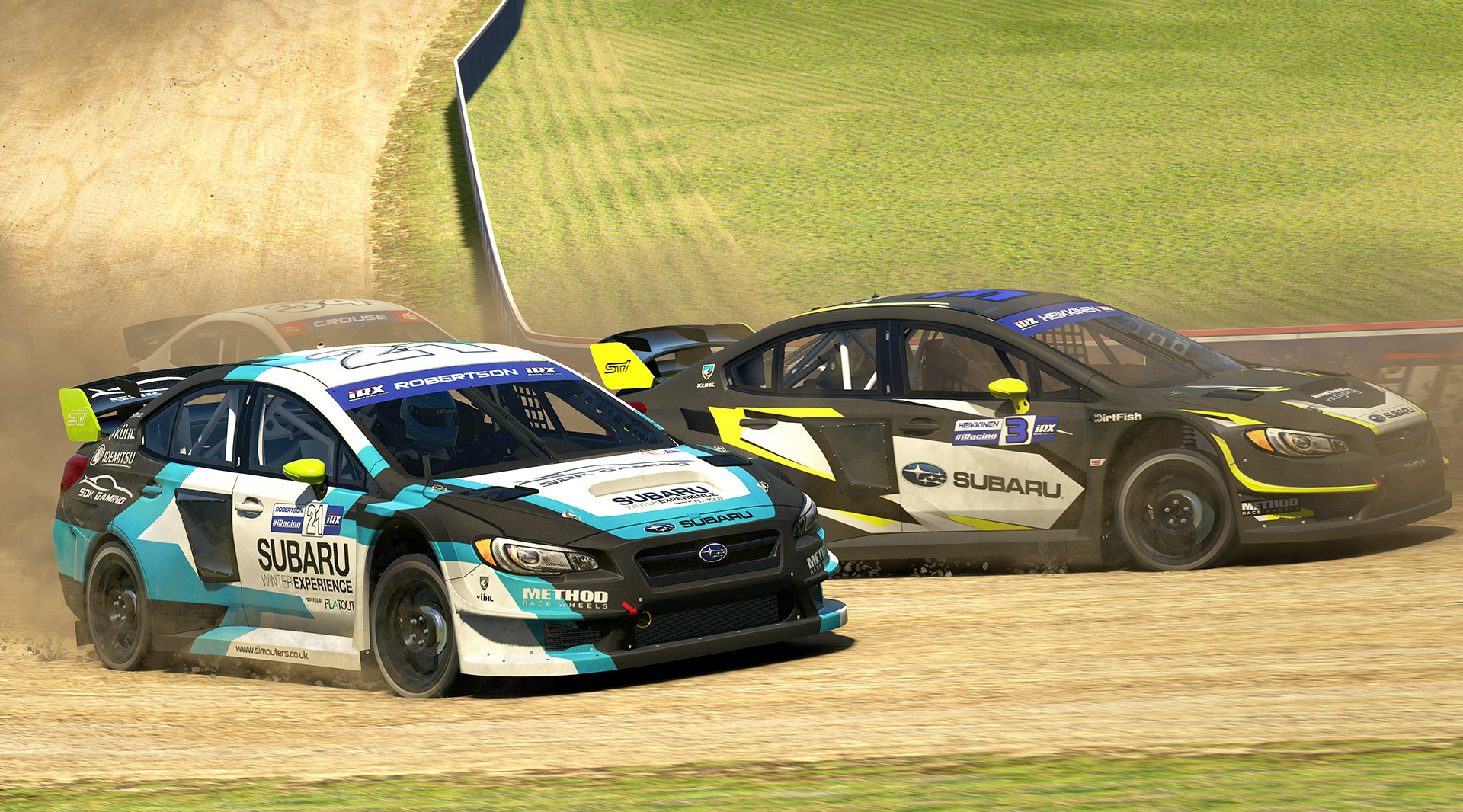