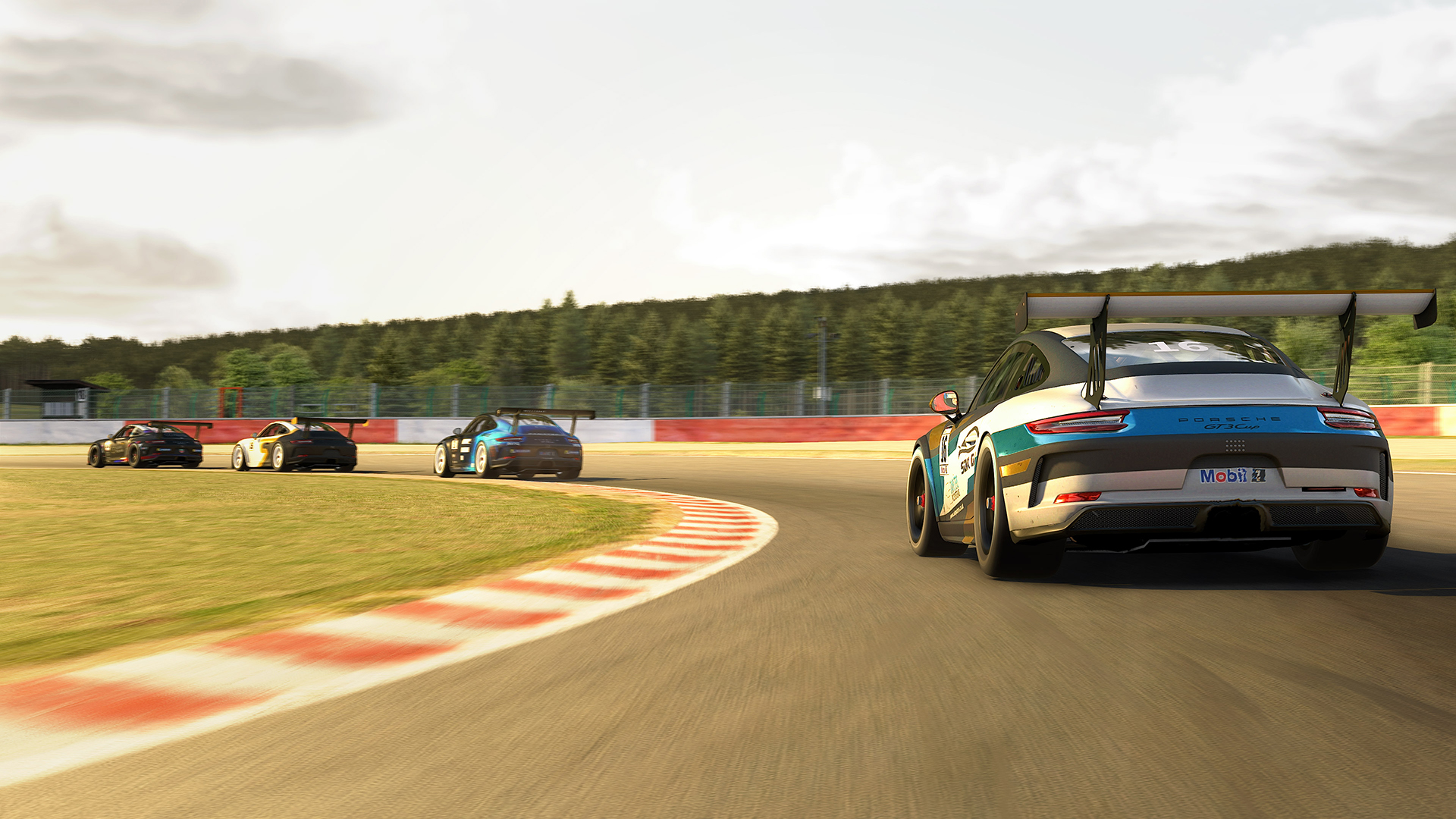 By Peter MacKayNovember 16, 2020No Comments

Campbell relaxes after success at Spa!

Zac Campbell and Peter Berryman embarked on the penultimate round of the Porsche Tag Heuer Esports Supercup qualifiers with a point to prove. In the rough and tumble of qualifying for sim racing’s most prestigious series, Campbell and Berryman have fallen foul of other’s incidents.

Throughout the arduous qualification process for the Porsche Tag Heuer Esports Supercup, Zac Campbell’s pace has been superb. Spa Francorchamps provides the perfect venue to expose the fastest drivers in any field. For the fourth round of qualifying, Campbell had the platform to prove his Supercup credentials. 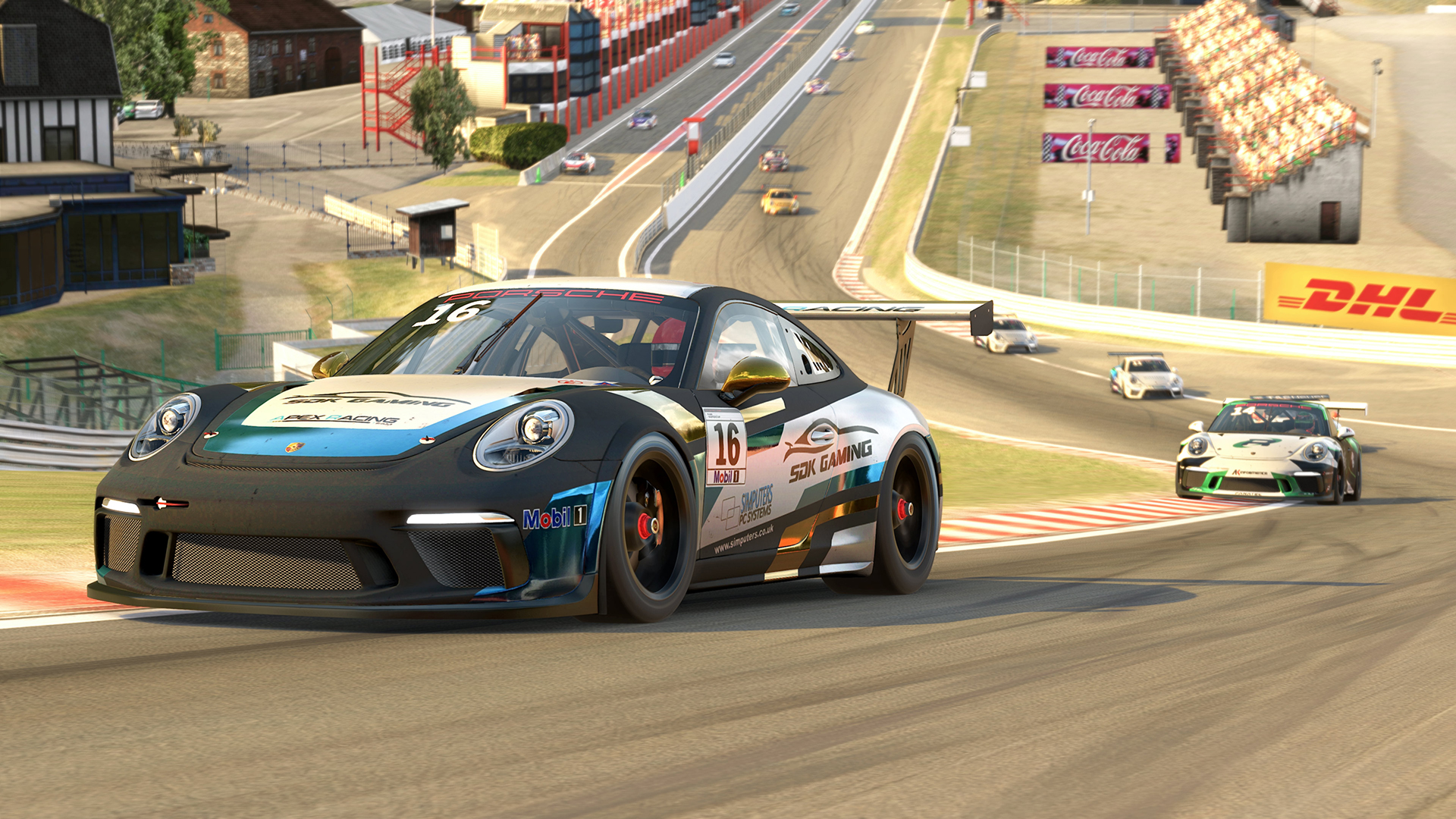 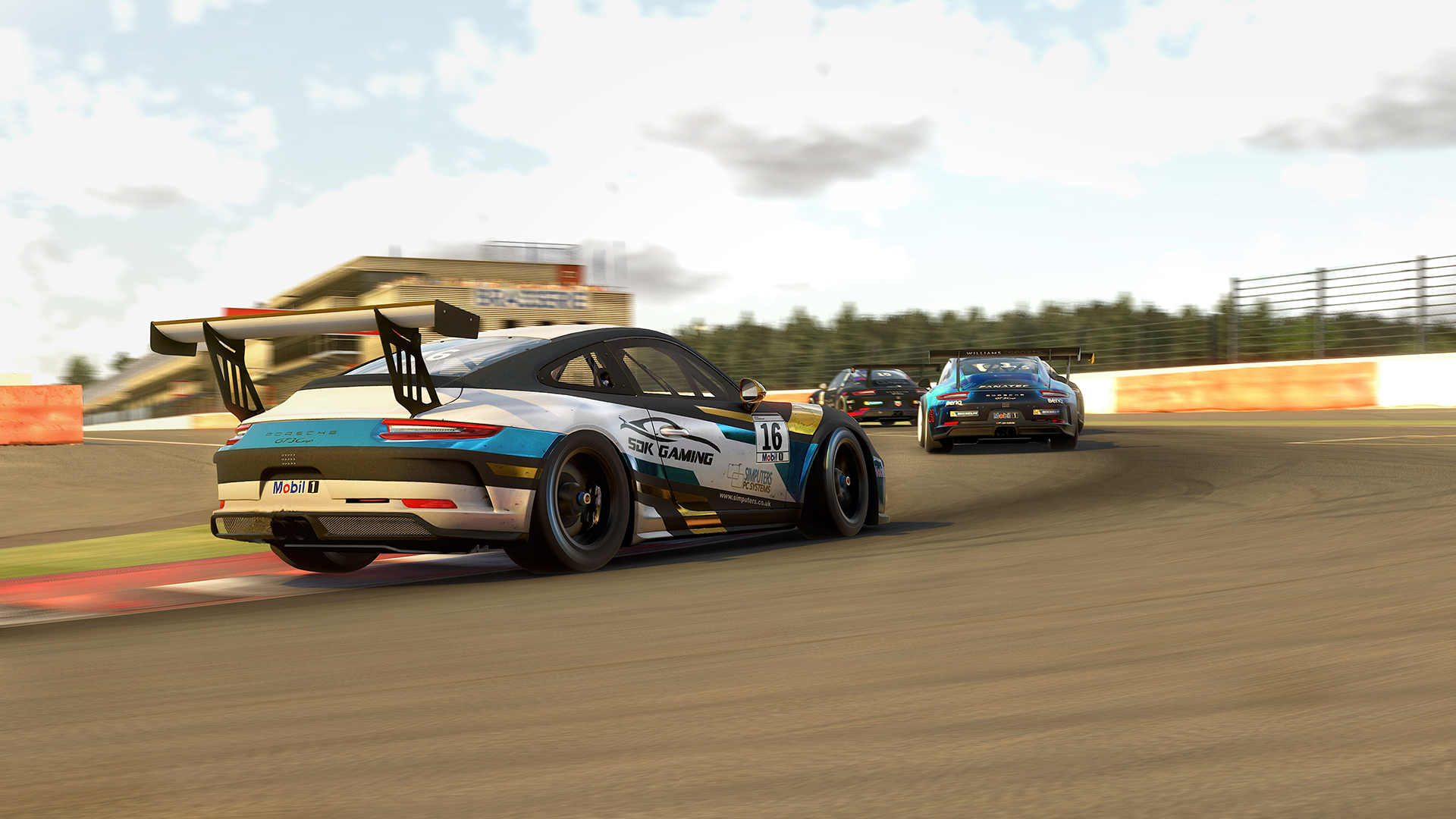 Campbell qualified the #16 Apex Racing Team Porsche third on the grid behind Brian Lockwood and Tuomas Tahtela. Although Peter Berryman trailed by only four tenths of a second from pole position, the ART ace would start from twenty-fourth place. Such is the depth of field in the Porsche Tag Heuer Esports Supercup qualifiers. Frustratingly for Berryman, a tiny step over track limits saw a potential top five grid spot go begging.

Thirty identical Porsche 911 GT3 Cup machines sat poised opposite the Spa endurance pits, ready for a ten-lap dash. At the drop of the flag, Campbell deployed the ART Porsche’s launch control effectively and settled into the podium battle early on.

On the exit of the recently re-named Jacky Ickx left hander, Ayhancan Guven careered into the tyre wall and triggered a multi-car pileup. Thus, allowing Peter Berryman to swiftly progress up the field.

By lap four, Campbell had the world’s fastest physiotherapist – Alexander Thiebe – for company. Unperturbed, Campbell resisted and held the speedy German at bay.

On the penultimate lap, while comfortably occupying fourth, Campbell finally came into some good fortune. A slowdown penalty dealt to Brian Lockwood dropped the American off the podium and promoted Campbell to third place at the finish. As a result, Campbell is now confirmed as the fourth Apex Racing Team driver for the 2021 Porsche Tag Heuer Esports Supercup. Following a season as Kevin Ellis Jr’s race engineer, Campbell embarks on next season with an enviable playbook amongst his fellow rookies.

Sadly, Peter Berryman’s wretched luck continued when an out of control Paschalis Gkerkis ploughed the Briton off the circuit and into the barrier. Berryman’s chances of qualification for the Porsche Tag Heuer Esports Supercup now hang by a thread. Nothing less than a podium will do at Interlagos on the twenty-first of November. 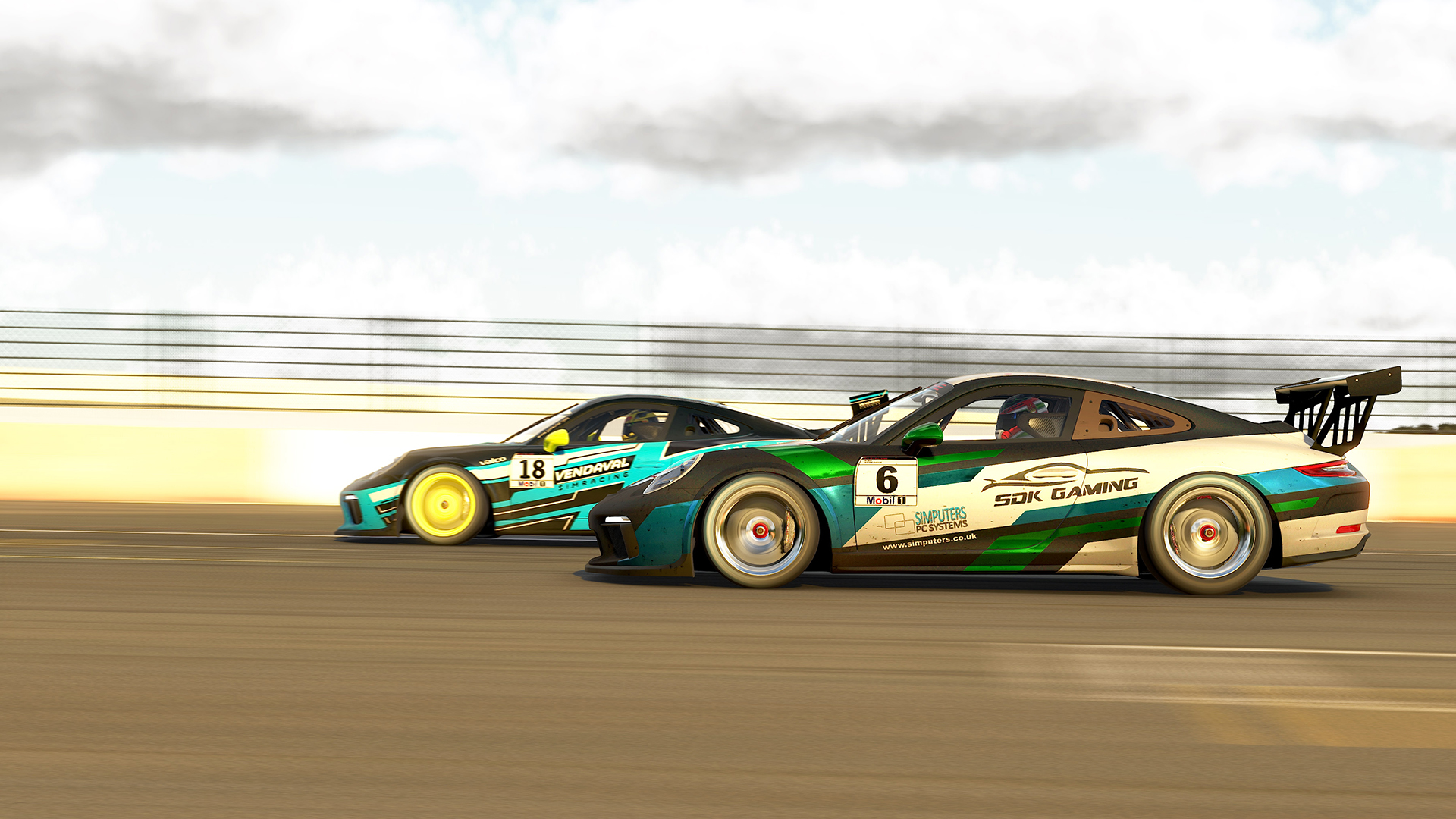 Zac Campbell: “I finally got to where I know our cars can run! Super happy to come home with my second podium of the season and really show how good our cars are. Really, I just went in with the mentality that I needed good points and glad that I could finally show what I could do! I’m incredibly happy that we’re locked into the Porsche Tag Heuer Esports Supercup for next year and super proud of everyone at Apex Racing Team that we could put this performance together and really get after it!”

Peter Berryman: “Mixed feelings after today.  On one side I’m disgusted with myself for the off-track penalty on my second qualifying lap, which would have put me second or third on the Grid. On the other side, once again I’m a victim of the idiotic race craft in this series taking me out from thirteenth after fighting through the field from twenty-fourth. Those points were desperately needed for me, so now I’m in last chance mode for Interlagos. I absolutely have to get the job done there. Top 5 is roughly what I need so I’ll be giving it my all to try and clutch up and secure the points needed.”