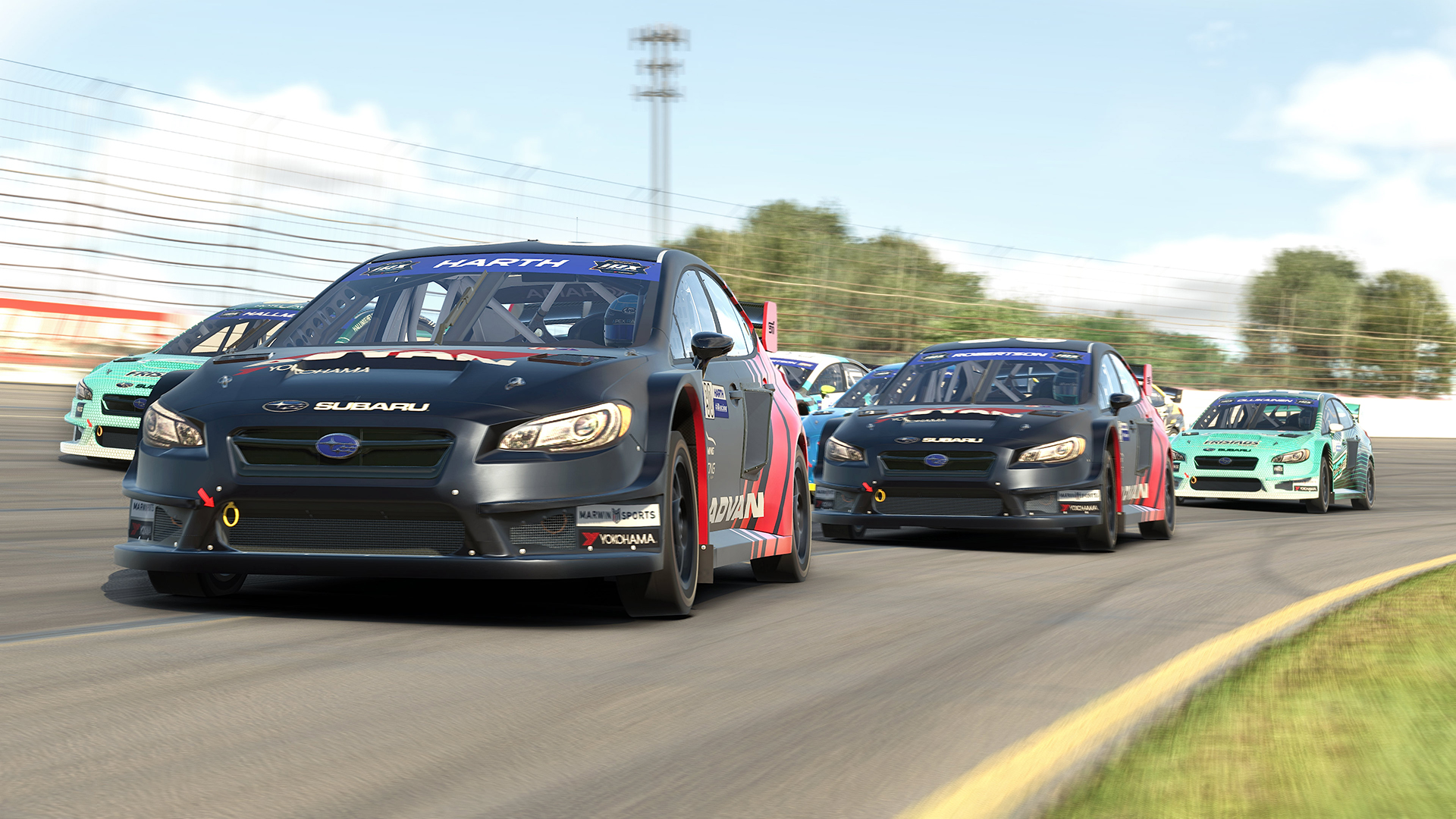 Team Yokohama stars – Yohann Harth and Jon Robertson – arrived at Lucas Oil Raceway for round seven of the iRacing Rallycross World Championship in fine form. A win at Sonoma last time out confirmed Harth as the only double victor so far this season. Responding to a difficult day at Hell Lankebanen, Jon Robertson solidified his championship lead at Sonoma with a vital second place finish.

A short drive from the world-famous Indianapolis Motor Speedway, Lucas Oil Raceway happily sits in the shadow of the world’s largest sporting venue. Named after the eponymous lubricant firm founded by trucker Forrest and wife Charlotte Lucas, the multi-purpose facility welcomes all forms of motor sport. In particular, Lucas Oil Raceway is a popular venue for the spectacular NHRA drag racing series.

Jon Robertson started alongside younger brother Jake for the final heat race. While elder brother Jon cruised to an easy victory in his Advan Subaru, Jake Robertson resisted pressure from Killian Dall’Olmo throughout the five-lap sprint. Thus, securing a vital invite to the feature race. 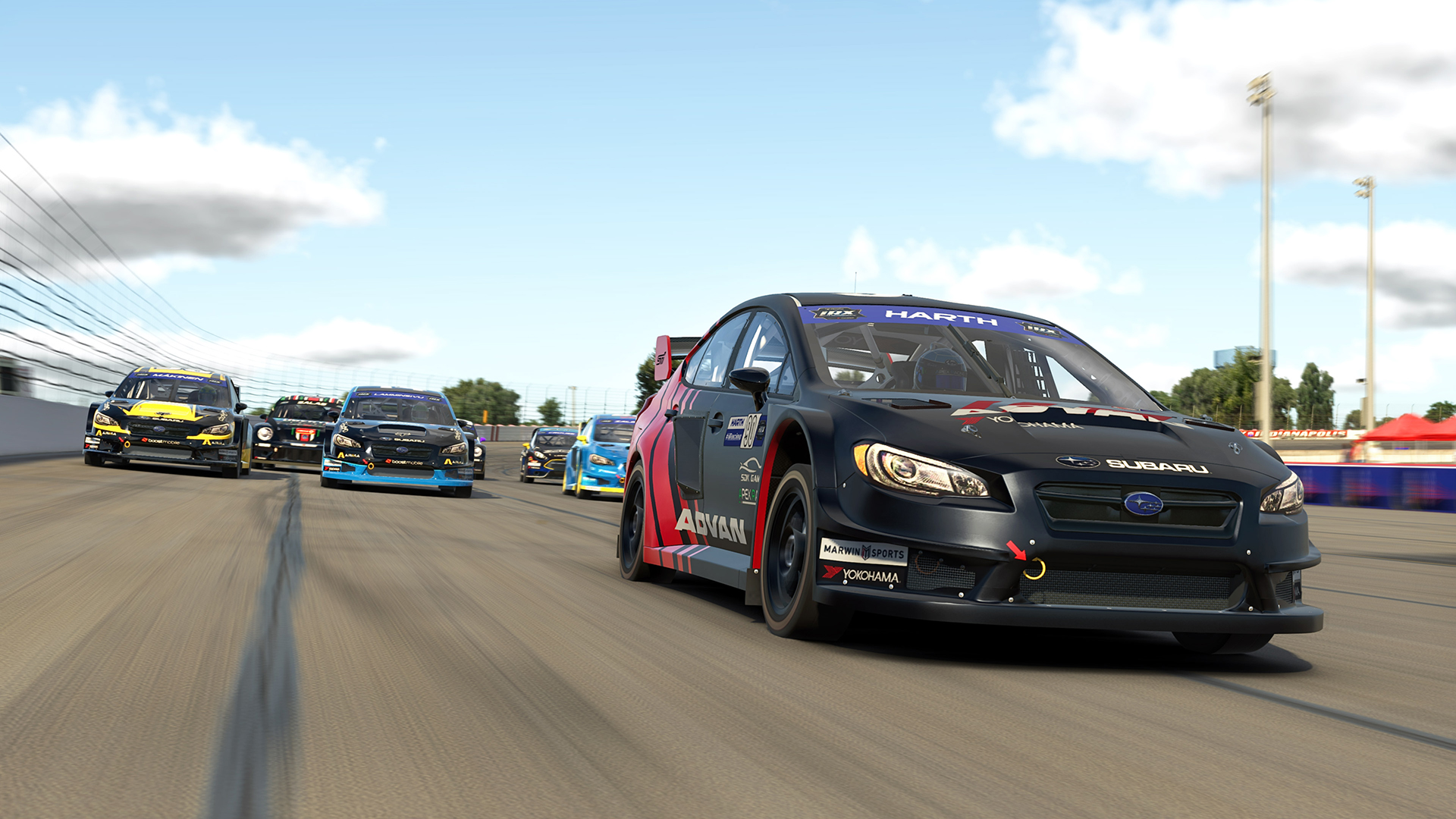 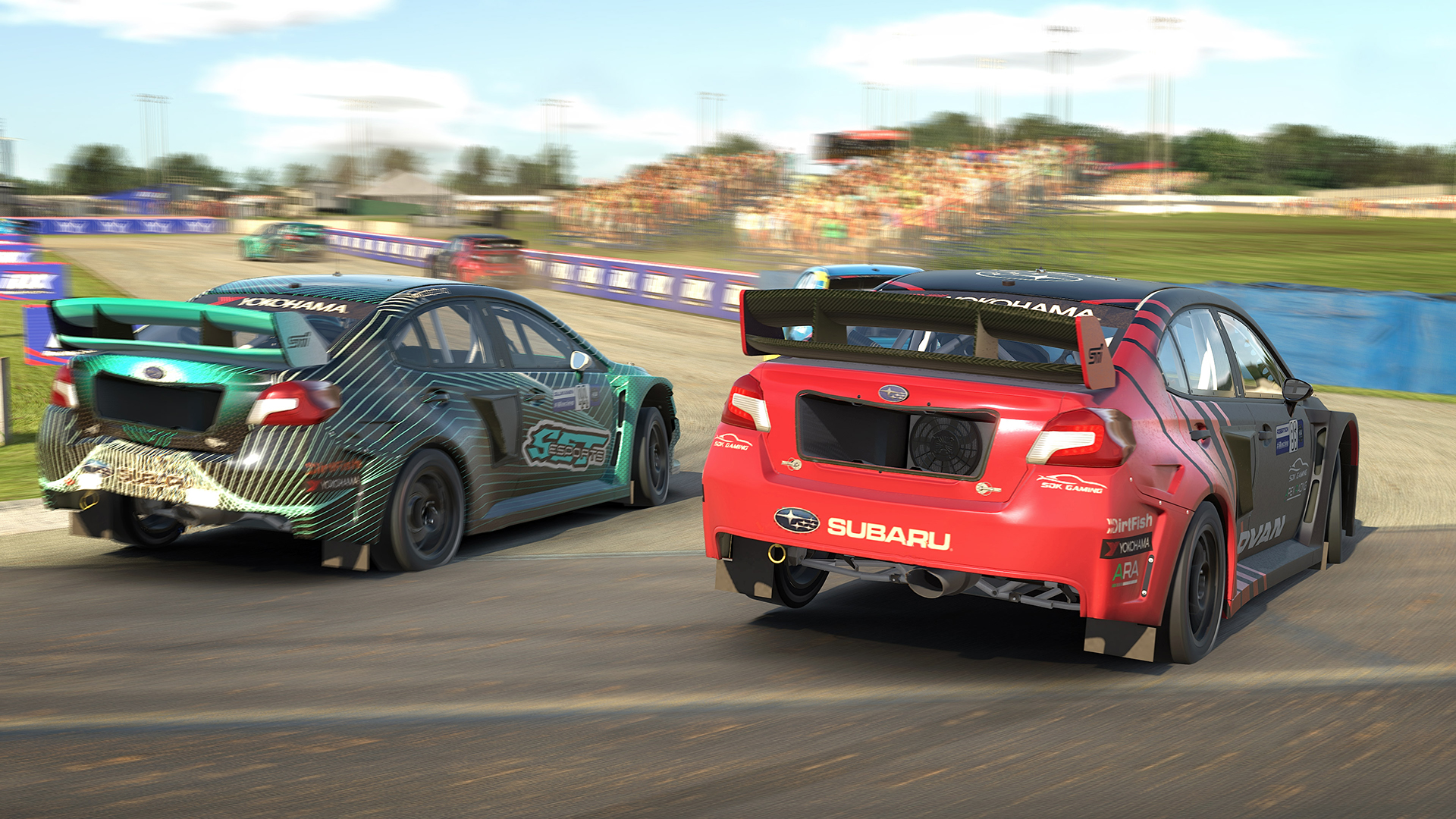 Following immaculate performances in their respective heats, Yohann Harth and Jon Robertson rolled up alongside their closest championship rival, Mitchell de Jong. Throughout the season, the Subaru Motorsports USA star has been a constant threat to the red and black Advan Subaru’s. IRX’s youngest driver, Jake Robertson, prepared to continue his impressive rookie season from sixth on the grid.

Meanwhile, Jon Robertson tussled in the mid pack, desperately trying to bank as many points as possible. At the halfway point, the Aylesbury ace found himself in a brawl for fifth with Bobby Zalenski’s Subaru.

Although the American initially edged ahead, Robertson reclaimed fifth and clinched a pleasing haul of points towards his IRX World Championship campaign. Robertson heads to the penultimate round wearing the championship leader’s red windshield strip.

Following a vicious battle with Dall’Olmo and Fox, Jake Robertson finished ninth. By virtue of this feature race finish, Robertson pulls himself out of the relegation zone with two rounds remaining. 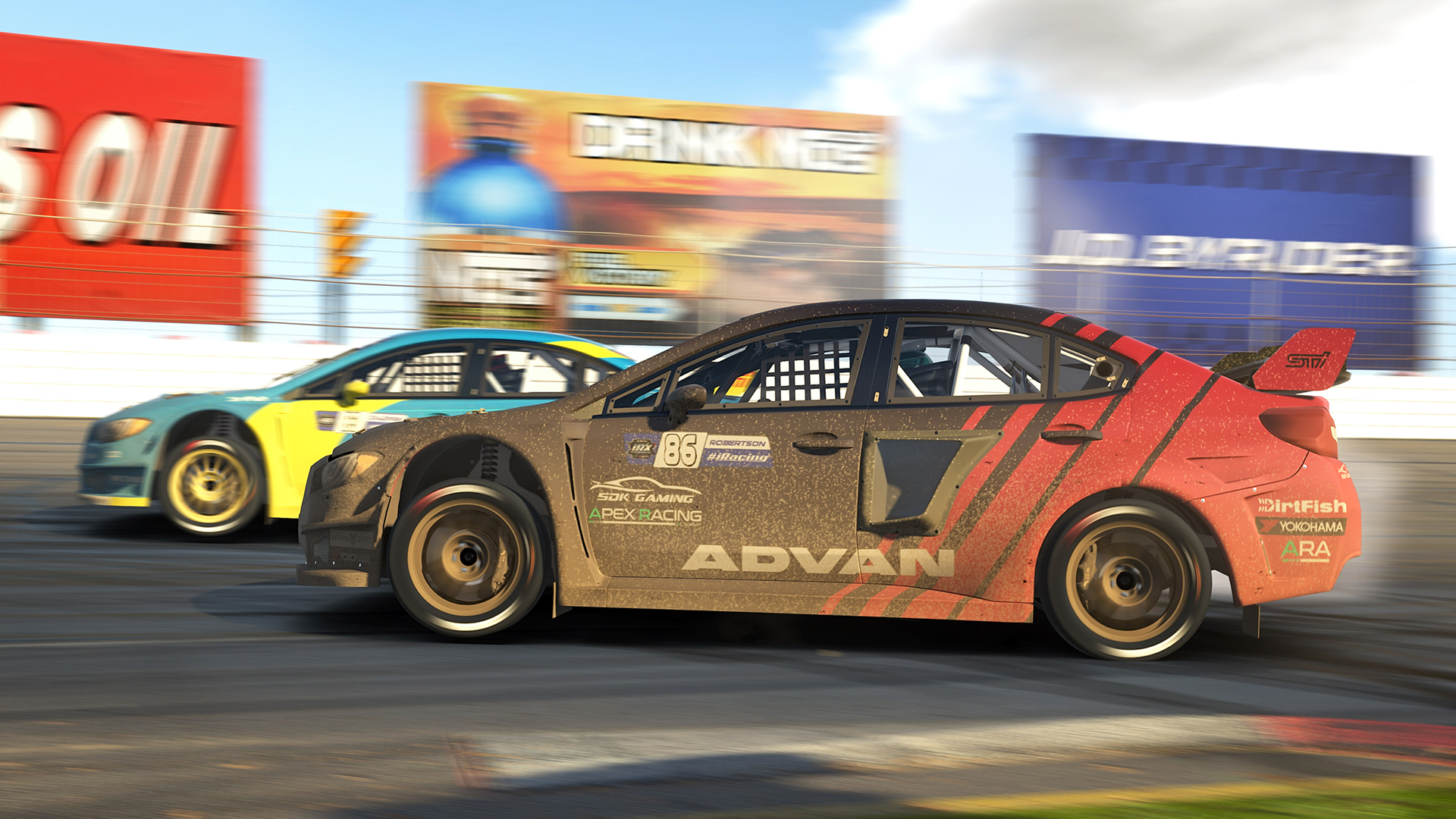 In the aftermath of a fierce day’s racing, Yohann Harth remains positive heading for Phoenix in a week’s time: “Today was what I’d call damage limitation. Coming into this round, we knew we had pretty strong pace, but Lucas Oil is well known for turn one and it didn’t fail to deliver with a few interesting incidents. Qualifying was a bit of a disappointment. Only two thousandths off pole position with a lot of time in the lap, I should have got that pole. In heat two, I had a perfect getaway and coming to turn one I had some breathing room with the rest of the field so I knew it was going to be an easy one. Already a good weekend for me already considering I failed to qualify for the feature the last 2 times we came here.

In the feature, I had a pretty bad start but it allowed me to go for the over-under on Mitchell DeJong on the oval. It almost worked. We made contact but kept it together and I exited turn one in 3rd place. 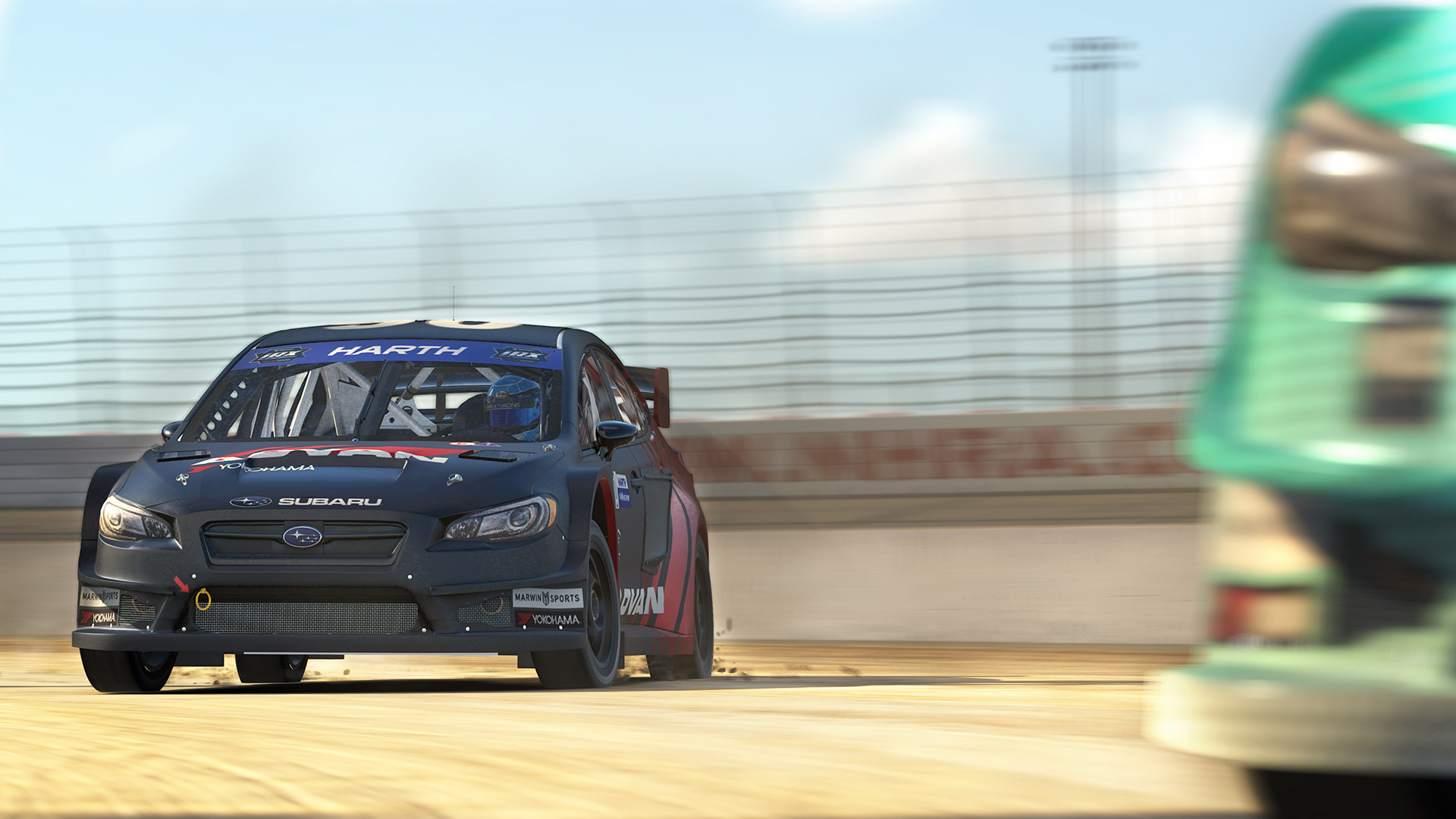 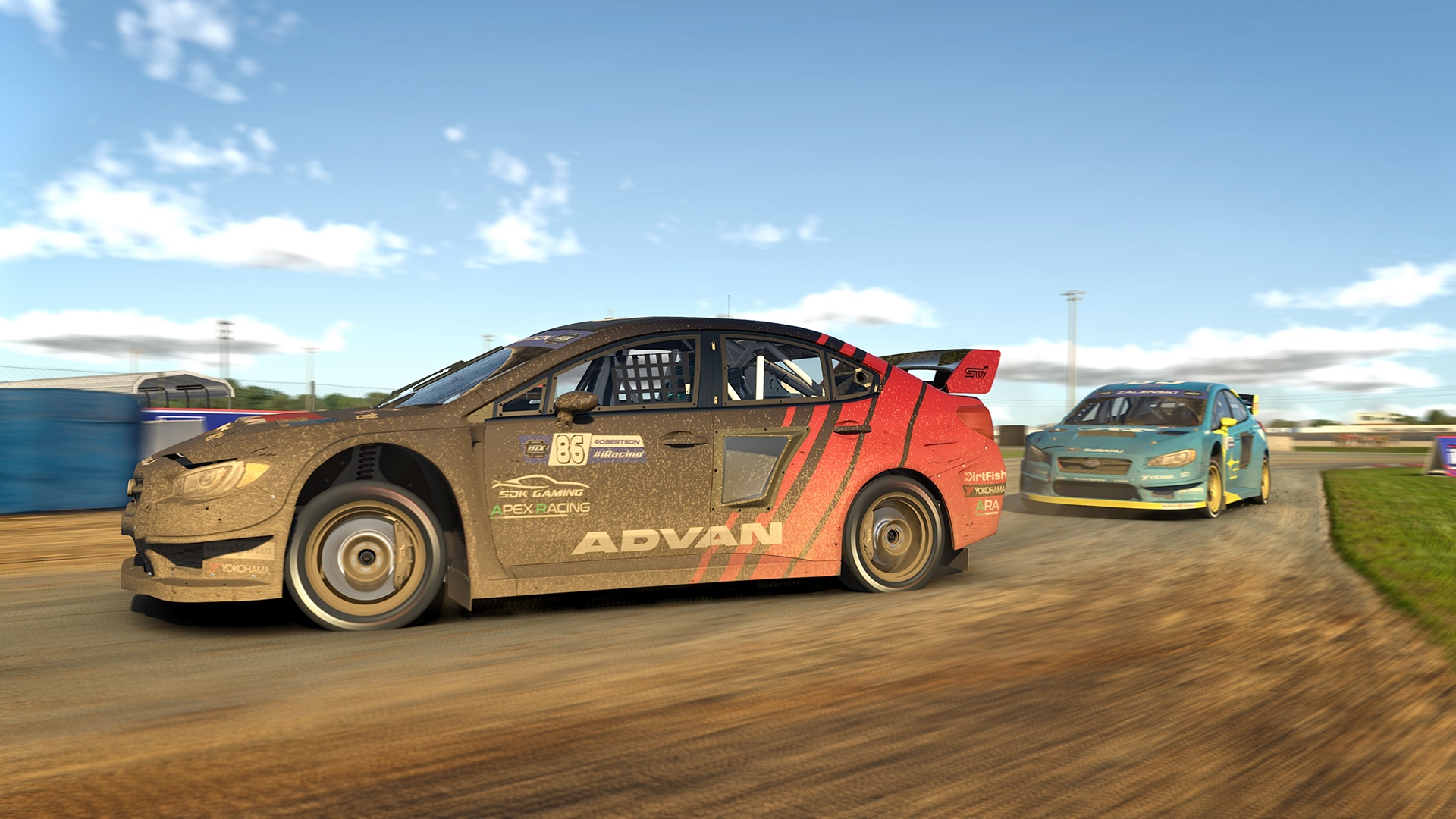 That was before contact between De Jong and Manes before turn two which forced me over one of the turtle kerbs and a slowdown penalty. I was still third after clearing that slowdown and I still don’t know how but the car didn’t feel right after that. I could feel straightaway that I was down on power, something didn’t sound right down the main straight, so I just nursed the car home as I had a pretty comfortable gap to fourth.

23 points, I’ll take that any day at this track. Onto the last two rounds now at Phoenix and Sonoma. Seven points off the championship lead, two of our best tracks, let’s do it!”

Jon Robertson left Lucas Oil Raceway content but aware of the task between him and an IRX World Championship crown: “Although my points gap shrunk, I can’t be disappointed with the results, considering the random nature of Lucas Oil Raceway. There were a few points where I was almost taken out of the race completely, so I’m thankful I took the points I did. I now need to focus on trying to hold my lead through the last two rounds.”

On the twenty-first of November, the iRX World Championship reaches the penultimate round in Phoenix, Arizona. Tune in to the Apex Racing TV You Tube channel to follow all the live action with the Apex Racing Team Feature Broadcast: https://www.youtube.com/watch?v=7sLVq8kbvFc 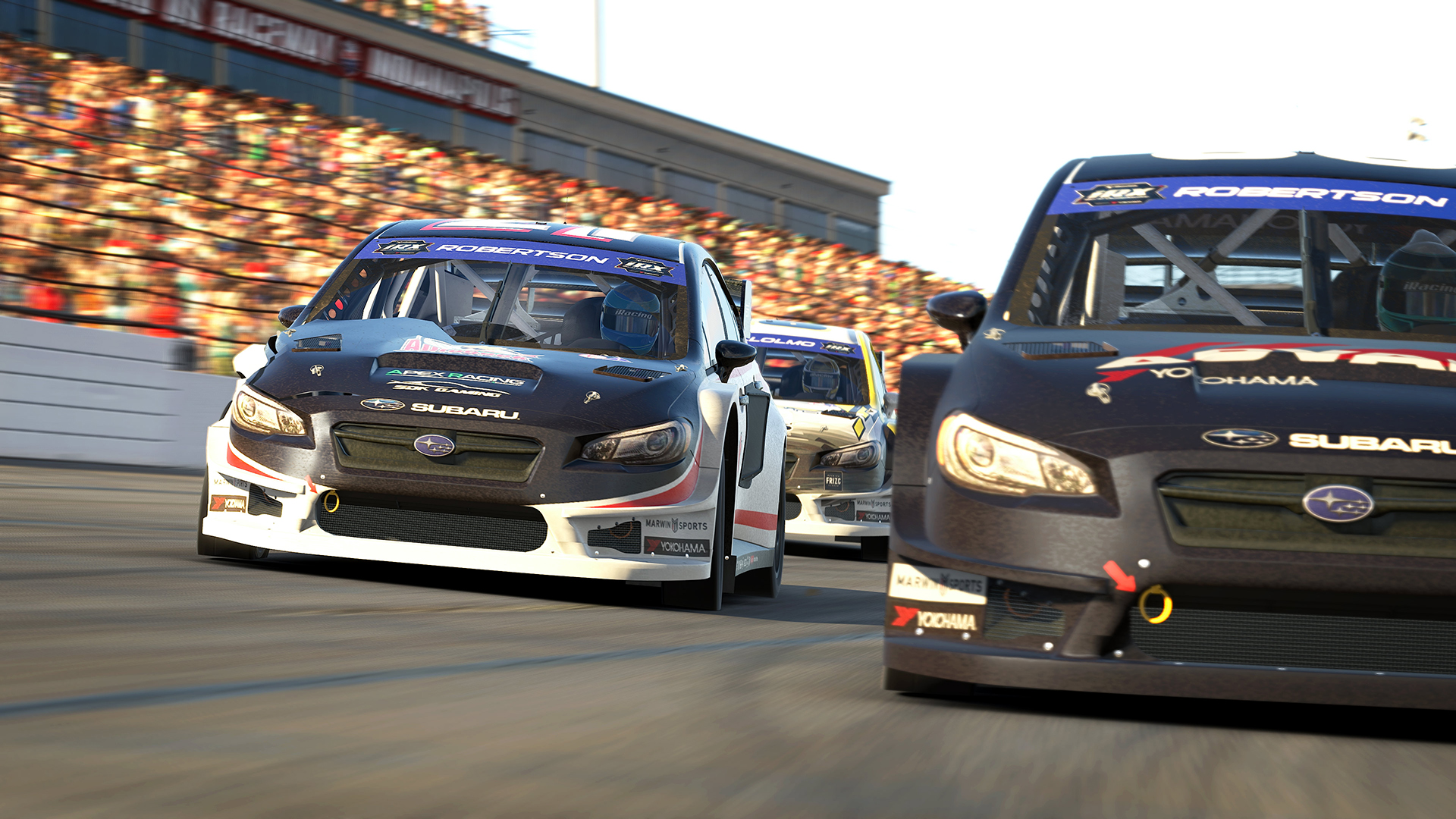