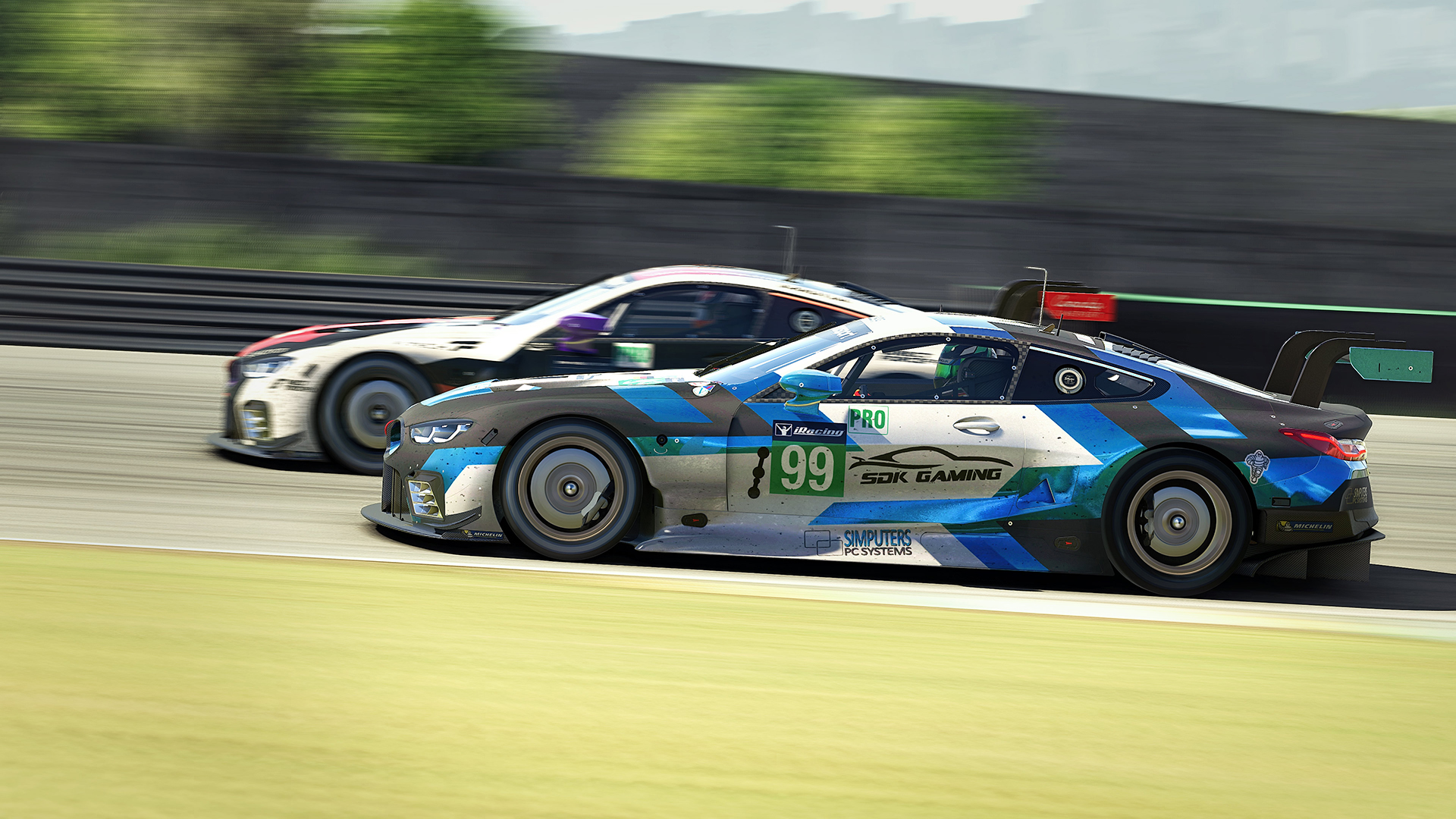 By Peter MacKayNovember 10, 2020No Comments

Interlagos is synonymous with thrilling season finales. Who could forget hometown hero Felipe Massa in 2008? Standing tall on the podium with tears trickling down his face, the São Paulo native proudly beat his chest, saluting his adoring fans in defiance of the heist on his world title. Massa had been champion for mere seconds prior to Lewis Hamilton swooping in on the final lap and breaking Brazilian hearts.

BMW’s Sim 120 Cup series reached its conclusion on Saturday at the scene of Massa’s heartbreak, Autódromo José Carlos Pace (Interlagos). Since inception in 1940, Interlagos has been preserved in its original form wherever possible, retaining a character which sets the facility apart from mundane modern venues.

Backed officially by the motorsport division of the Bavarian manufacturer, the world’s best sim racers compete for prestige and a lucrative prize pot in the BMW Sim 120 cup. Apex Racing Team (ART) duo, Antoine Higelin and Jamie Fluke, lined up for the sixth and final round of the season aiming to sign off with a strong result and perhaps a portion of the purse! 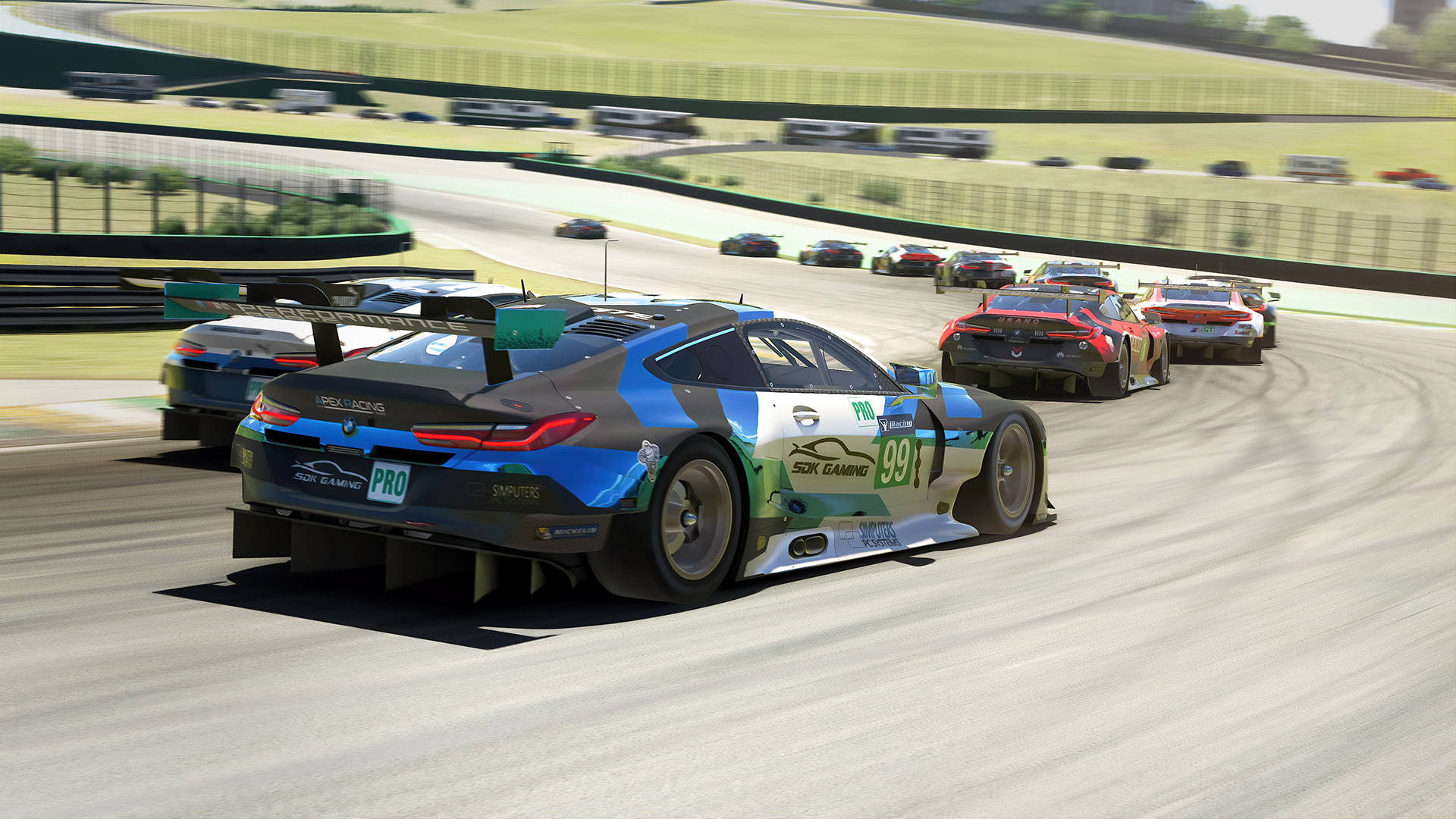 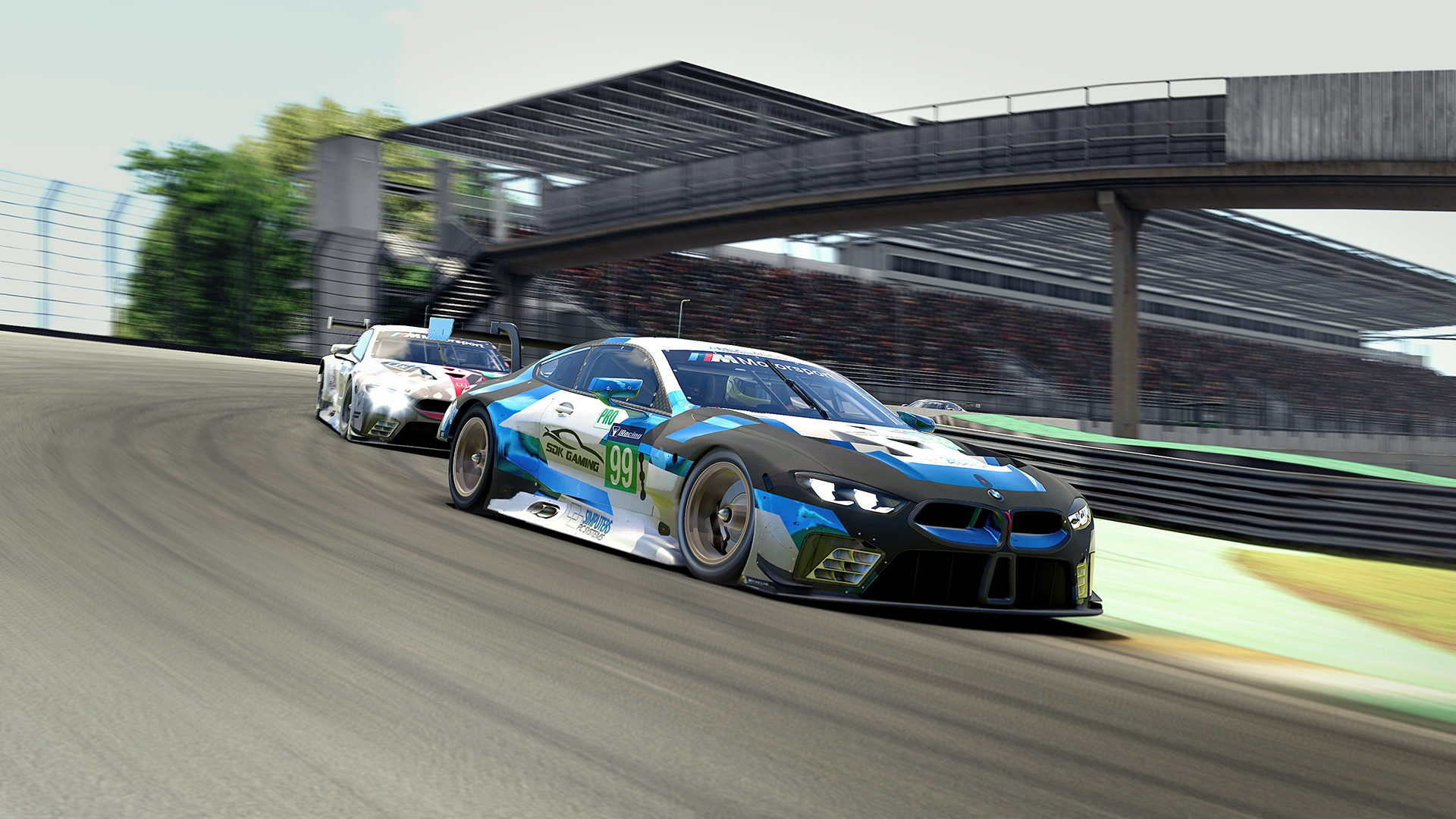 Flying Frenchman, Antoine Higelin, qualified the ART BMW M8 in tenth overall and only four tenths of a second from polesitter, Sebastian Job. In a field of fifty identical BMW M8s, on a devilishly tight circuit, track position would be vital.

Following his lightening pace in qualifying, ART opted to deploy Higelin at the wheel of the #99 BMW M8 for the opening stint. Fluke would hop in for the second shift aboard the twin turbocharged, Munich built monster.

In the early stages, Higelin sparred with both Team Redline cars and progressed to seventh. After a few laps carefully studying the #9 Williams BMW of Arthur Lohouck, Higelin pounced for sixth place at turn one. Next target on the Higelin hit list, the BS Competition BMW of Rainer Talvar.

With three-quarters of an hour complete, Higelin snuck past Talvar under the cover of heavy traffic at turn one. A cunning, yet pristine move to pinch fifth place as pit stops loomed.

Higelin’s hero stint hauled the #99 ART BMW to fifth place from tenth on the grid. Furthermore, the young French star had done so with elegant efficiency and stretched the BMW’s fuel tank well beyond the halfway mark in the race. Therefore, Jamie Fluke wouldn’t need to suffer range anxiety in the closing stages. In short, it would be flat out to the flag for Fluke.

Fluke emerged from the pits in fifth place with the #777 Kova BMW twelve seconds up the road. However, Fluke’s immediate attention was demanded by Kay Kaschube, in the BS Competition BMW. Kaschube, a powerboat racing enthusiast and hot shot at the wheel of a BMW M8, filled Fluke’s mirrors but couldn’t set up a move. Throughout Fluke’s stint at the wheel of the ART BMW M8, stubborn defence was necessary to keep Kaschube behind. 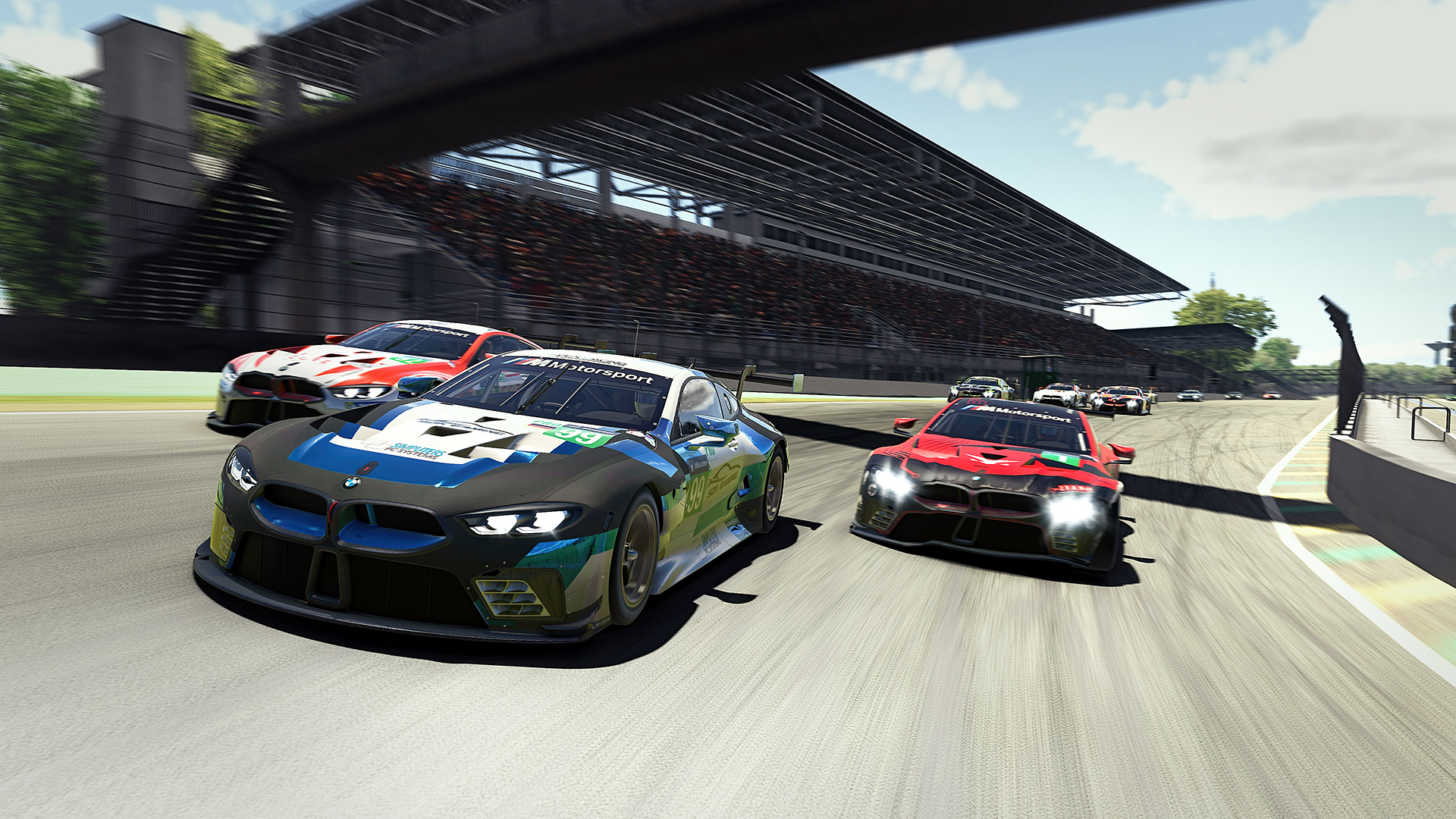 Akin to Lewis Hamilton in the aforementioned F1 finale in 2008, Jamie Fluke happily accepted a bonus position, as the VRS Coanda BMW faded to fifth on the final lap.

Amongst the world’s best sim racers, current Formula One driver Romain Grosjean and Indianapolis 500 winner Tony Kanaan, the Apex Racing Team claimed fourth place. A superb achievement on a day when Higelin and Fluke’s ART colleagues dominated on the dirt in the IRX World Championship.

“A really strong day at the office to cap off a hectic weekend. Antoine did a great job qualifying inside the top ten and then working his way into fifth by the time the pit stops came around with some great overtaking, aided by a car that was quick in a straight line. The pit strategy call was tricky, electing to take four tyres as Antoine reported poor rear tyre performance, and that gave me the task of setting off in chase of the Coanda and R8G cars that elected not to take tyres. I pushed as hard as I could for the rest of the race, finally catching the Coanda car on the last lap and finishing the overtake on traction out of the last corner.” 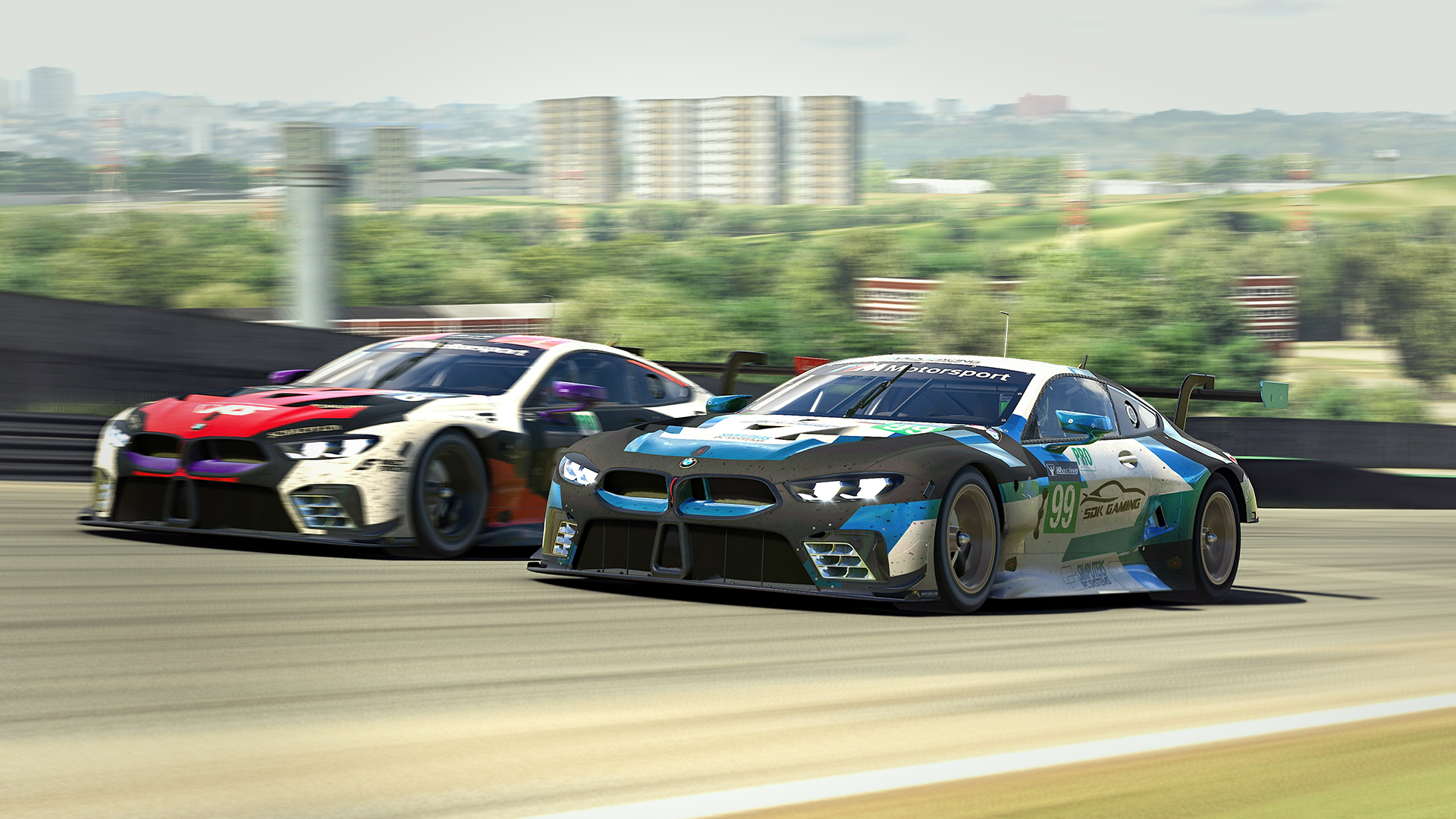