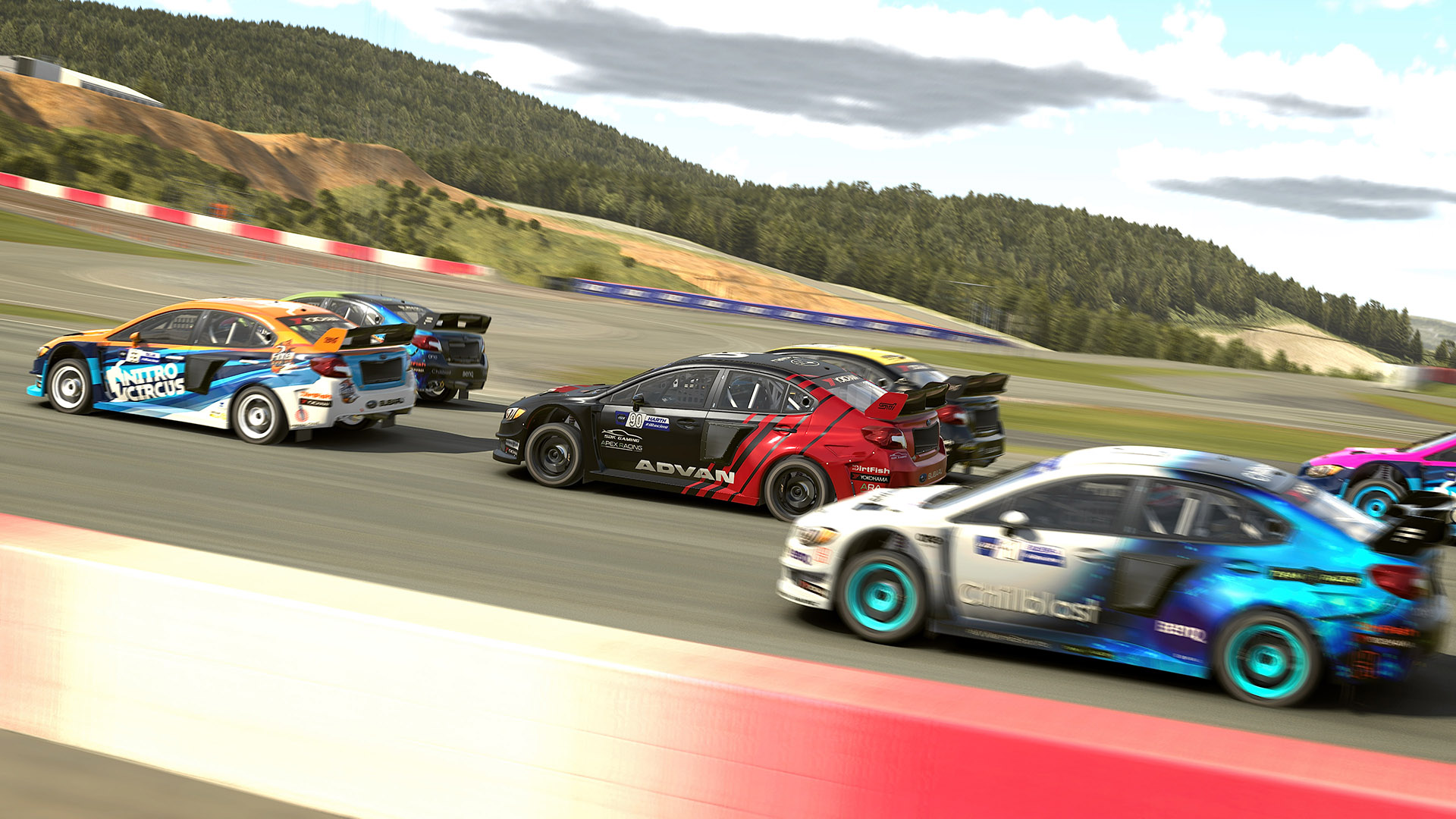 By Peter MacKayNovember 4, 2020No Comments

Apex Racing Team duo – Jon Robertson and Yohann Harth – have been the standout crew in the iRX World Championship presented by Yokohama. Robertson and Harth arrive at Hell Lankebanen off the back of two straight victories in the Advan Subaru’s.

As the leader in the race for $10,000, Robertson lines up for the fifth round with the prestigious red windshield strip emblazed across his boxer engine beast. Confirming a Team Yokohama one-two in the standings, Yohann Harth sits just thirteen points behind Robertson.

First up for Team Yokohama, was Jon Robertson. Unperturbed by the rough and tumble of an iRX heat race, Robertson held firm behind Mitchell de Jong in the Subaru USA machine in the opening stages. The streetwise Team Yokohama ace shadowed de Jong until lap four. At which point, Robertson dived for the joker lane. Unlike many North American rallycross tracks, the joker trip at Hell is a lengthy detour, rather than a shortcut. Choosing the correct moment to take the compulsory trip through the joker lane, is critical. Robertson’s joker strategy paid off with a second-place finish and a spot in the feature race. Job done for the Aylesbury ace. 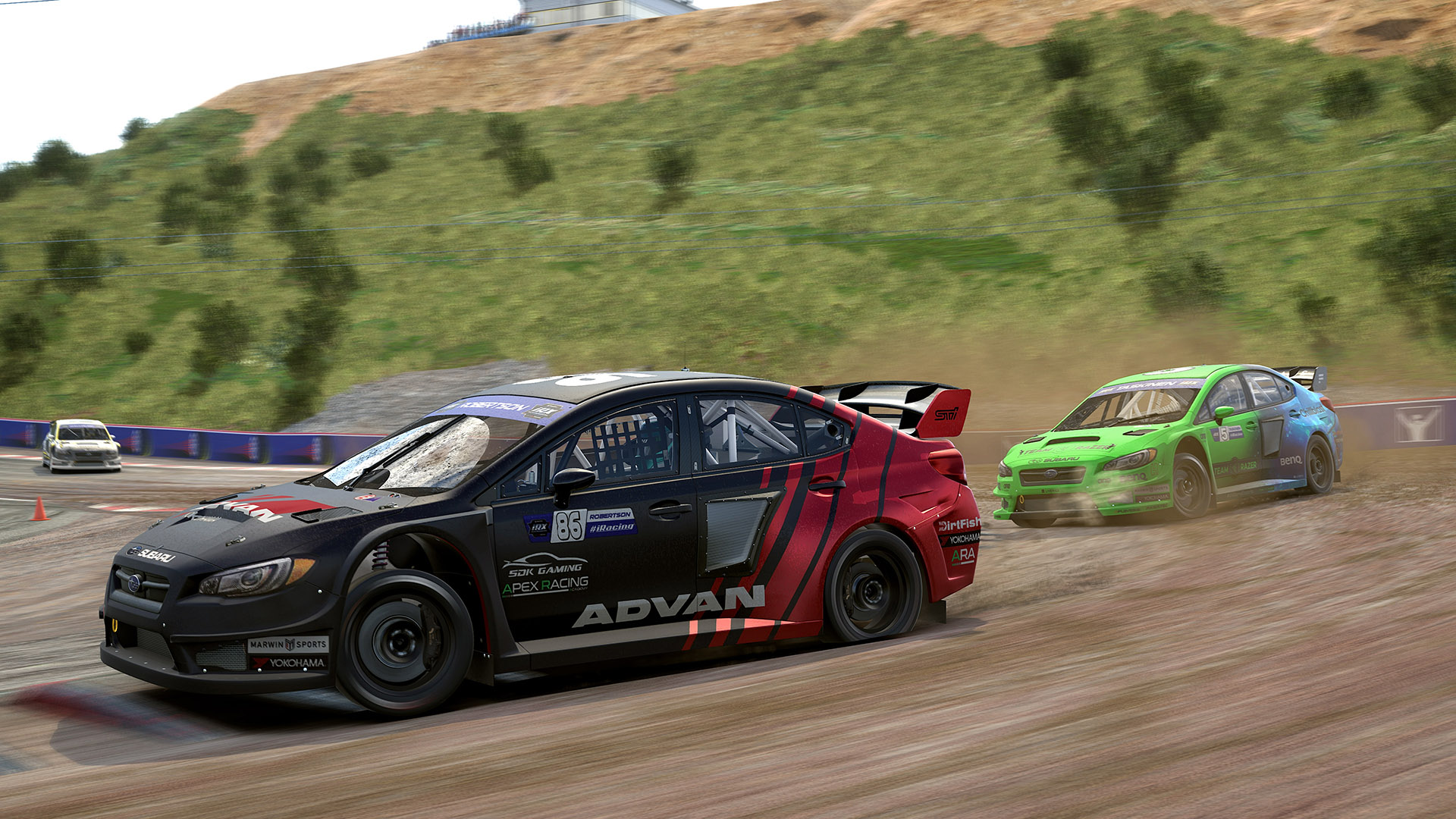 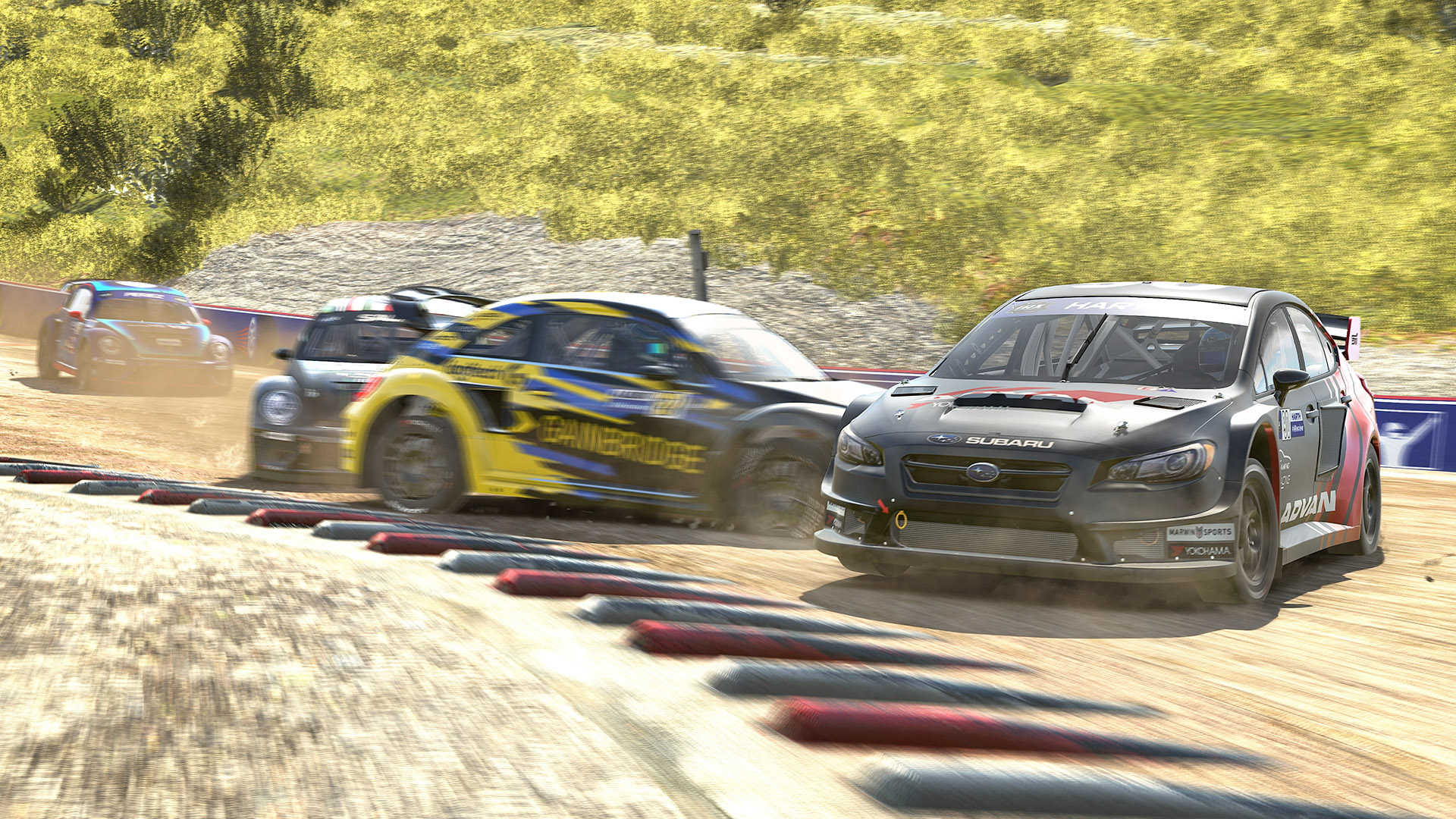 Yohann Harth started the third heat race on pole position alongside Andretti Autosport’s antipodean ace, Beau Albert. Sadly, Harth’s assault on the heat race eroded on the opening lap. Tearing down towards the downhill hairpin, Vicente Salas attempted an unrealistic lunge on teammate, Beau Albert. Salas’ clumsiness sparked a chain reaction which ultimately put both Andretti Autosport cars in the wall and took Harth’s Subaru along for the ride as well. For ART’s fast Frenchman, this was a deeply frustrating start to the event and plunged Harth into the unfamiliar territory of the last chance qualifier.

With only one spot available in the feature from the last chance qualifier, Yohann Harth faced a mammoth task to charge from the back and qualify for the critical feature race.

Harth launched his Advan Subaru off the line perfectly. “That’s one of the best starts I’ve ever seen” hailed iRacing commentator, Jonathan Simon.

By the second corner, Harth nearly sealed a move for the lead. However, Otto Taskinen had other ideas. Contact from the Williams eSports driver sent Harth off track and out of contention once again. Hell Lankebanen hadn’t been kind to Team Yokohama’s flying Frenchman.

Despite Harth’s misfortune, Team Yokohama’s victorious run could continue. Championship leader, Robertson, started the feature race from sixth. On a day filled with controversy and carnage, Robertson had every chance to take his second win of the season. 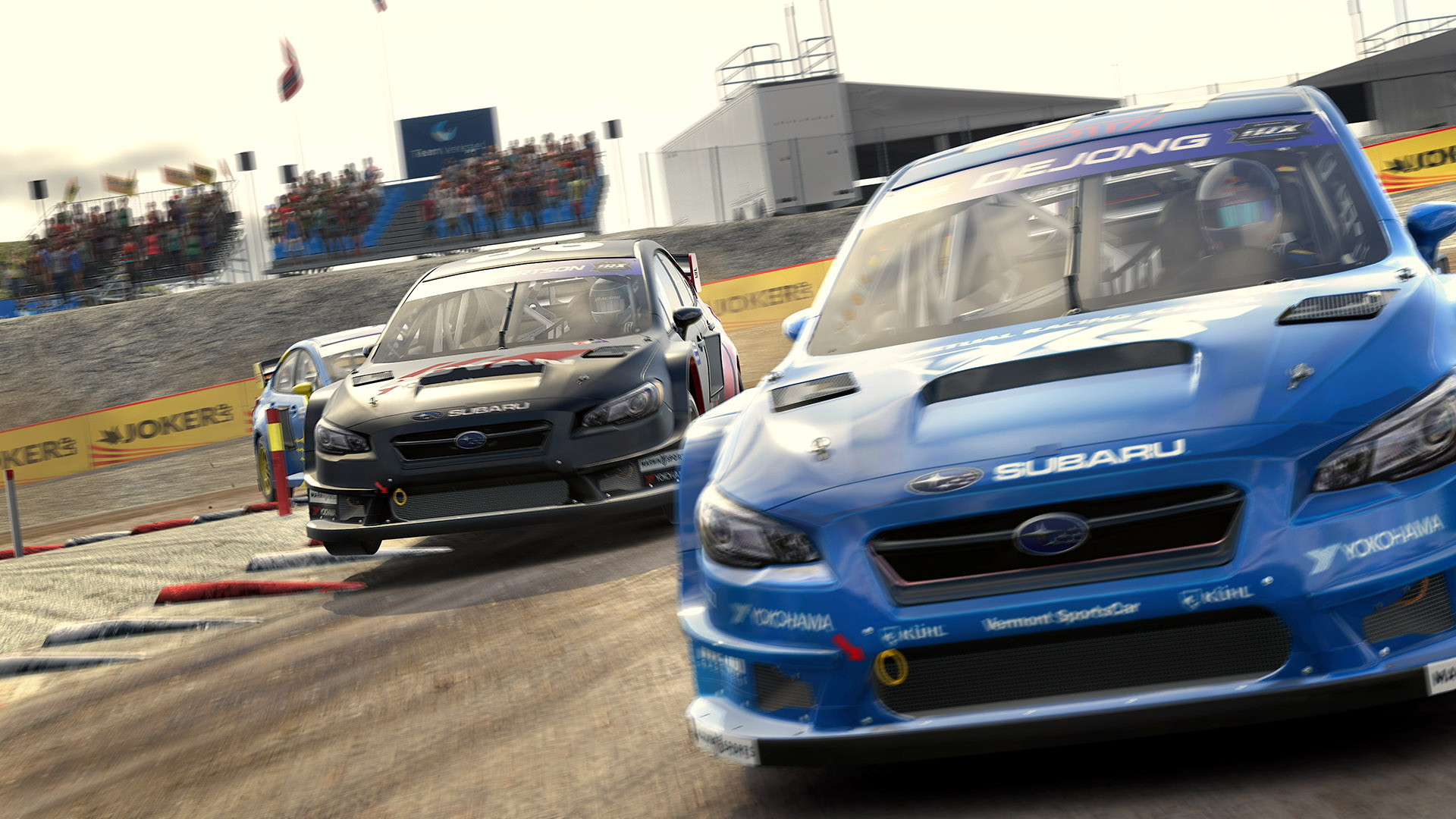 At the first opportunity, Robertson sped to a busy joker lane. Accompanying Robertson in the joker lane, was the Briton’s heat race rival, Mitchell de Jong. Once the dust settled on a chaotic opening lap around him, Robertson occupied sixth place but was second of those to take the early joker. On a difficult day for Team Yokohama, Rasmus Touminen now assumed the role of pantomime villain. With his joker lap still unserved, Touminen rammed Robertson at the final hairpin, curtailing the Briton’s progress. In the end, a seventh-place finish was all that remained for Robertson from a frustrating final contest.

Despite a tricky day in Hell Lankebanen, Robertson retained his championship lead. Yohann Harth dropped to third in the standings, after a bruising day for the Frenchman.

With the dust settling on a tumultuous day, the Team Yokohama stars provided their thoughts:

Jon Robertson: “Definitely not the result I was hoping for at Hell. I made two pretty big mistakes on my qualifying lap which potentially cost me second place. I started second in my heat and another mistake cost me an easy win there. In the feature, I started sixth and despite a good start to the race, I had no luck and got shuffled down from third to seventh. I’m looking forward to the remaining rounds at tracks where we are more confident.” 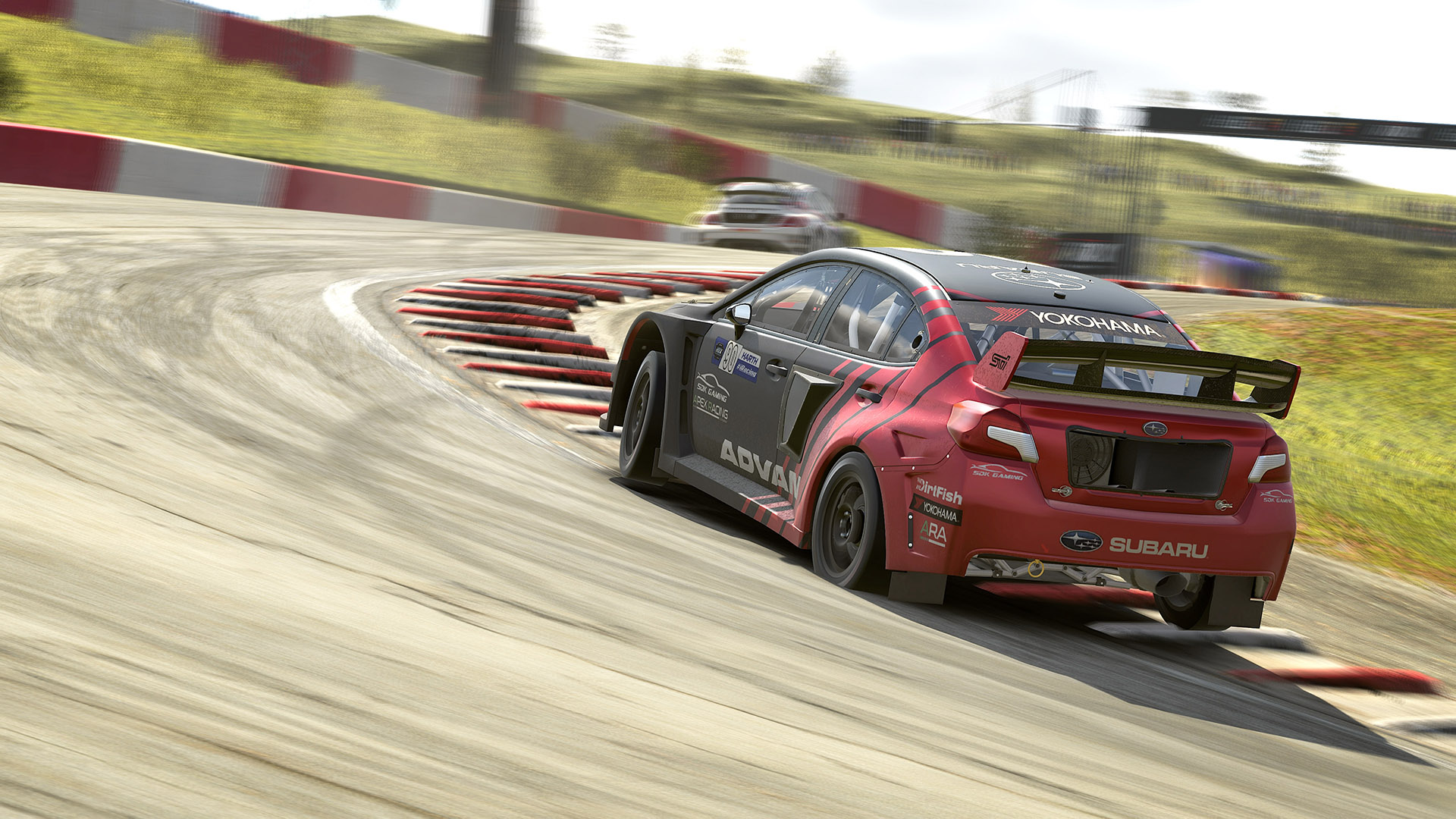 Yohann Harth: “What can I say… Things were out of control today at Hell. I didn’t put together a solid qualifying lap, but it was still good enough for third. In my heat, I got a decent start and was leading with a pretty comfortable gap coming down to turn four. But, I got rammed by the Andretti Autosport cars on corner entry, who were both completely out of control. I started last of the B-Main but I had an amazing launch, probably my best in 3 years of RX. I went from eight to second in just one corner. However, things went wrong again. I bumped Taskinen wide into turn two and got the lead but I immediately got sent out of the track on exit. Now that I’ve had some time to calm down and think about it, I think I would have done things different with Taskinen. I probably should’ve waited for turn four, that was my ticket for the feature race. With four rounds left, I’m still third in the standings and Team Yokohama still lead the teams Championship, but I didn’t need that.” 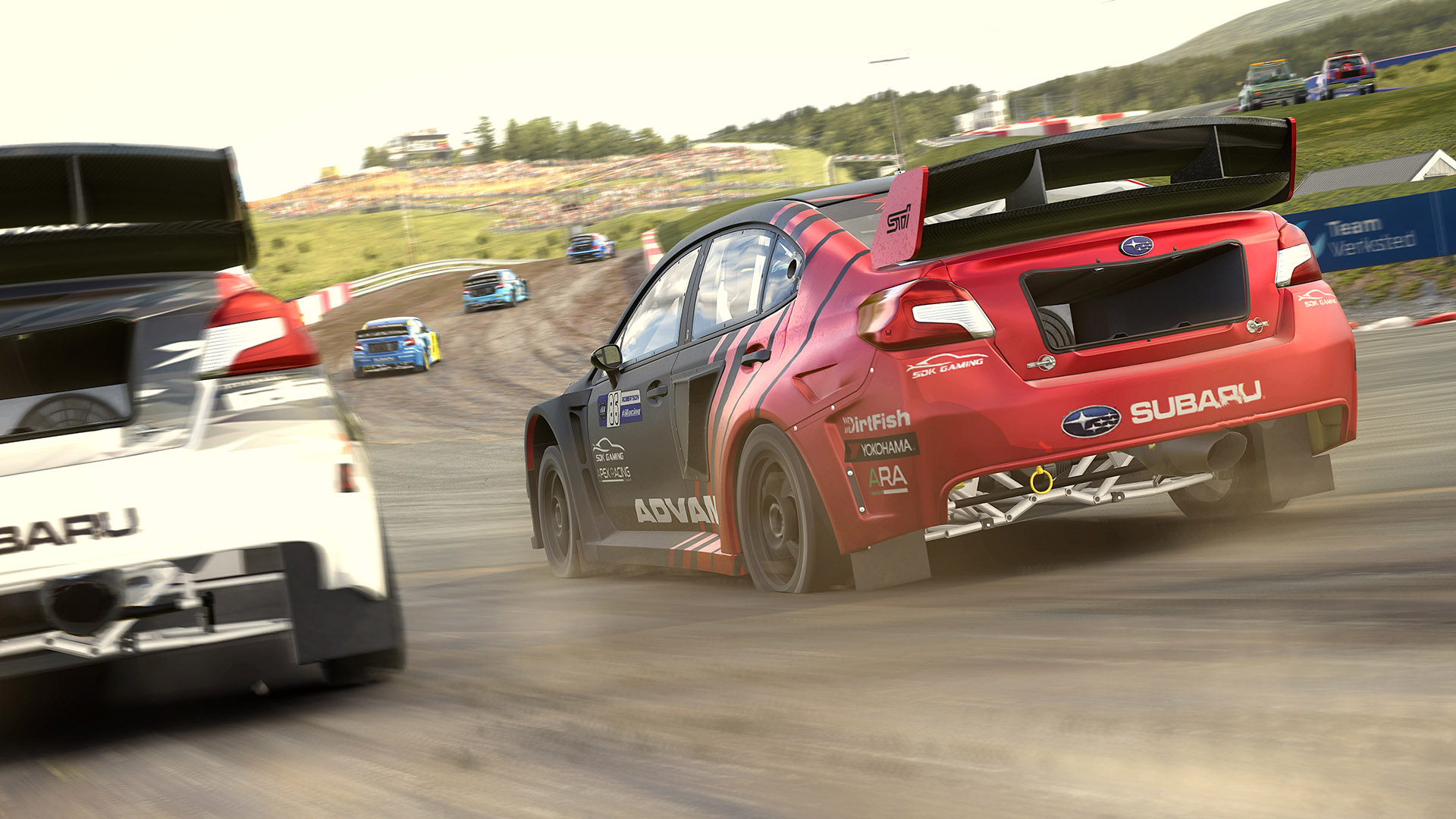 On the seventh of November, the iRX World Championship heads to wine country and Sonoma Raceway. How will Team Yokohama aces Jon Robertson and Yohann Harth fare in their Advan Subarus? Tune in to the Apex Racing TV You Tube channel to follow all the live action with the Apex Racing Team Feature Broadcast: https://www.youtube.com/watch?v=A2GgyhsyPE8.