By Peter MacKayOctober 11, 2020No Comments

Porsche’s premier one make championship has bred ten different Le Mans 24 hour winners since its inception in 1993. All season long, the Porsche Mobil 1 Super Cup travels the world with the Formula One circus. In the sim racing world, the Tag Heuer Porsche Esports Supercup carries equal prestige amongst the world’s finest drivers on the iRacing.com simulator.

Each member of the Apex Racing Team had their own objectives to accomplish during this final round of a hectic ten round championship. 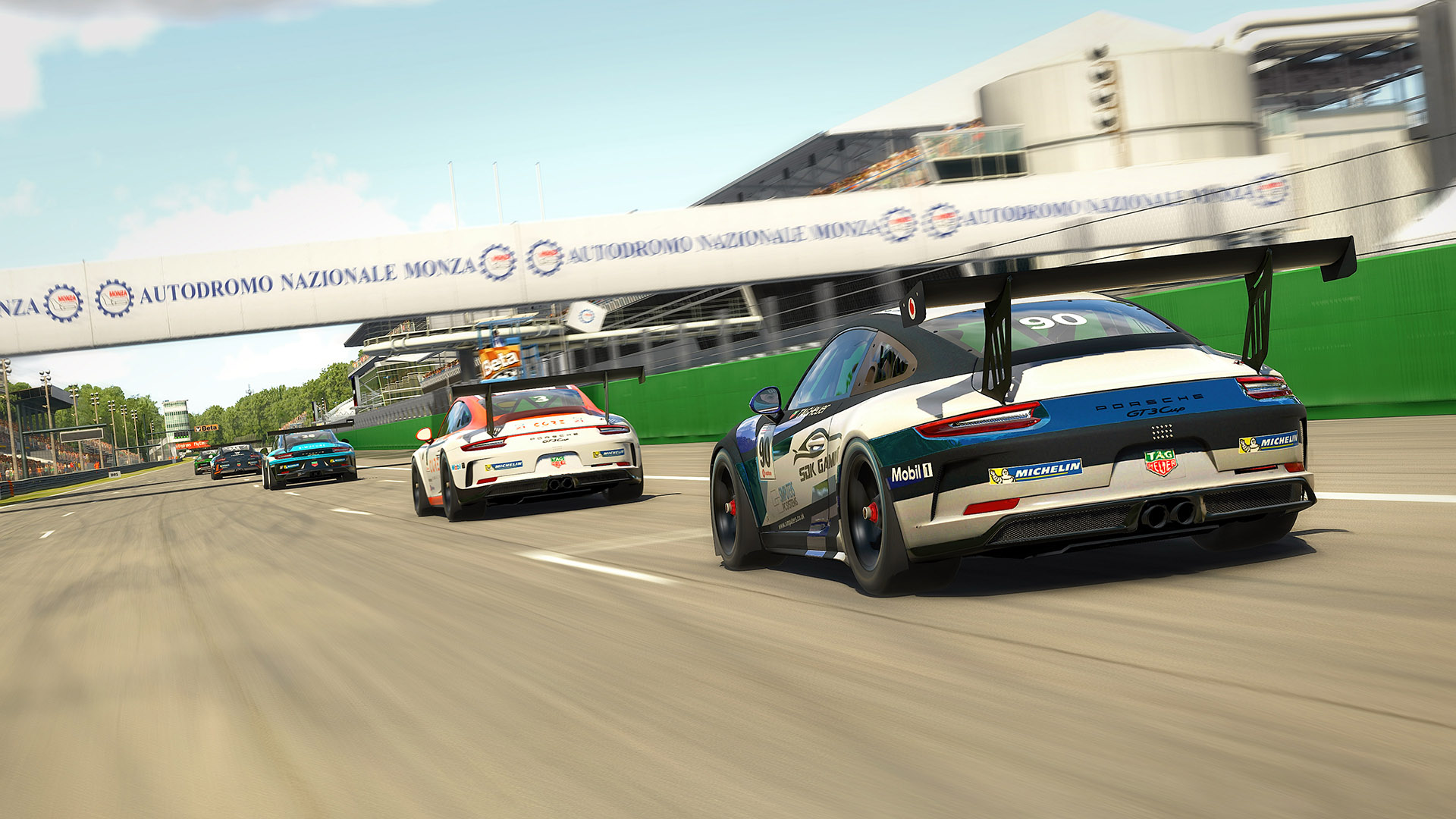 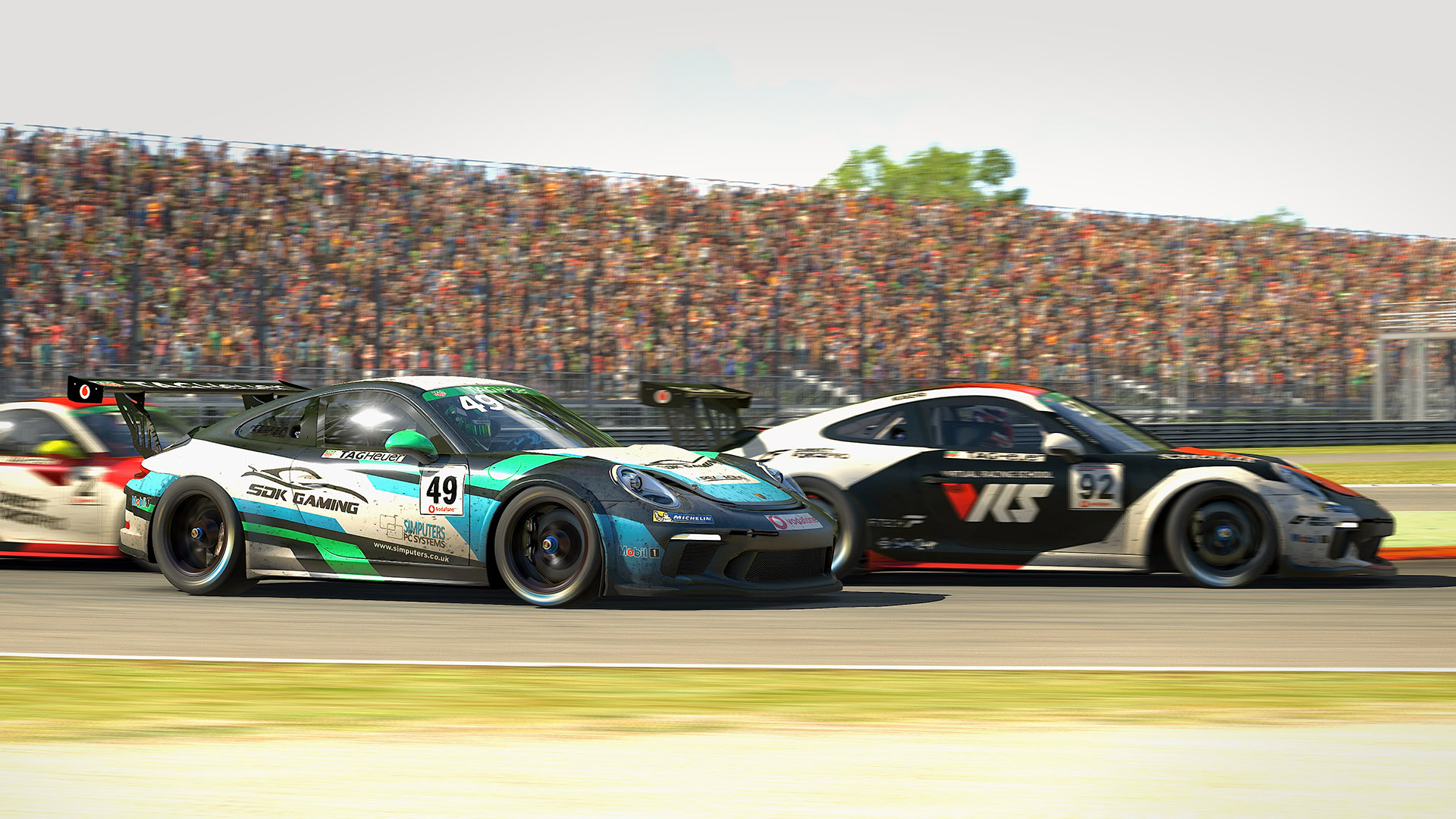 Kevin Ellis Jr. arrived at Monza in fourth place in the standings, ten points clear of Maximillian Benecke. Jamie Fluke and Yohann Harth occupied fourteenth and fifteenth in the standings. For the Northern Irish and French stars, cementing a top twenty position by the end of the day was paramount. Failing to do so would drop Fluke and Harth into the shark infested waters of prequalifying for next season.

In qualifying, Jamie Fluke rose to the occasion and sped around the ‘Temple of Speed’ in 1 minute and 48.840 seconds. Fluke was eighth fastest amongst a tightly contested field. Due to the top eight reverse grid procedure, Fluke found himself on pole position for the sprint race. Twenty-second was far off Kevin Ellis Jr’s usual blistering pace. Jarrad Filsell qualified the #94 machine seventeenth. Following a penalty, Yohann Harth had to start from the rear of the pack.

During the opening fifteen-minute sprint, Jamie Fluke looked at home at the front of the field. Under constant pressure from Graham Carroll, the Armagh ace defended firmly. Despite Fluke’s best efforts, Carroll eventually pushed through to win the opening encounter by a whisker. Nevertheless, a second-place finish booked a crucial haul of championship points for Fluke. 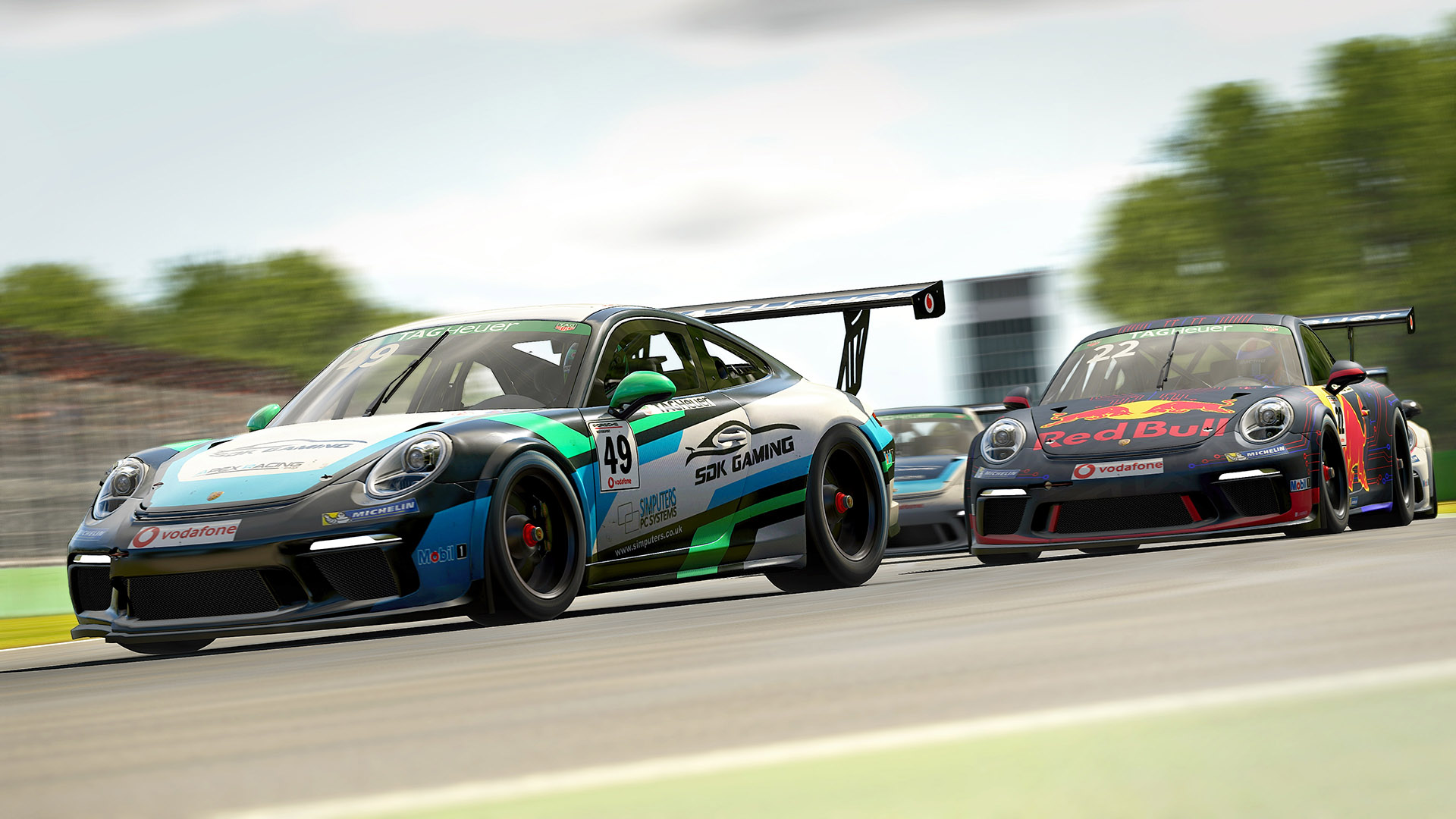 Yohann Harth produced his drive of the season. Starting twenty-seventh, the fast Frenchman hauled his Apex Racing Team Porsche up to thirteenth position. Kevin Ellis Jr. climbed to fifteenth place from twenty-second on the grid. Fortuitously, Max Benecke tripped over another incident at the second chicane and did not finish. As a result, Ellis Jr. looked in prime position to clinch fourth in the championship from iRacing’s highest ranked driver. 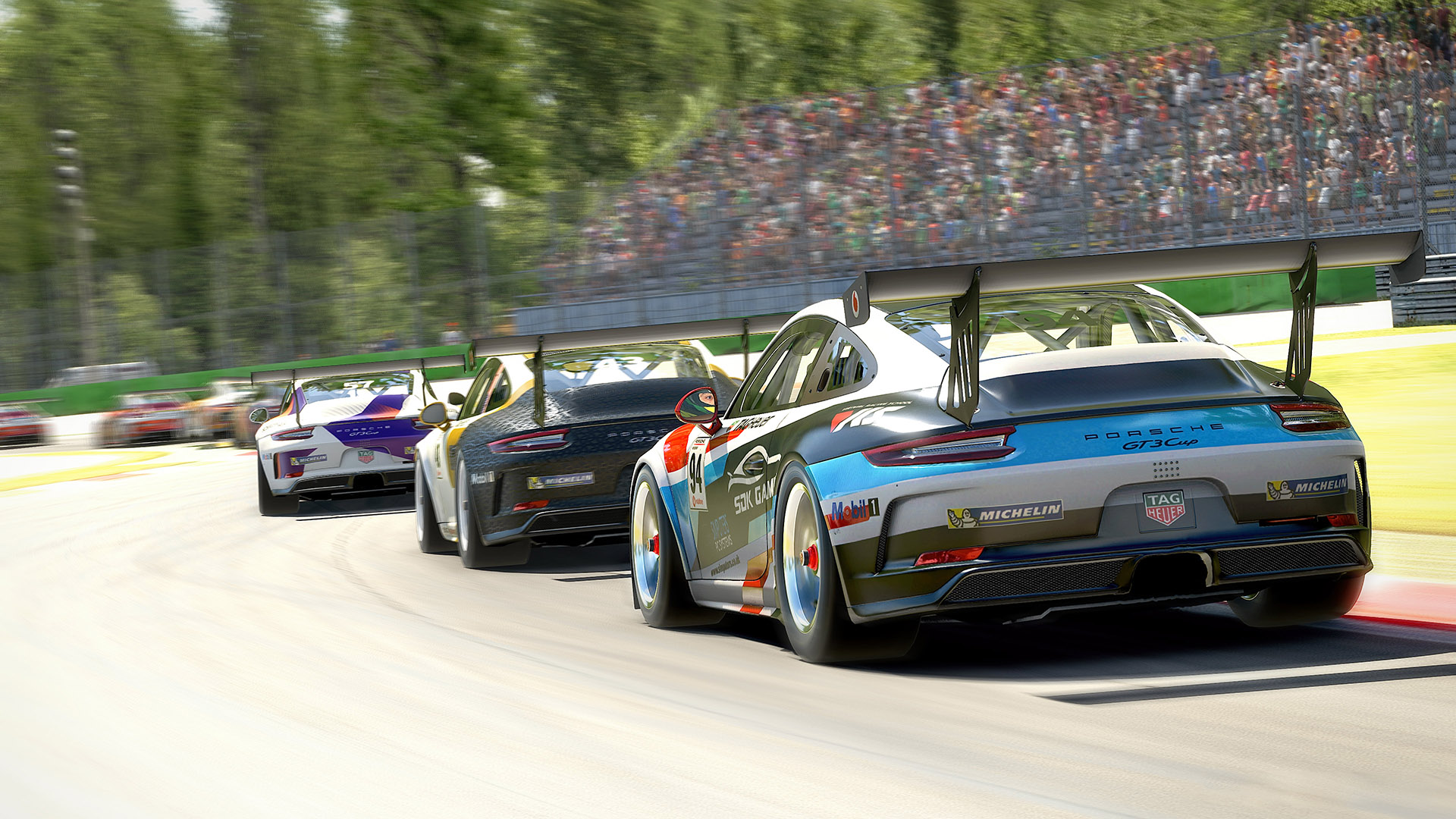 By virtue of an excellent second place finish in the sprint race, Jamie Fluke started on the front row of the grid for the thirty-minute feature race. An unfortunate error early in the race dropped Fluke to sixth but still within the lead bunch. Throughout the race, the tenacious Northern Irishman fought back to fifth place. Sadly, Fluke’s hold on fifth was brief. A tiny nudge from Joshua Rogers at turn one pushed Fluke’s #49 Porsche wide and back to seventh place. Despite a slightly frustrating conclusion to a fierce day’s racing at Monza, Fluke’s performance confirmed a prized berth in the Tag Heuer Porsche Esports Supercup for next season.

Throughout the race, Kevin Ellis Jr. remained embroiled in a battle with Max Benecke for fourth in the championship standings. Ironically, contact triggered by Benecke left Ellis Jr’s Porsche wounded. Unable to deliver the necessary pace due to the damage, Ellis Jr. finished eighteenth. As a result, the ART ace tied for fourth in the standings with Benecke. A top five finish amongst the world’s elite sim racers is quite the accolade for the twenty-two-year-old from Glasgow.

Yohann Harth fought valiantly to tenth place with eight minutes to go. However, a spin from the #31 car of David Williams blocked Harth’s path, sending the French ace into the barrier and out of the top twenty. 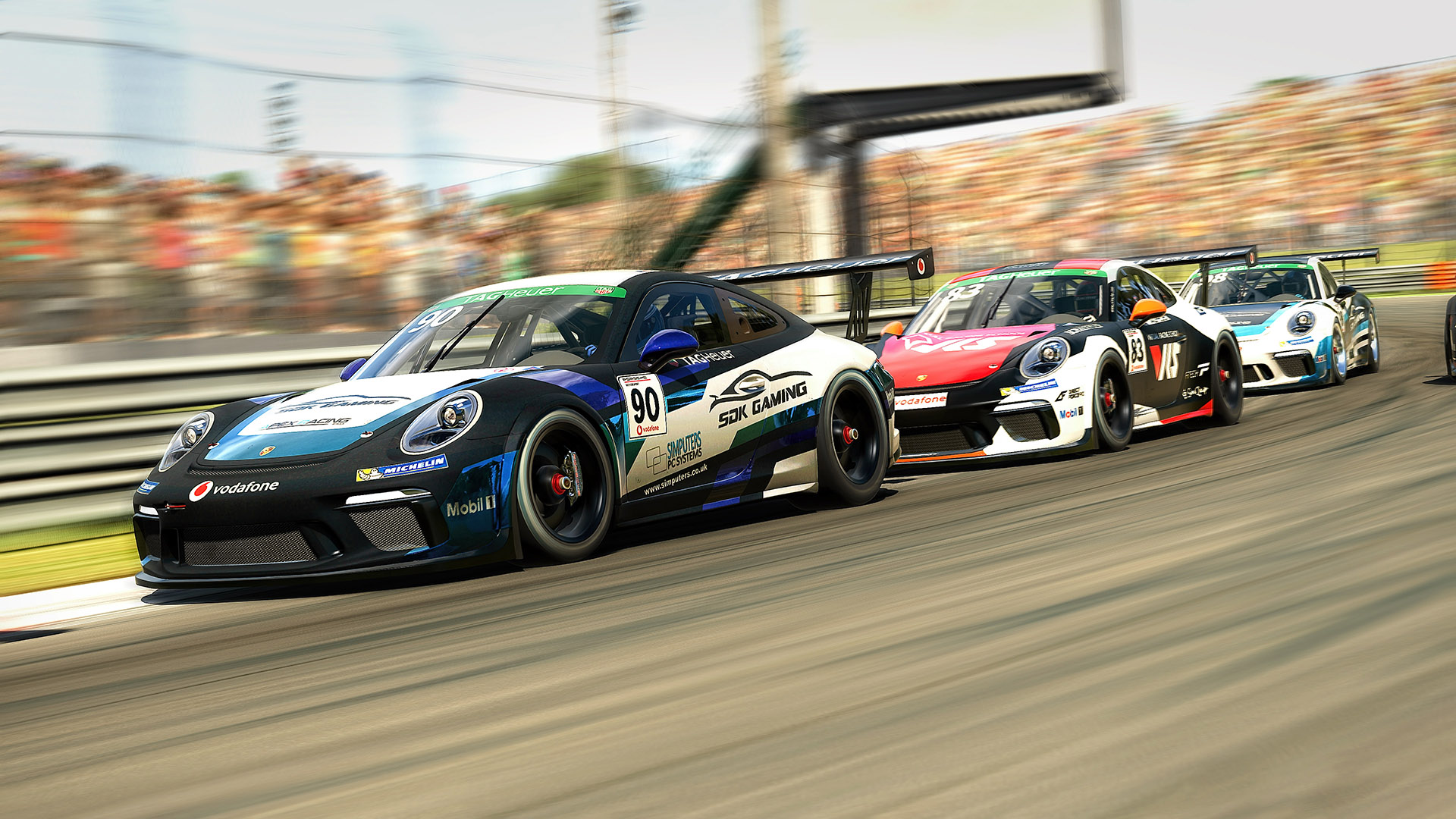 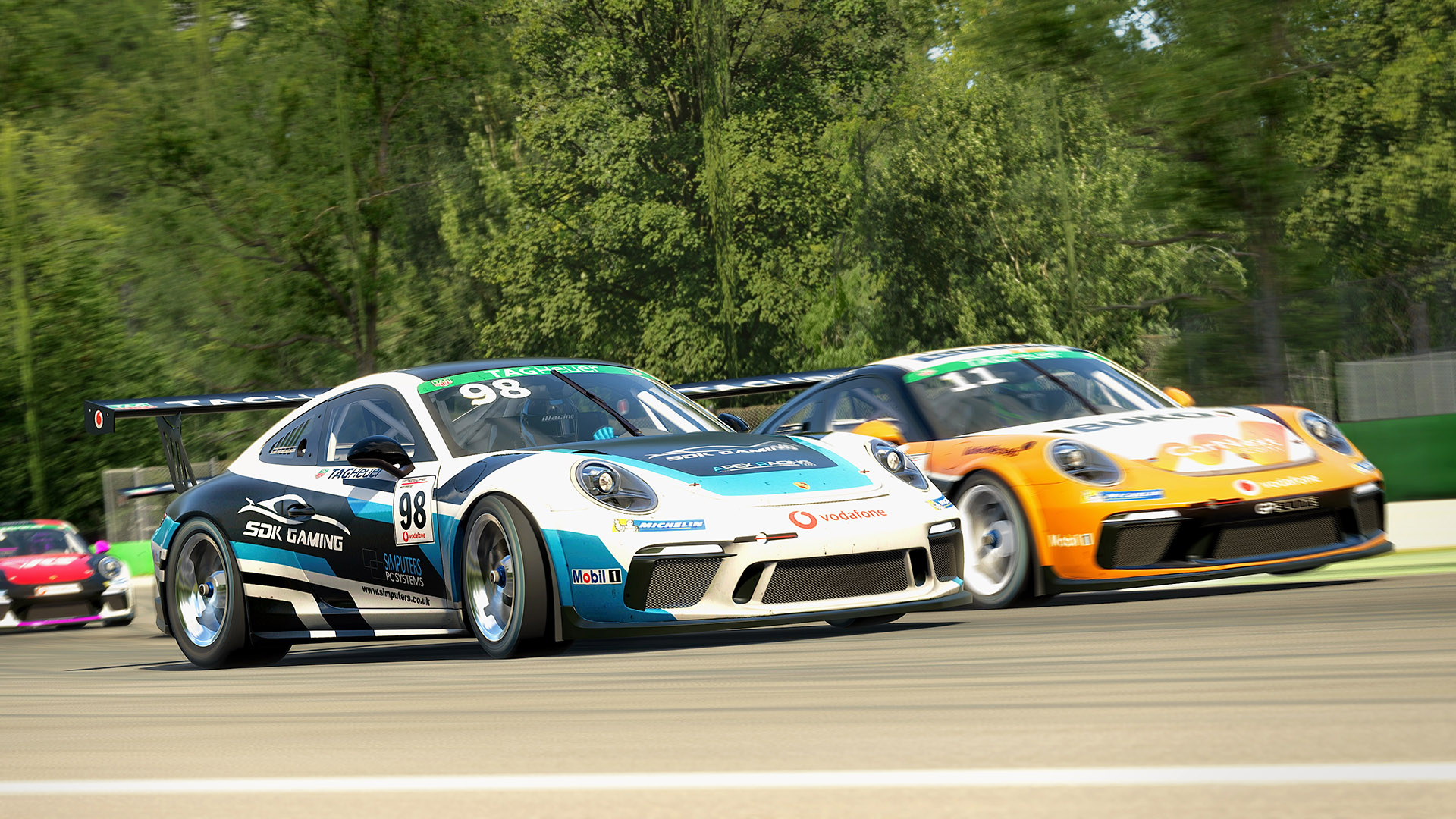 Following the race, the Apex Racing Team drivers gave their thoughts on the final race of a fiercely fought season:

Jamie Fluke: “I did the job I needed to in qualifying by matching my lap time in practice and feeling pretty comfortable with the car. It wasn’t a perfect lap, but good enough to put me on reverse grid pole. I led the first half of the Sprint race, but I decided against fighting Graham too hard for the lead so I could maintain second, with the plan to attack at the end. Unfortunately, I couldn’t make a move work and finished second. For the Feature, I got pinned on the inside for the first chicane and ran deep in the 2nd chicane, the slowdown penalty put me back to sixth. We all scrapped hard for the lead, but last lap contact dropped me to seventh.”

Yohann Harth: “Coming into this race, it was all about damage limitation with my qualifying ban. Everything went perfectly in the Sprint race. I managed to go from twenty-seventh to thirteenth. A huge thanks to George Simmons who did an awesome job spotting for me today. The Feature was just as good for me and I was sitting around the top ten for pretty much the entire race. Then, Jeff Giassi got turned right in front of me at turn one on lap fourteen. There was nothing I could do, I had nowhere to go. So, I fell back to twenty-first. I probably lost fourteenth in the championship because of that crash but I can’t be disappointed. I would have never expected to finish inside the top twenty after such a bad start to the season.
I would like to say a massive thank you to all the guys involved this year. The drivers – Kevin, Jamie, Antoine and Jarrad – but also everyone else in the background. Yes we’re driving, but it wouldn’t be possible without you.” 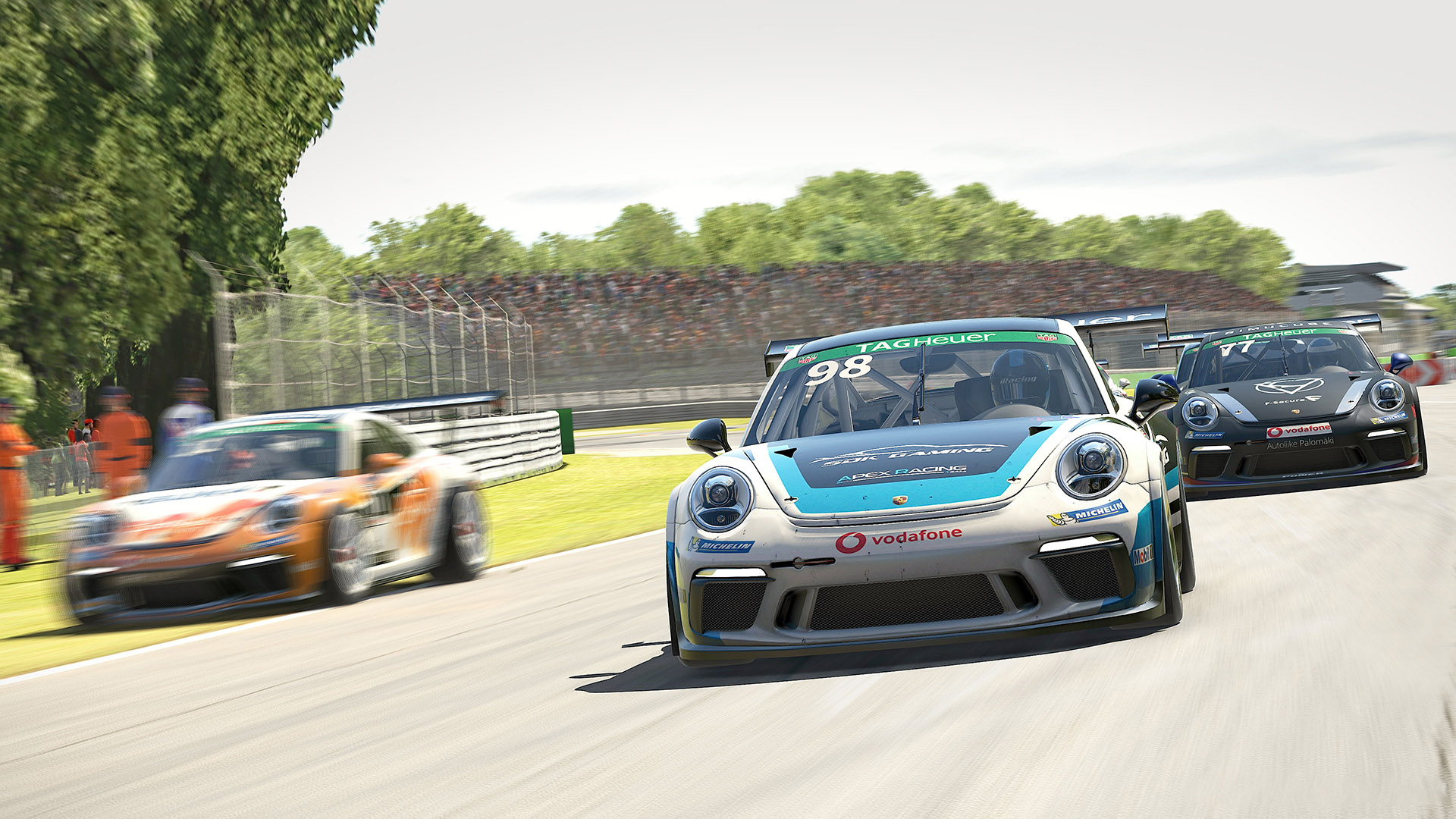