By Peter MacKayOctober 6, 2020No Comments

Petit Le Mans commands a place amongst the endurance classics such as the 24 hours of Le Mans, 12 hours of Sebring and the Rolex 24 at Daytona. In the ever-growing world of sim racing, the virtual Petit Le Mans carries equal prestige amongst the world’s best drivers.

Apex Racing Team’s (ART) superstar duo of Yohann Harth and Michele Costantini engaged in this gruelling ten-hour event. Broadcast live on the iRacing Esports network and with commentary from the legendary Radio Le Mans team, the event attracts the cream of the sim racing crop. Endless high-speed negotiation through traffic is always the order of the day at Road Atlanta. At the circuits blue riband Petit Le Mans event, this is a paramount.

During a frantic solo qualifying session, the world’s elite sim racers traded lap times in the pursuit of pole position. Of course, grid position isn’t so vital for this ten-hour classic. However, a clear view to turn one reduces the risk of contact through Road Atlanta’s snaking opening section. 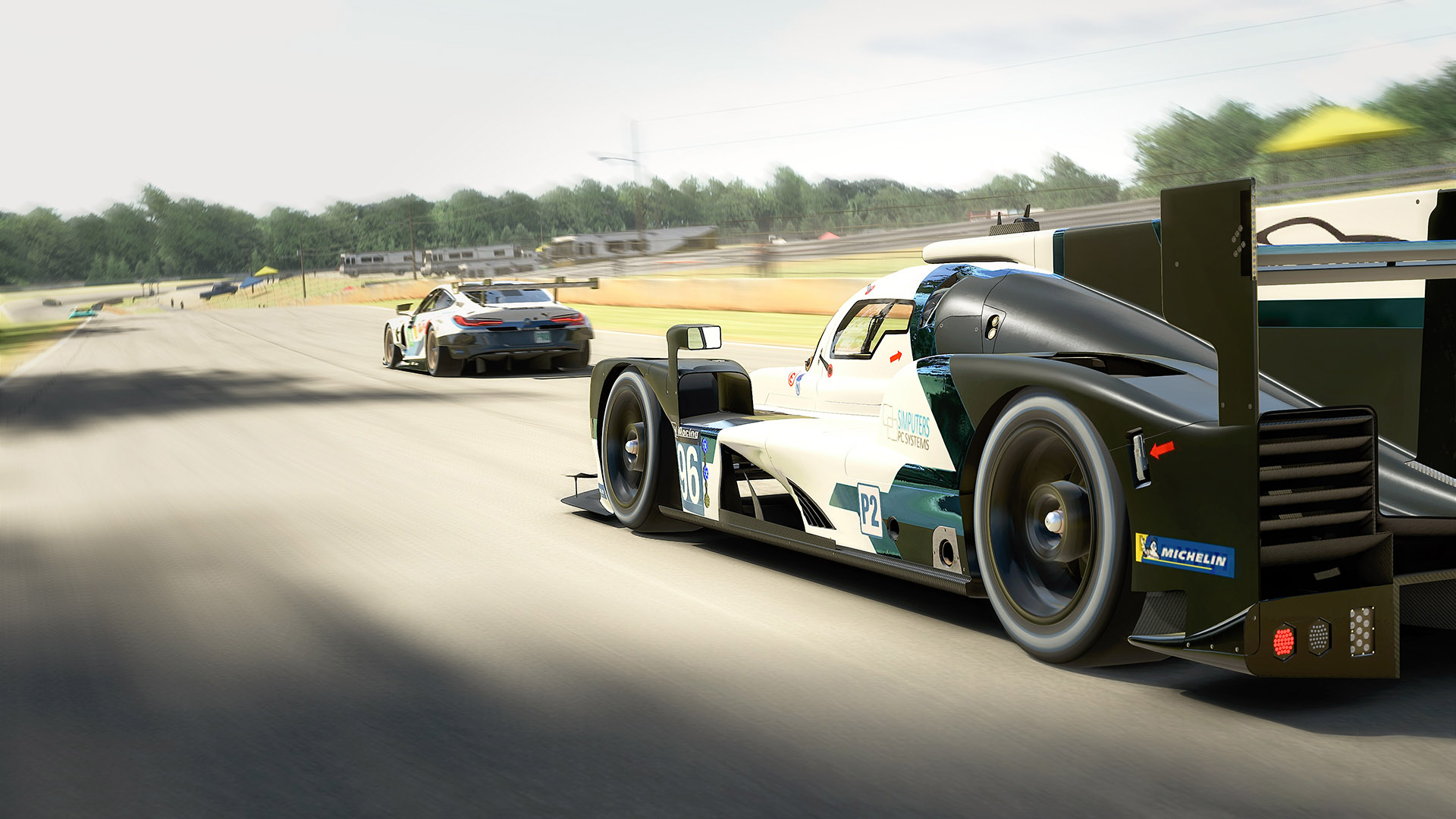 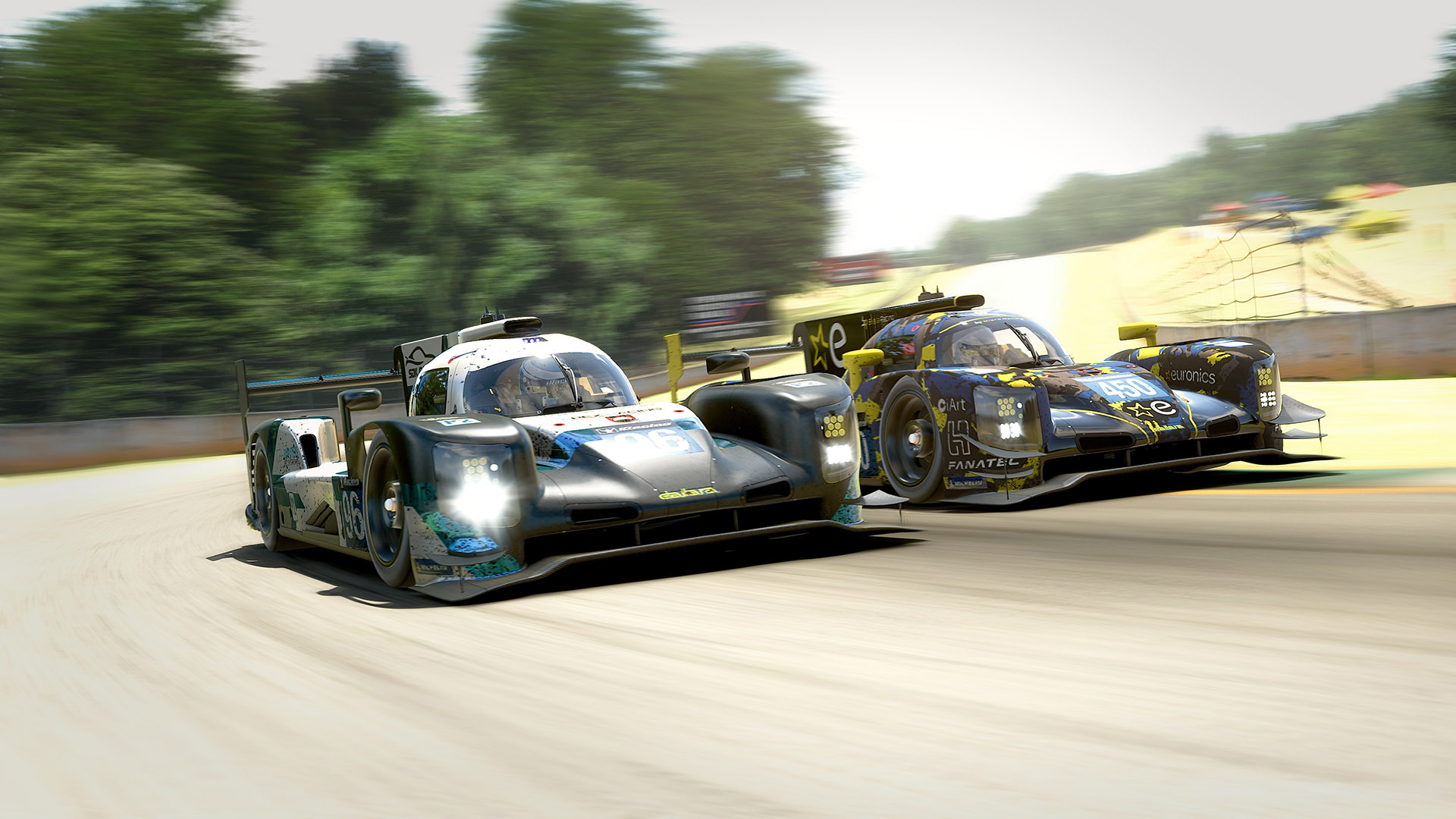 Yohann Harth held the honour of starting the #96 Apex Racing Team Dallara. Polesitter, Max Benecke charged off at the front. In hot pursuit, was Max Verstappen. From fifth on the grid, the Red Bull F1 ace pushed the limits on cold tyres and sped to second.

Playing the long game, Harth settled into a rhythm in fifth place. After twenty patient minutes behind the #43 Logitech Altus Esports car, Harth skilfully avoided an incident immediately ahead. Whilst moving through the endless traffic, the #43 machine collided with a GT3 Audi and tumbled off the circuit. Harth swooped past and pinched fourth place.

After thirty-five minutes, the first of the LMP2 cars came to pit lane for service. First of whom, was the #450 Biela Racing machine. Owned by 2-time Petit Le Mans winner, Frank Biela, this team have some serious pedigree in their corner. Yohann Harth brought the ART Dallara in two minutes later, crucially stretching the stint a lap further and shadowing the strategy of the leading Team Redline cars.

Following a drama free pit stop, Harth settled back into a groove in fourth place. Team Redline Purple’s Matt Farrow shadowed Harth in fifth place. However, Harth’s flow faltered momentarily. Slaloming through the notorious Road Atlanta esses, the nose of the ART Dallara brushed the rear of the Team Redline BMW. Harth continued unharmed but the Team Redline BMW spun violently onto the grass. Avoiding such incidents for ten-hours, is near impossible but a vital component to a Petit Le Mans victory campaign. 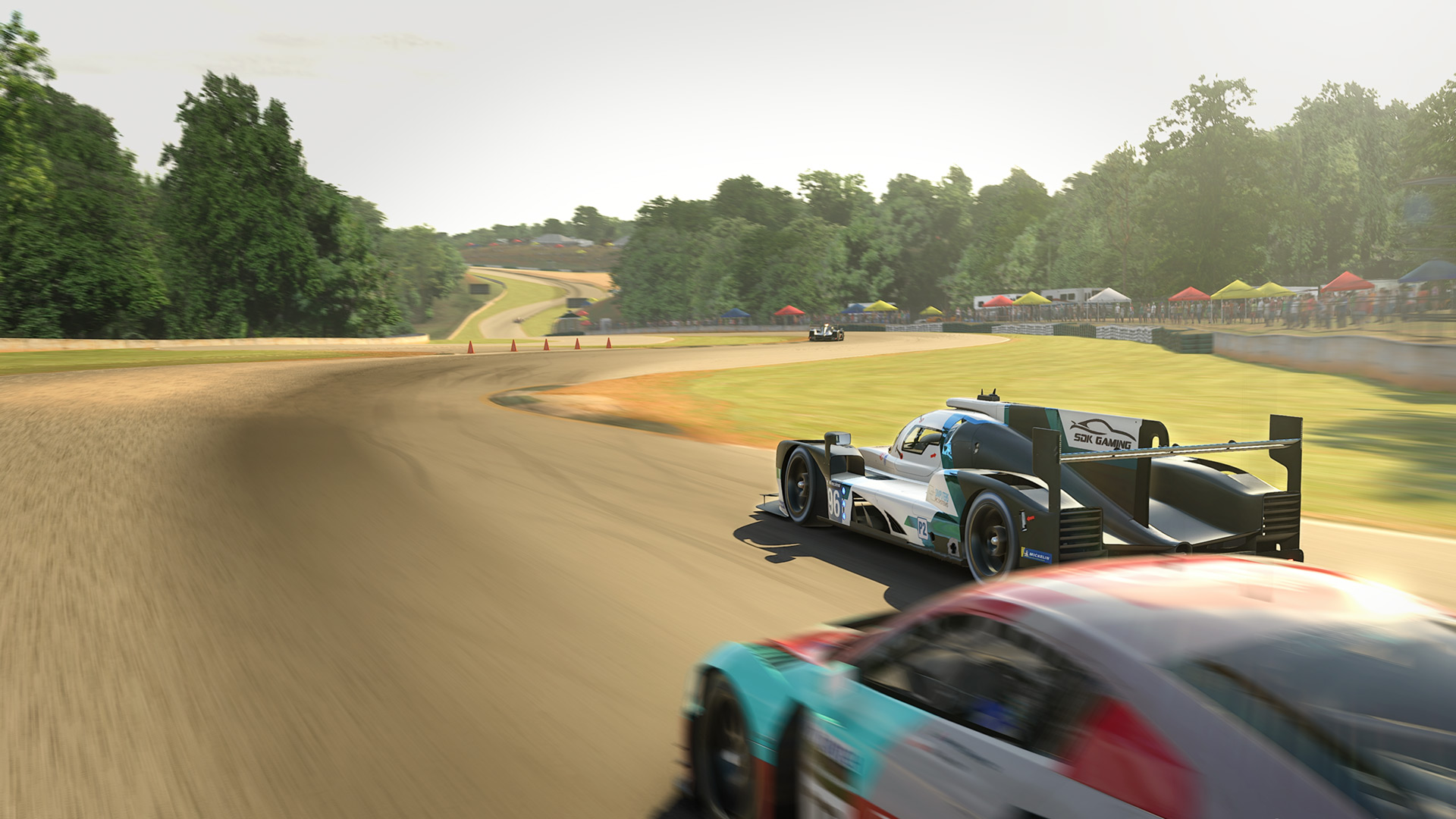 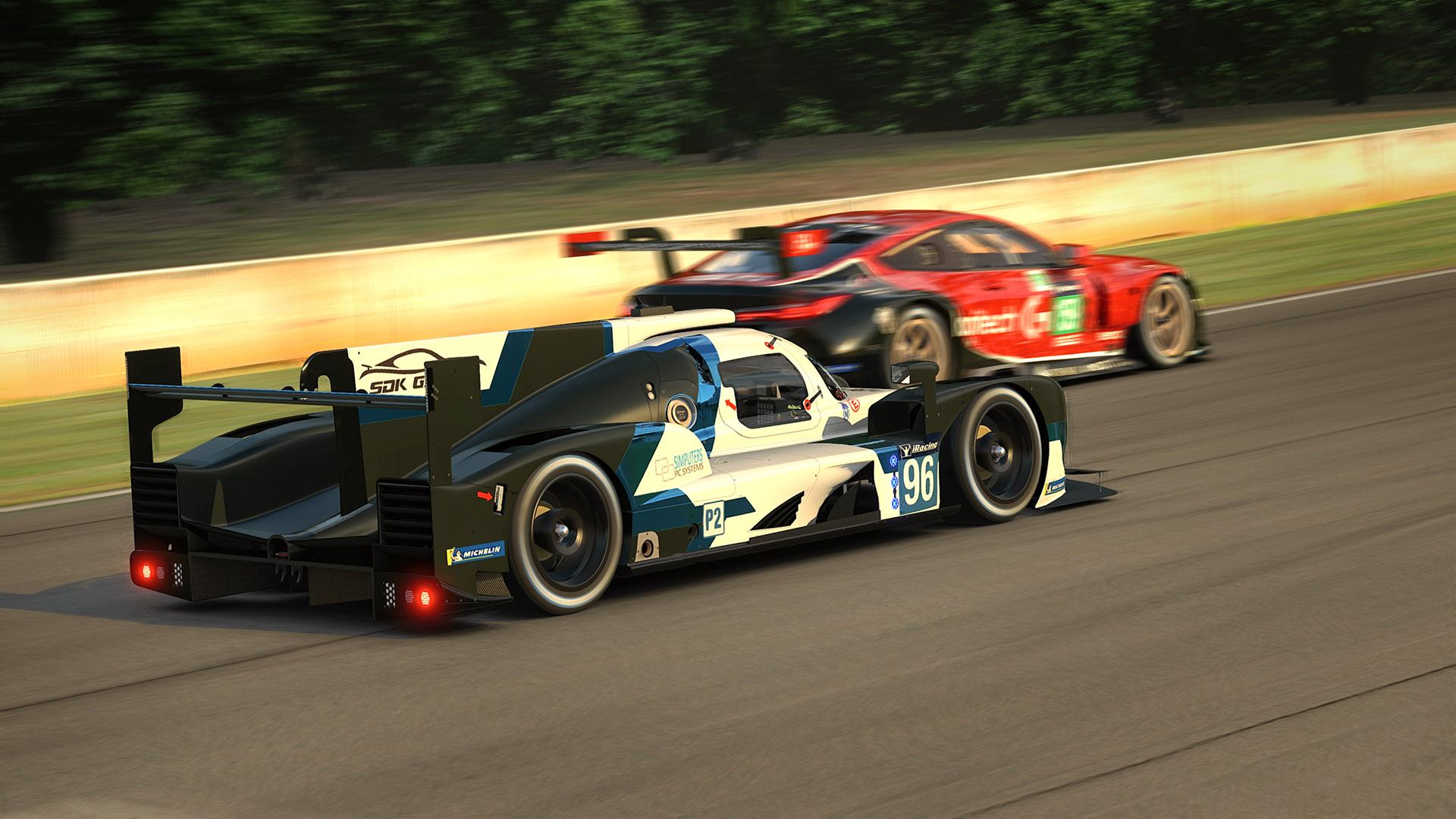 After seventy-five minutes of abuse, the ART Dalllara’s Michelin tyres were destined for the scrap heap. Time for a shiny new set. A racing driver’s dream. Although the ART crew dropped to seventh while changing tyres, the race leading Team Redline Dallara was only twenty-three seconds ahead.

As others faltered ahead, Harth churned out solid lap times and moved to third place after two hours of the race. Thirty minutes later, Harth handed over the reins of the ART Dallara to Michele Costantini.

Costantini immediately had company – the Team Redline Purple Dallara. Flying into the terrifyingly quick turn one, Patrick Wolf attempted to sweep around the outside. A move which rarely bears fruit and often ends in turmoil. Perhaps not surprisingly, the latter proved correct. Costantini correctly held the line but Wolf ran out of road and careered into the barrier. A dramatic start to Costantini’s stint behind the wheel of the ART Dallara P217.

Three and a half hours into the race, the ART crew held third place. Twenty seconds ahead, were the two Team Redline machines with Max Verstappen and Maximillan Benecke aboard. Verstappen-arguably F1’s most exciting driver. Benecke-iRacing’s highest ranked driver. Illustrious company indeed.

Approaching the end of the fourth hour, the ART crew’s hearts simultaneously skipped a beat. Michele Costantini marginally missed his braking point heading downhill to the turn 10 A/B chicane. With a gaggle of GT cars turning into the corner, Costantini displayed rapid reflexes to split the GT cars and run onto the grass. A potential race ending collision, avoided.

With fifteen minutes until halfway, the ART crew caught a significant break. A little way up the road, the pole sitting #7 Team Redline machine clipped a GT3 Audi at turn six. Although the #7 car carried on, ART’s main rival incurred minor damage. Michele Costantini sensed the opportunity and pushed hard to catch the #7 car in second place. Eight minutes later, Costantini constructed an exquisite move on the brakes at turn 10 A and B. After five hours of graft, the ART duo reclaimed their second-place grid position.

After a wonderful stint, Costantini relinquished the cockpit of the ART Dallara to Yohann Harth. The fast Frenchman would race into the Georgia sunset and the final four hours of the race. With around thirty seconds to the overall leader – Max Verstappen – ART were in the hunt for the win. 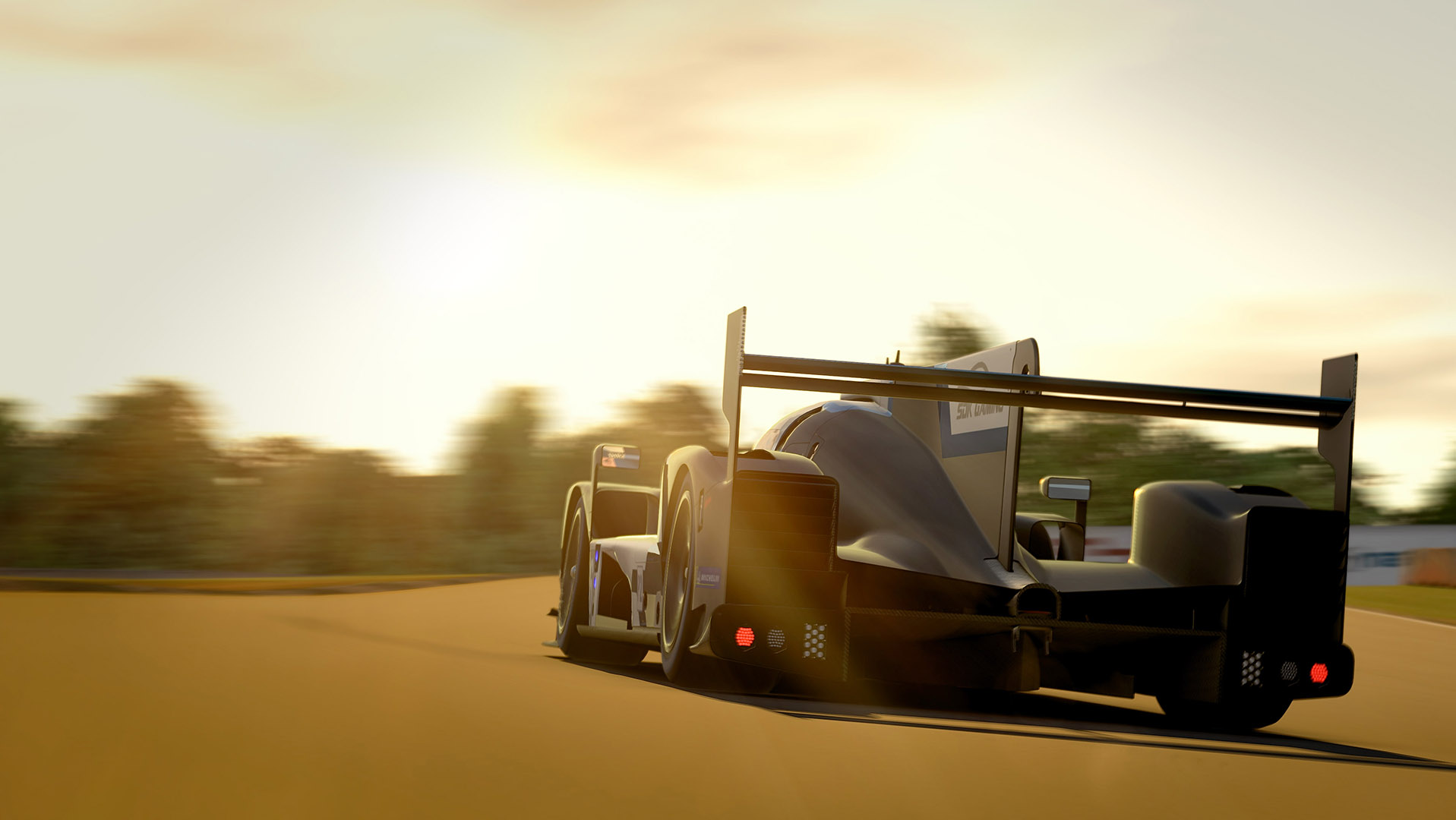 Three- and three-quarter hours to go, following a stop for tyres, Yohann Harth gently brought his Michelins up to temperature. Immediately ahead, the #7 Team Redline car driven by Dominik Farber speared off at turn seven on cold tyres. Advantage ART – to the tune of six seconds – over the pole sitting #7 Dallara.

As darkness loomed on Braselton, disaster struck for the #7 Team Redline Dallara. Only five seconds behind Yohann Harth, the #7 car collided with a GT3 car at turn three and speared into the wall. Thus, allowing the ART team further comfort in second place. 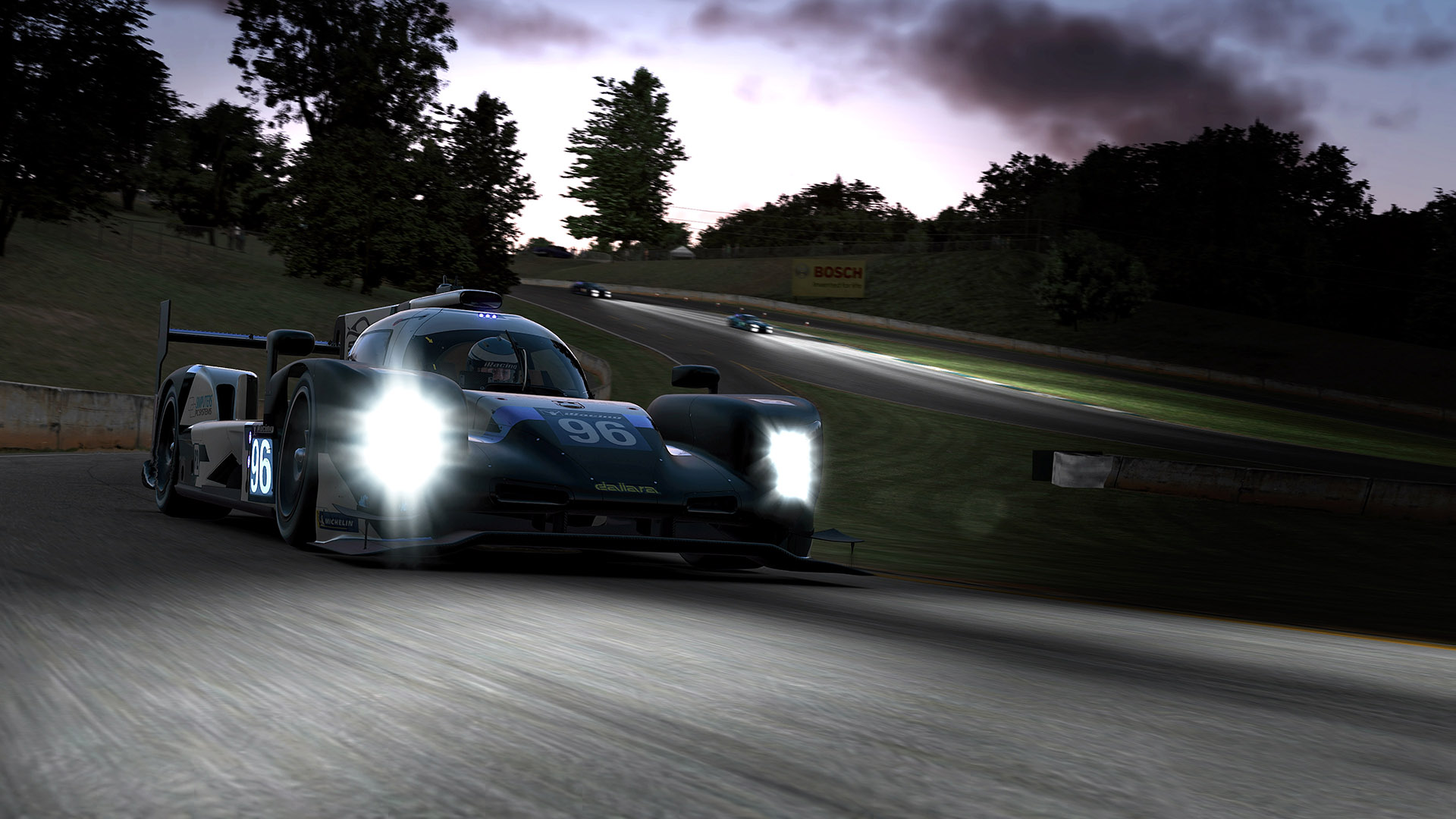 In the depth of the night, Road Atlanta plunged into darkness. With ninety minutes remaining, the Apex Racing Team commanded second place. Michele Costantini grafted behind the wheel, clicking out fast laps. However, a potential fly in the ointment lingered. Race leader, Max Verstappen, fired in the fastest laps of the race under the cool Georgia night sky. In doing so, the Dutchman began to approach the ART Dallara and threatened to occupy the lead lap exclusively.

Despite having superior pace and a comfortable lead, Verstappen resorted to somewhat questionable tactics in pursuit of Costantini. In endurance racing, a flash of the headlights is often a signal to warn another driver of your presence. Particularly if you are racing in a faster class. However, constant flickering of the headlights – as Verstappen endlessly did – is unsportsmanlike. In Formula One, a driver must allow the faster car to pass when the blue flag is shown. Not so, in sports car racing. After such an impressive drive from the nine-time Formula One Grand Prix winner, it seems a shame to spoil this with unsporting behaviour.

Costantini refused to flounder under the pressure from one of the world’s finest drivers. A critical moment in securing a triumphant second place for the Apex Racing Team.

For the Apex Racing Team, a podium finish in such a prestigious event proves the team’s credentials at the very top of sim racing.

Following an exhausting race, the Apex Racing Team duo gave their thoughts on a wonderful day at Road Atlanta:

“It’s another podium for me in the iRacing Petit Le Mans. My fourth in a row.

It was a solid race for us with a few moments on our way back to the podium after a poor opening lap from me. We couldn’t expect more, the Redline guys were too strong at the start and the early advantage they built through traffic in the first 2 hours was too much for us to catch.

We finish the Special Events season on a high note. Now, it’s time for me to focus on the last round of the Porsche TAG Heuer Esports Supercup and the iRacing Rallycross World Championship”

“Considering we’ve had just under a week to fully prepare for this event, I can only be happy about our final result. Qualifying in second with a lap in which I’ve made a couple of mistakes is also something that made me look forward to the race in a positive way. Unfortunately, we lost a few positions at the start which compromised our pace in the first few stints. We were stuck behind other LMP2 cars and then came off worse in traffic. Yohann managed to start gaining back some of the time on the two Redline cars ahead while we were in third. My first time in the car was quite an adventure! I had to pass the Redline purple car early on during my first stint and then, towards the end of my last stint, I also had to pass the Redline red car on track to get up into second place. From then, it was just a matter of me and Yohann being clean, as we had 36 incident points with 5 hours left, so our pace dropped and the gap to the leader increased. We miraculously managed to avoid the incident limit penalty (for fifty incident points) as we finished the race. The bad news is that the gap to P1 was over a lap and the good news is that we still finished in second despite that, so we can be pretty happy about this race.”