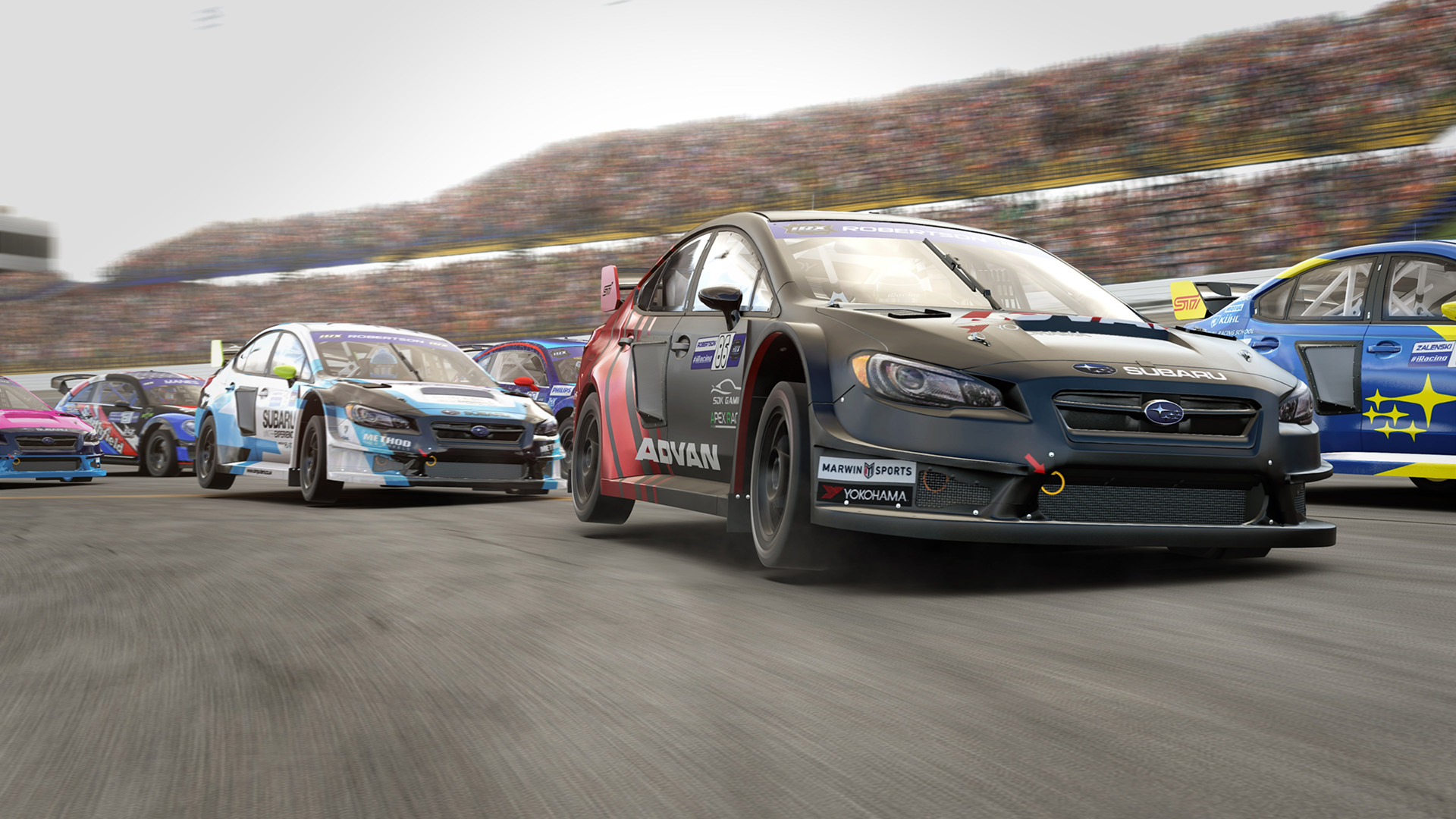 By Peter MacKayOctober 26, 2020No Comments

Advan Subaru stars – Jon Robertson and Yohann Harth – arrived for round three of the iRacing Rallycross World Championship in fine form. A historic one-two finish for the Apex Racing Team pair solidified Robertson’s lead in the championship and lifted Harth to third in the standings. 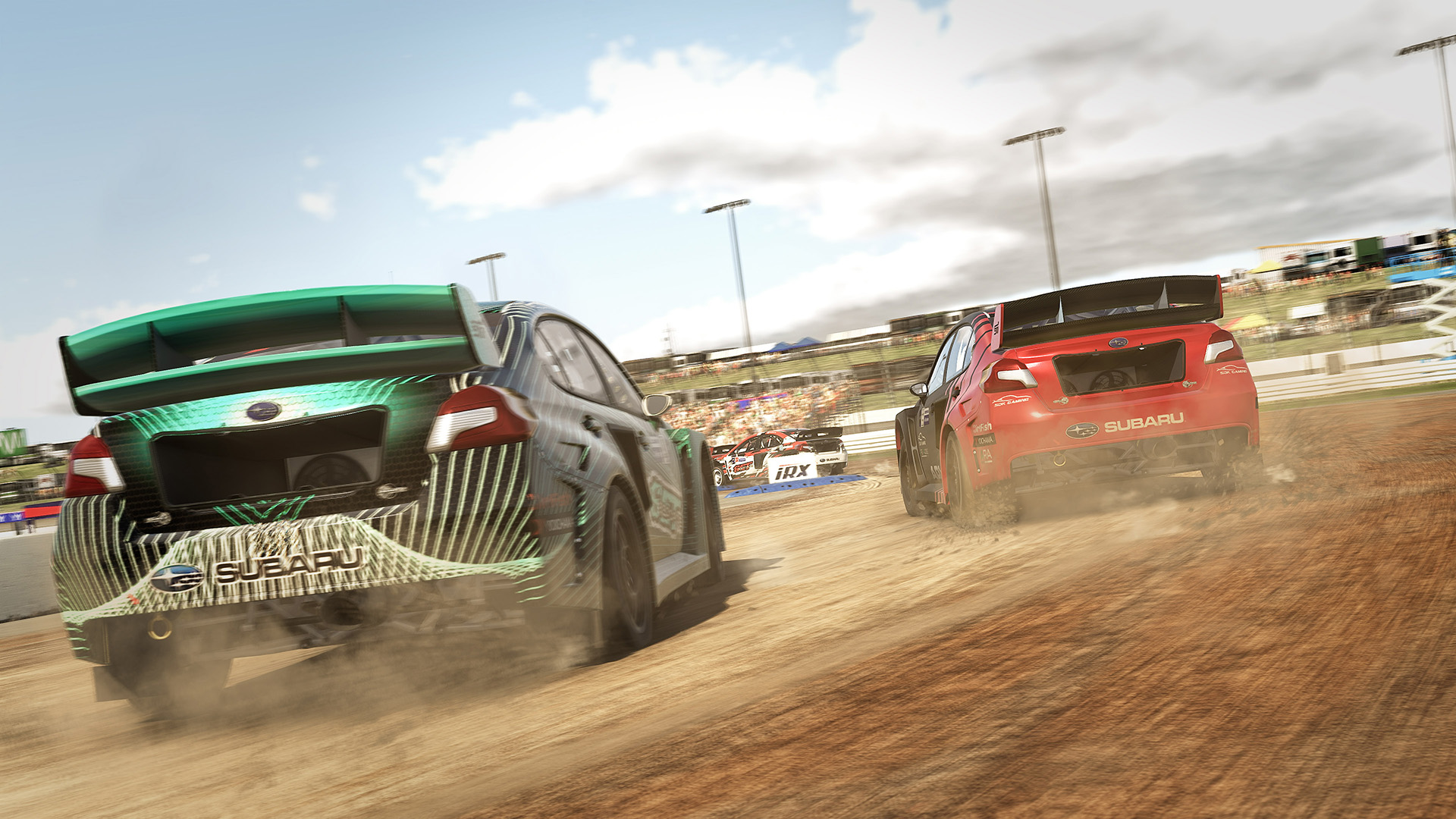 Despite some poor fortune, Jake Robertson has acquitted himself well so far in the Ed Carpenter Racing Subaru. After a difficult Daytona, the young Briton hoped to demonstrate his searing pace at Iowa Speedway.

IRX competitors may choose from several vehicles including the VW Beetle, Subaru STI and Ford Fiesta. Following a dominant start to the season for Subaru, the inevitable grumbles from those not aboard one of the boxer-engine machines from Gunma in Japan have intensified. However, the devilishly tight rallycross course at Iowa Speedway should suit the theoretically superior manoeuvrability of the shorter wheelbase VW and Ford.

By virtue of his leading pace in qualifying, Yohann Harth started the opening heat in pole position, alongside Josh Fox. With minimal fuss, Harth scampered into the lead from pole position. Unlike at Atlanta, Harth delayed his trip to the Iowa joker lane until the last moment, by which point he enjoyed a commanding lead. A dominant victory for the Advan Subaru superstar, rewarded with a prime spot in the feature race.

Both Robertson brothers maintained their respective grid positions in the opening corners. Jake Robertson took to the joker immediately, Jon carried on in his Advan Subaru. 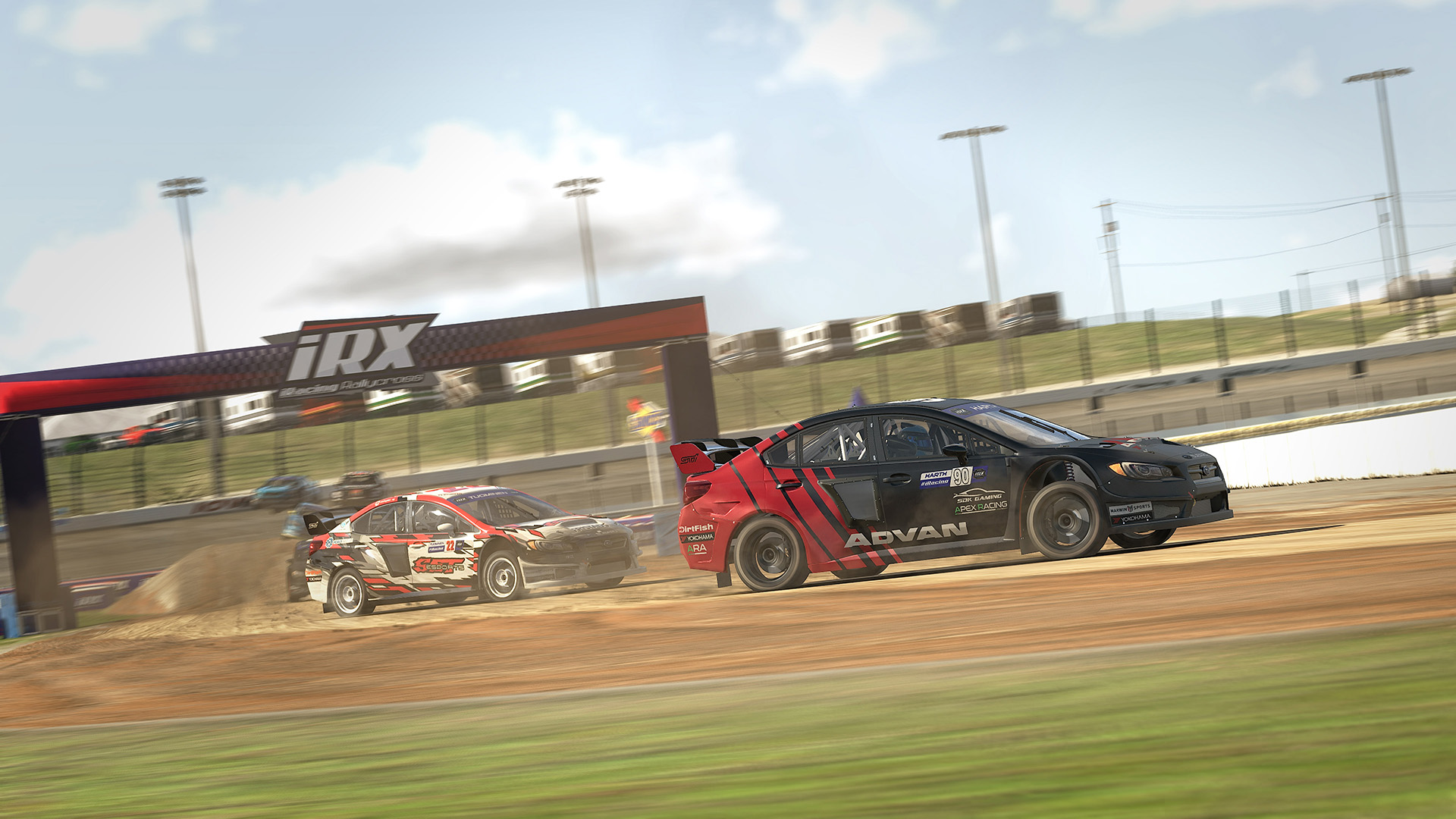 With his fellow early joker lane occupants bickering behind, Jake Robertson escaped to an impressive third place finish. Displaying his championship credentials, Jon Robertson cruised to a comfortable win and joined Harth in the feature race. 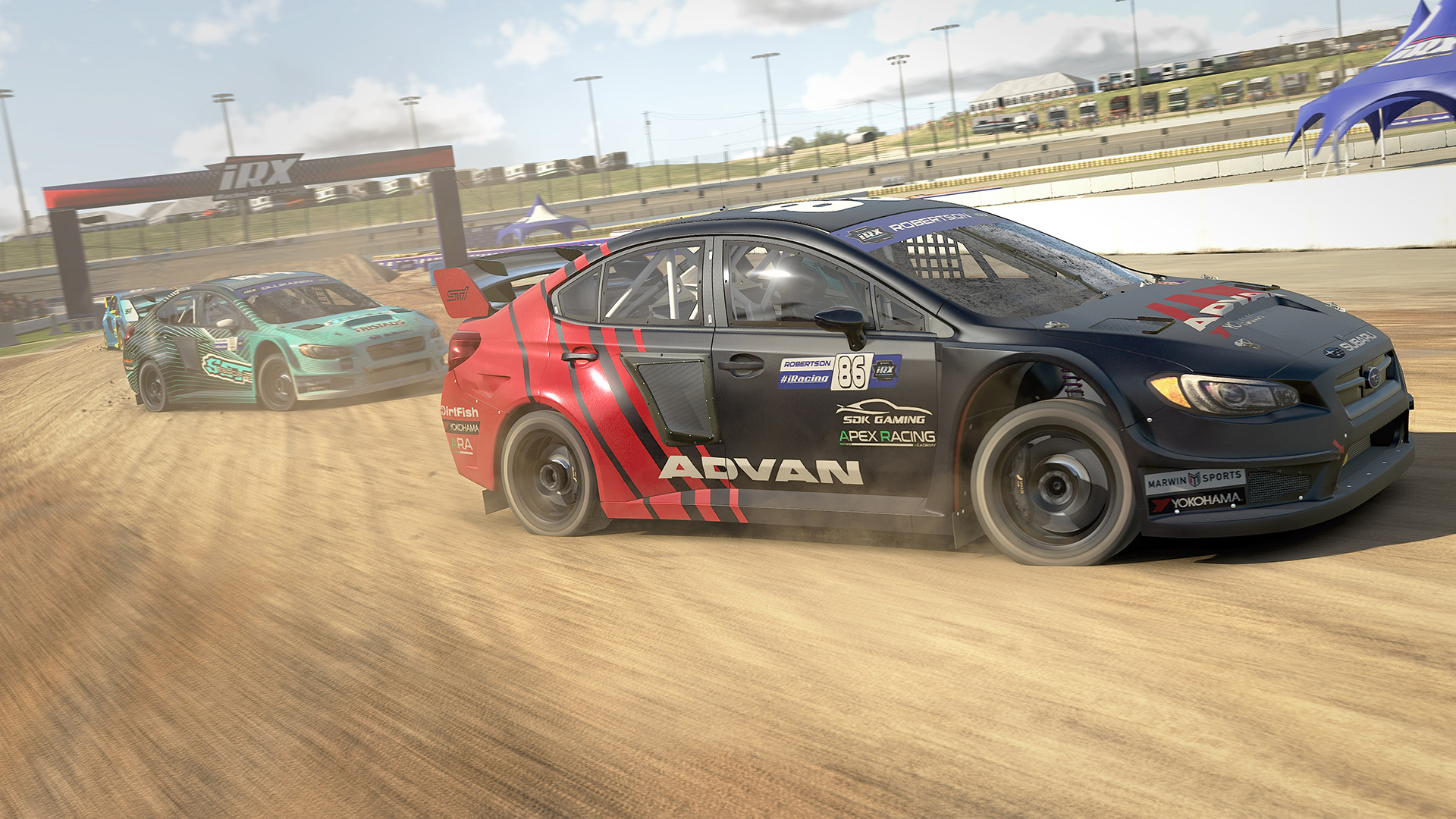 Prior to the feature race, Jake Robertson faced the dreaded last chance qualifier race (LCQ). Nevertheless, the Subaru star started on pole position due to his third-place finish in the heats. Sadly, Jake Robertson’s valiant charge crumbled at the first hurdle. An awkward landing from the first jump sent Robertson’s Subaru spearing into a trackside gantry and back into the path of the chasing pack. Inevitably, the damage sustained in the crash ended Robertson’s day. 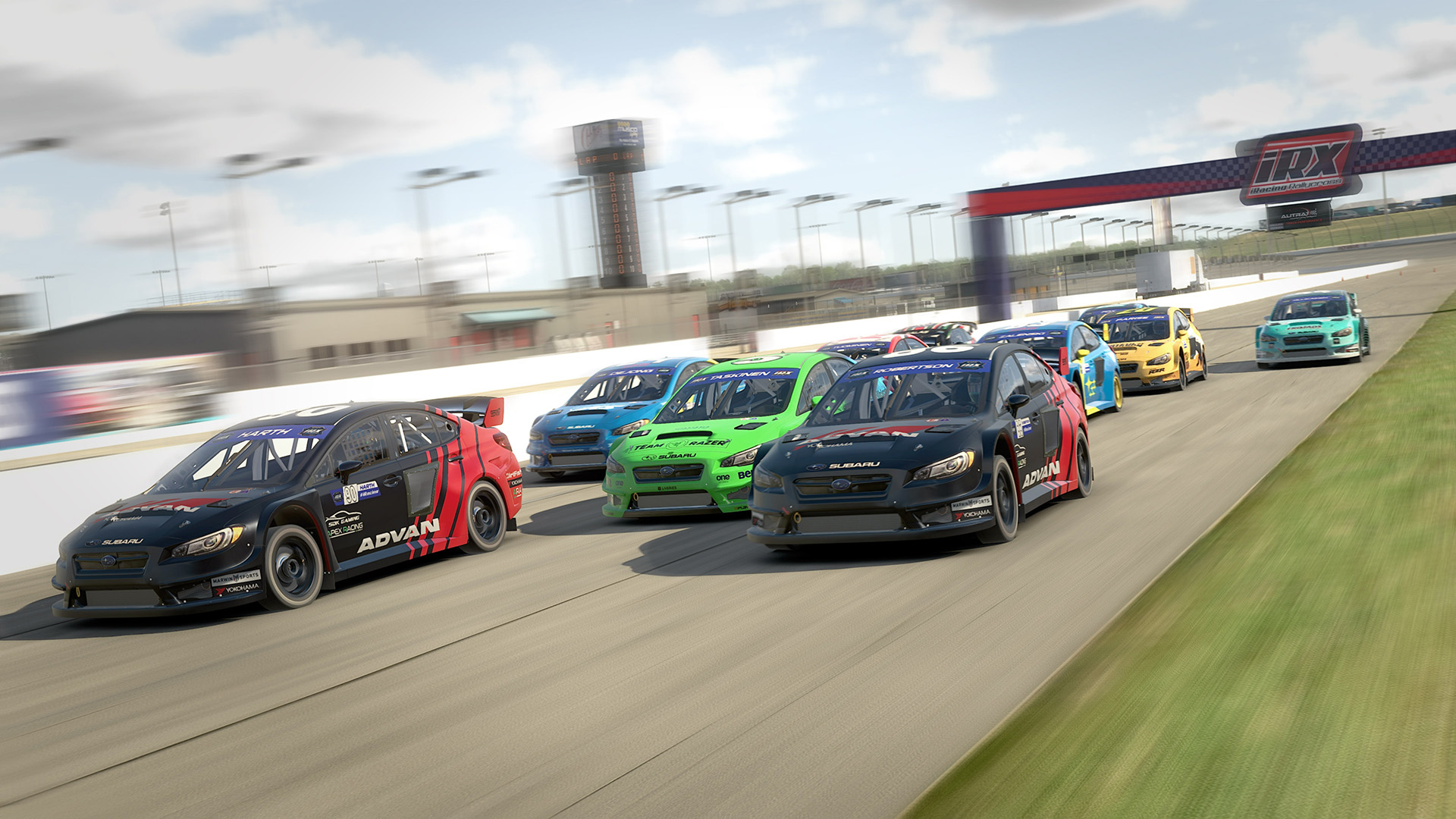 Following the disappointment for Jake Robertson, Advan Subaru’s Yohann Harth and Jon Robertson prepared for a fiercely fought feature race. Harth and Robertson enjoyed the privilege of starting their Subaru’s – resplendent in red and black Advan livery – from the front row of the grid.

After an initial skirmish, Harth pushed into the lead. However, by lap four, the Frenchman’s lead began to erode as Mitchell de Jong applied the pressure. In response, Harth took to the joker lane and emerged ahead of de Jong by a whisker.

Under immense pressure from the mica blue and gold Subaru USA machine of Mitchell de Jong, Harth firmly occupied the racing line. Even a nudge from de Jong on the final lap didn’t fluster the Frenchman.

Harth resisted the pressure and clinched his third career win in IRX World Championship competition. Not only that, Harth’s triumph is the second consecutive win for a fruitful alliance between the Apex Racing Team and The Yokohama Rubber company.

Once the dust settled on another barnstorming IRX event, the Apex Racing Team stars gave their reflections:

Jon Robertson: “I managed to put together a decent lap in qualifying to take second. With Yohann on pole, we secured our second 1-2 of the season. I managed to find clear air in my heat, which allowed me to drive away and take a comfortable win. In the feature, I picked up major damage on lap 1 which compromised the whole race but a great call on the joker from George meant that I still slotted into fourth on the last lap of the race. Overall, I still scored solid points and we’re now leading the team championship by a big margin.” 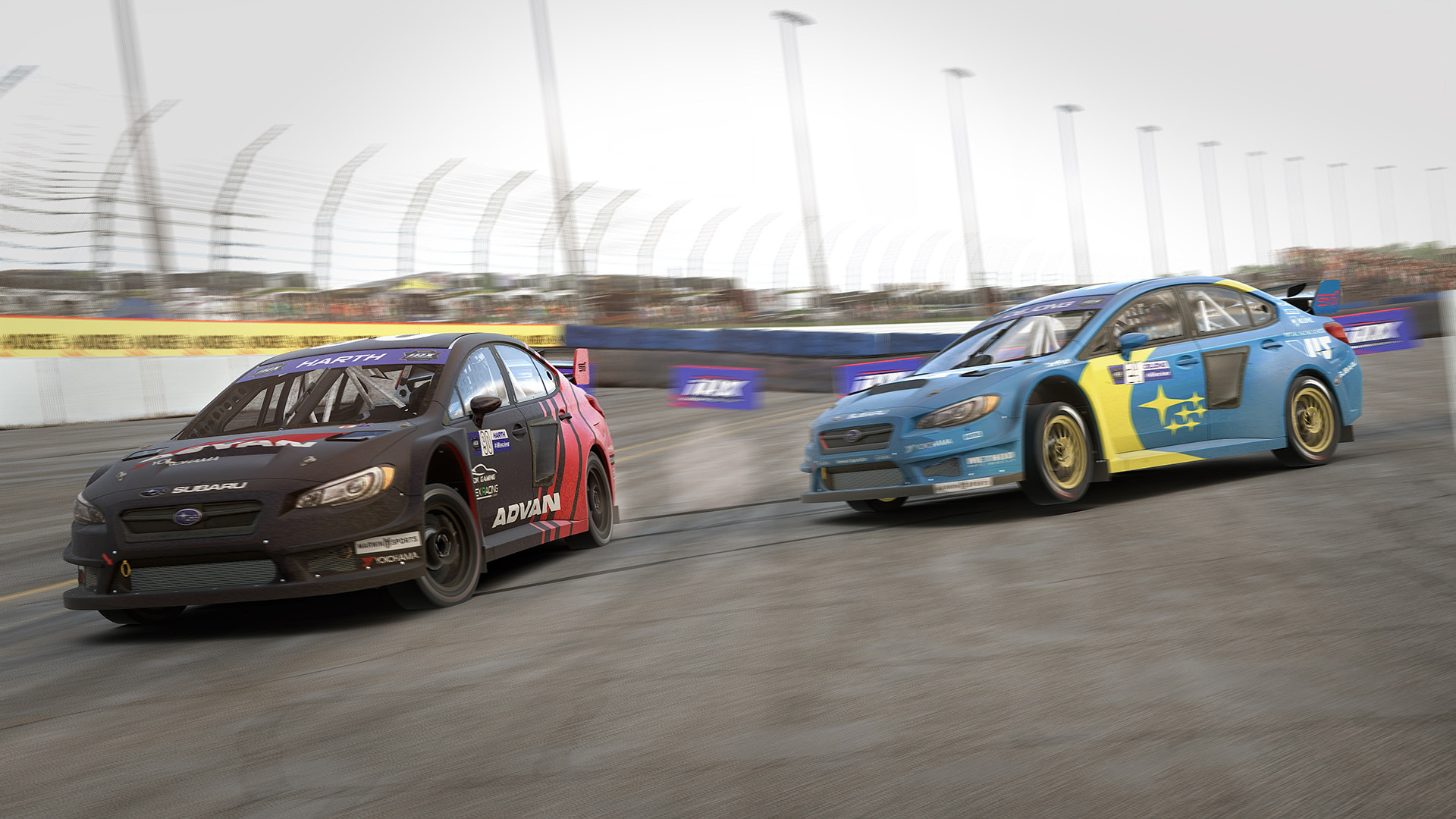 Yohann Harth: “Just…WOW! A few hours before the race my Thrustmaster TS-PC Racer died and I had to get used to my Dad’s T300. Crazy turnaround when you think about it, I  never expected to score maximum points after such a stressful afternoon. The car was amazing this weekend, I put a solid lap together in qualifying. Heat 1 was perfect as well with a 2.5 seconds gap to second place in just 5 laps.
Things were a bit more complicated in the Feature. I had a terrible landing mid race and started losing power lap after lap. On the last lap I was +15kph down coming to the final braking zone. After checking the telemetry, my Subaru’s water and oil temperatures were both close to 120°C when I crossed the line. I’m pretty sure I would have had to retire the car if we had an extra lap. It’s a huge relief to come away with the win. A massive thank you to all the guys for the work on the car.”

Jake Robertson: “I knew I was a few tenths off the pace coming into the round. However, I seem to overperform in qualifying most of the time. This time was an exception where I didn’t get the result I would’ve liked. Starting my heat It was obviously going to be hard to beat Bobby to the transfer spot and after a mistake into the joker it pretty much secured him finishing ahead of me. A very disappointing consolation race saw me anticipate the grip levels horribly. After a good getaway I gripped up on the jump and headed straight for the wall, ultimately ruining my race. Another round where I’m not happy with the result but I’m working hard for Lankebanen next week and hoping for some luck to make the feature this time!” 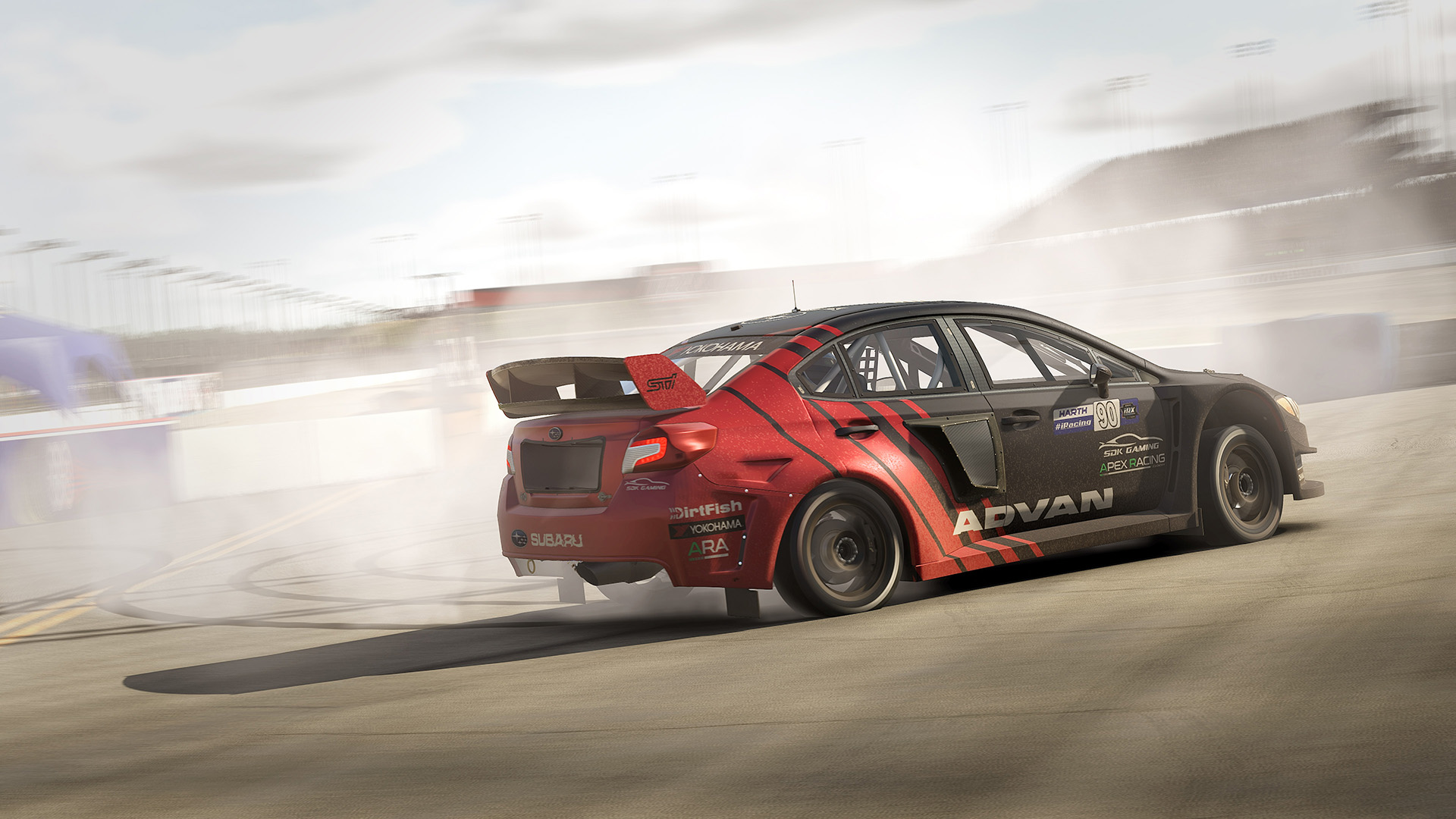